COLUMBUS — Nothing is back to normal yet for Ohio State.

There is some progress on that front, though, and the Buckeyes are starting to finalize plans that could make this year feel a bit more routine for the program.

That starts with actually have a full set of spring practices, which looks like it should be within reach for Ohio State starting next month and building up to a potential Spring Game on April 17. There will still be daily testing, social-distance limitations during meetings and probably no crowd in the Horseshoe for the scrimmage at the end of camp — but it’s better than the alternative.

“But weâ€™re hoping all to be together and not broken up like we were last year.”

The Buckeyes are already ramping back up for winter workouts, they’ve made a coaching hire and a large group of early enrollees are now on campus. So, with that much action already underway, Lettermen Row is starting to peek ahead with Three Questions looming for the program right now with the coaching staff. 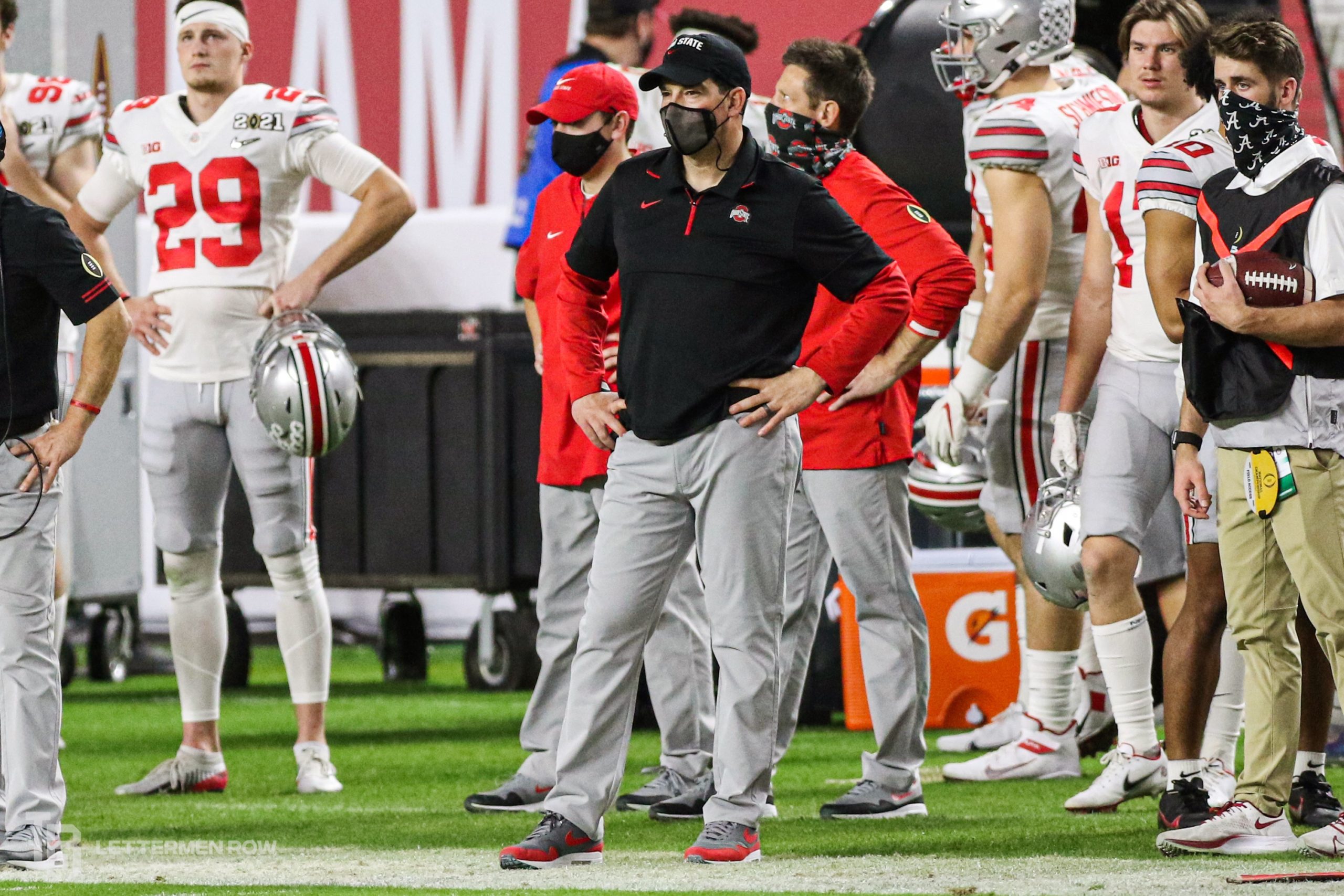 Ohio State coach Ryan Day will have a busy offseason ahead of him. (Birm/Lettermen Row)

Can Buckeyes keep Al Washington around?

Ryan Day appeared to have his third coaching staff at Ohio State all wrapped up last week, but a couple days later the potential for one more change emerged in the form of an aggressive offer for a key assistant. Linebackers coach Al Washington was offered the defensive coordinator job and a huge raise by Tennessee on Sunday, and clearly that gave him plenty to consider about his future.

There are obvious drawbacks to leaving Ohio State right now to join an SEC program that has become a hollow shell of itself and a national punchline for incompetence — even before Tennessee initiated an investigation of its own coach that will likely lead to some form of NCAA sanctions. Washington has earned a raise, there is no question about that. Ohio State also should be able to provide him one, even though it’s likely to be less than the $1.5 million the Vols are dangling in front of him, according to multiple Lettermen Row sources. This situation isn’t expected to drag out long, and there is optimism from the Woody Hayes Athletic Center that Washington will stick around for a third season with the Buckeyes. But that’s a major domino that could fall and dramatically change the offseason for Day.

What will Parker Fleming provide Ohio State after promotion?

The reviews from former players have been glowing, and coaches who have worked with Parker Fleming have repeatedly sung his praises for his work ethic and knowledge of the game. Clearly Ryan Day evaluated the quality control staffer the same way as he moved relatively quickly to promote Fleming into a full-time role leading the special teams after Greg Mattison’s retirement.

Fleming is in his second stint with the Buckeyes, so he is well aware of the expectations and plenty familiar with how the program does its business. The transition should be seamless, especially since he’s not a first-timer as an assistant thanks to his previous gigs with James Madison and Texas State. Still, the job is demanding when it comes to putting together an elite group of special-teams units and helping recruit some of the most talented players in America. Fleming’s development on the coaching staff will be worth monitoring moving forward.

The arms race at the top of college football has included an army of staffers beyond the full-time assistants, and for the most part Ohio State has only dipped a toe into those waters. But multiple sources have indicated to Lettermen Row that Day is prepared to bring in some coaching veterans to serve in analyst jobs this offseason, and the search for options appears to be narrowing down to the final options.

Former Iowa State coach Paul Rhoads seems to be emerging as a top candidate to lend a hand defensively, and his experience could help replace some of what was lost with Mattison’s retirement. And offensively, Day could have a spot for a familiar face from his past with former Boston College passing-game coordinator Todd Fitch shaping up as a candidate after serving as the interim coach late last year at Vanderbilt. The Buckeyes aren’t going to go crazy cramming in as many bodies as possible to the coaching staff, but when the right fits are there, Day is prepared to make moves.