The Buckeyes signed the No. 2 recruiting class in the nation this year, marking their highest ranking since 2018. They’ve also put together the top class in the Big Ten four times in the past five years — and individually the honors are stacking up as well.

McCord led his Philadelphia (Pa.) St. Joeâ€™s Prep team to a perfect 6-0 record last fall, capped off by a win in the PIAA 6A state championship where he threw four touchdown passes. The country’s third-ranked quarterback finished his high school career throwing forÂ 6,887 yards and 88 touchdowns. He enrolled at Ohio State this winter, immediately competing for the starting quarterback job with C.J. Stroud and Jack Miller.

It still seems like Stroud’s race to lose, but McCord impressed in the spring game.

â€œI just think itâ€™s getting more and more reps and trying to get better with each play,â€ Ohio State coach Ryan Day saidÂ this spring. â€œThe thing you canâ€™t do is you canâ€™t run at every single play all different coverages every single practice. So what you have to do is you have to be able to play the plays in your mind. Play with an imagination, put the work in off the field. Because if you can solve some of those problems on your own, not just when you walk in the building and when youâ€™re out at practice, youâ€™re going to accelerate your learning.

â€œI think [McCord] has done a good job of that. I think he can continue to get better at it because thatâ€™s a huge part of the game.â€ 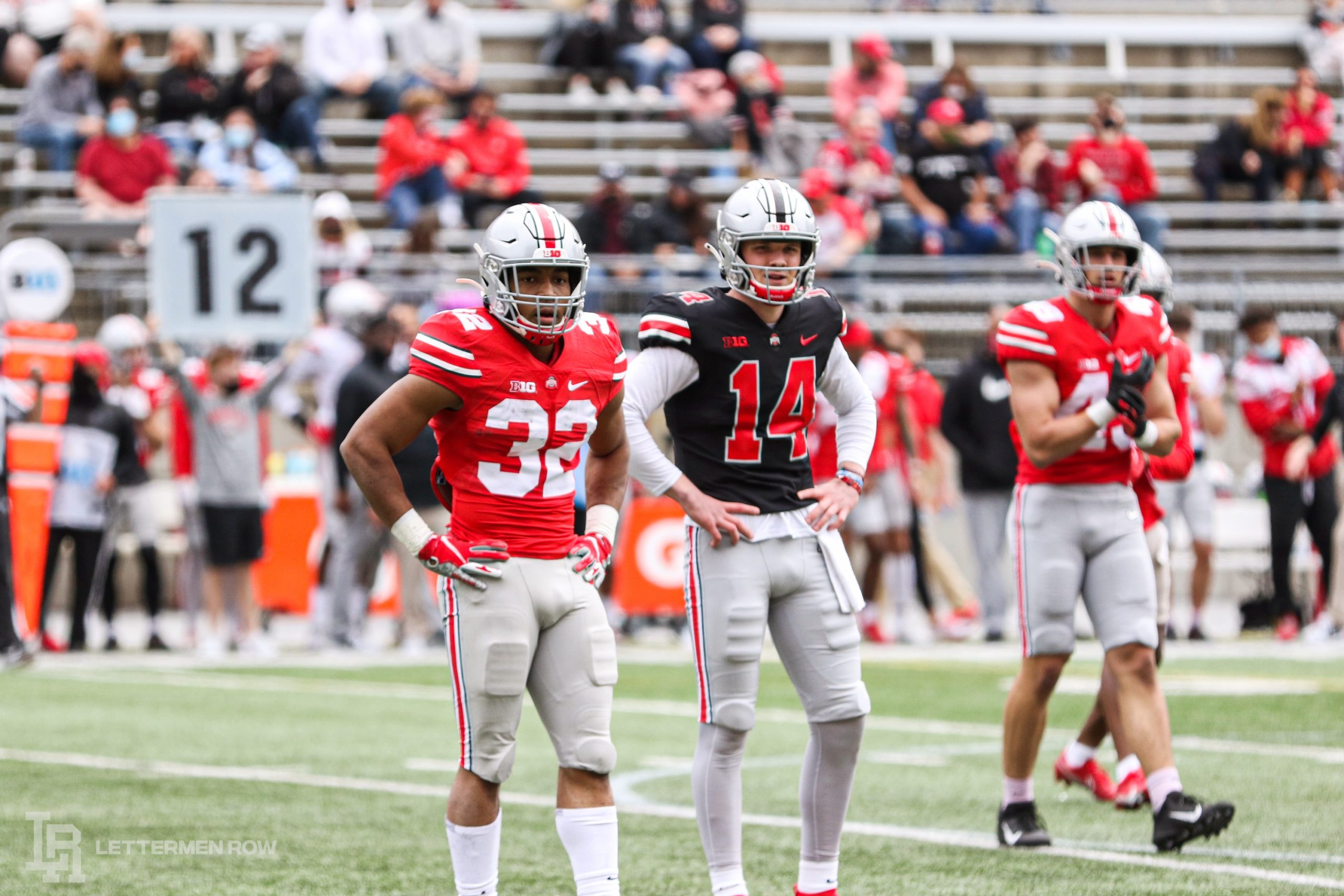 TreVeyon Henderson and Kyle McCord have both been named their state’s Gatorade Player of the Year. (Birm/Lettermen Row)

Egbuka won Washington state’s Gatorade Player of the Year in 2019-20, when he caught 65 passes for 1,427 yards and 22 touchdowns. He also stood out on the defensive side of the ball, notching 28 tackles and seven interceptions, returning a pair for touchdowns.

Another early-enrollee at Ohio State this spring, Egbuka is already in the mix for playing time this fall with fellow freshman wideout Marvin Harrison Jr. Both have added depth to one of the most talentedÂ positional units in the nation.

Henderson won Virginia’s Gatorade Player of the Year award as a junior in 2019-20, too. The running back rushed for 1,989 yards and 39 touchdowns on 157 carries, averaging 12.7 yards per carry. He also caught 15 passes for 251 yards and four touchdowns, along with an averaging 40.0 yards per kickoff return.

A five-star recruit, he’s entered the mix at running back as an early-enrollee. Master Teague is the incumbent, but Henderson’s been high-praised for his ability to run between the tackles.

â€œI thought TreVeyon was very good with the football, which most running backs are who are talented like him,â€ Ohio State offensive coordinator Kevin Wilson said. â€œBut he really impressed me as a young player stepping up in pass pro, taking on some of our linebackers in the blitz pickup periods that we did, and he caught the ball â€“ you saw that in the spring game [with five catches] â€” very well out of the backfield.

Kyle McCord is a finalist for the national Gatorade Player of the Year award and could become the first Ohio State recruit to win the award since Tate Martell in 2016-17.

But McCord isn’t worried about the award. HisÂ focus is now on his career with the Buckeyes alongside a handful of other Gatorade Player of the Year winners already on the roster.