COLUMBUS — Ohio State wants a season, and its players are speaking up to try to ensure one.

During one of the busiest weeks of these unprecedented, uncertain times, the Buckeyes capped it on Friday by releasing a letter that addressed almost all of the factors that have risen to the forefront when incomes to playing games this fall.

The option to opt out, the COVID-19 safety protocols, player exploitation were all tackled in a social-media post shared by three-time captain Tuf Borland, backing up similar public comments that teammate Josh Myers made earlier in the week about why the Buckeyes feel comfortable proceeding with a season.

â€œI feel pretty strongly about this, and if the question didnâ€™t come up, then I was going to say it at the end anyway,â€ Myers said during a teleconference on Tuesday. â€œI think my level of comfort in our safety is really high. Thereâ€™s nothing more than our coaches and trainers and staff at Ohio State can do to keep us safe. I canâ€™t say enough about what theyâ€™re doing, and I would say that my level of concern of safety is small â€” Iâ€™m not concerned.

â€œI personally am confident that weâ€™re going to have a season, and I really wanted to say that with restaurants being open, bars open, other places that are open where people have the freedom to do the things they want to do â€” which really are probably minuscule in the importance of their lives â€” I just feel like if people our age can do those types of things, then I strongly feel like that if I want to, I should have the choice to play a college football season. I feel like itâ€™s even a safer environment being around my teammates and in the facility and staying where itâ€™s clean and safe. I think thatâ€™s a safer environment than being anywhere else and going to restaurants and things like that. So, I just wanted to voice my opinion on that. I strongly, strongly believe that. I have all the faith in the world in our coaches and trainers that theyâ€™ll keep us safe all the way through this thing.â€

The Buckeyes doubled down on that with a letter collectively signed by the athletes on campus. Read it in its entirety below and stick with Lettermen Row for more coverage as Ohio State continues with training camp with an eye on playing a full schedule. 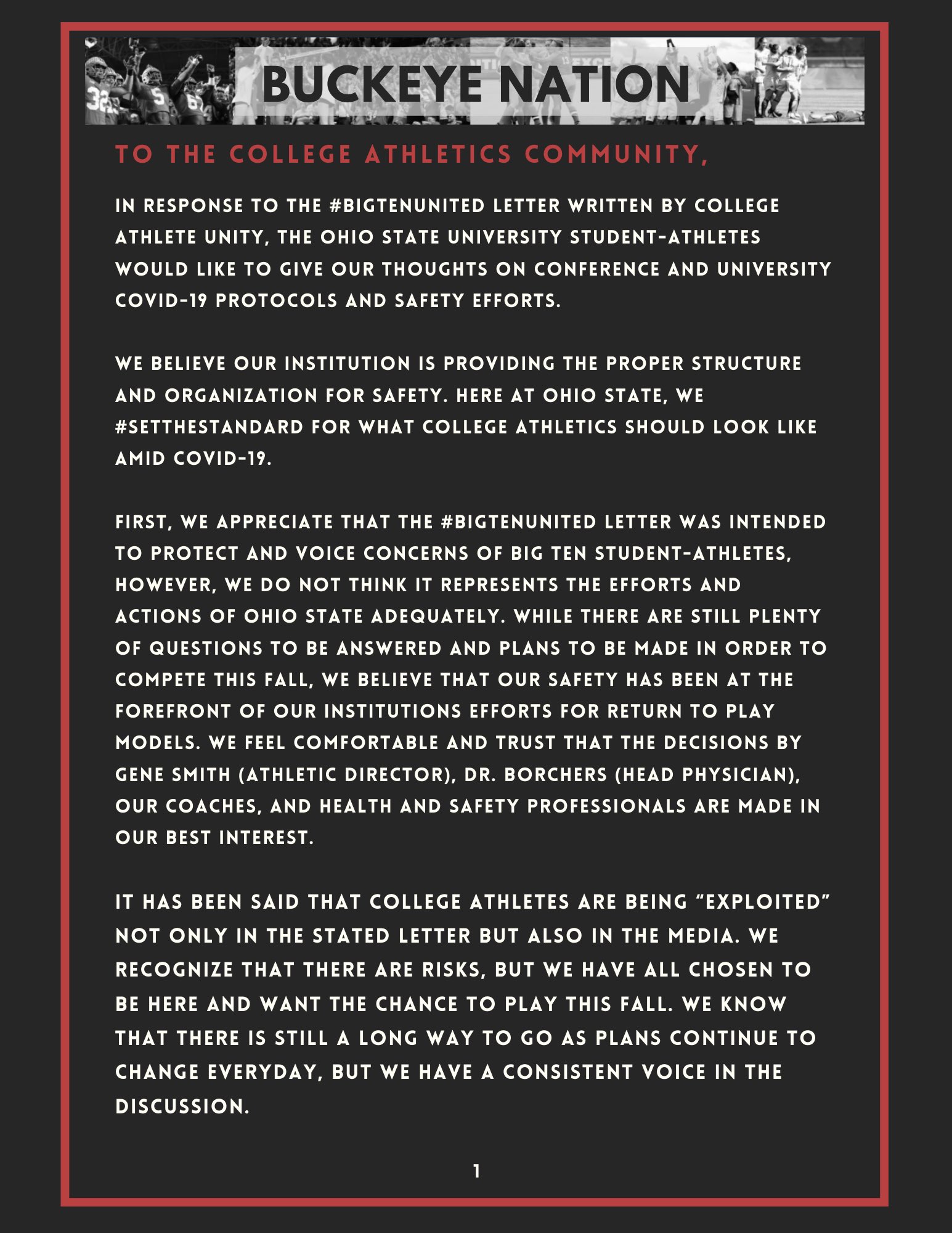 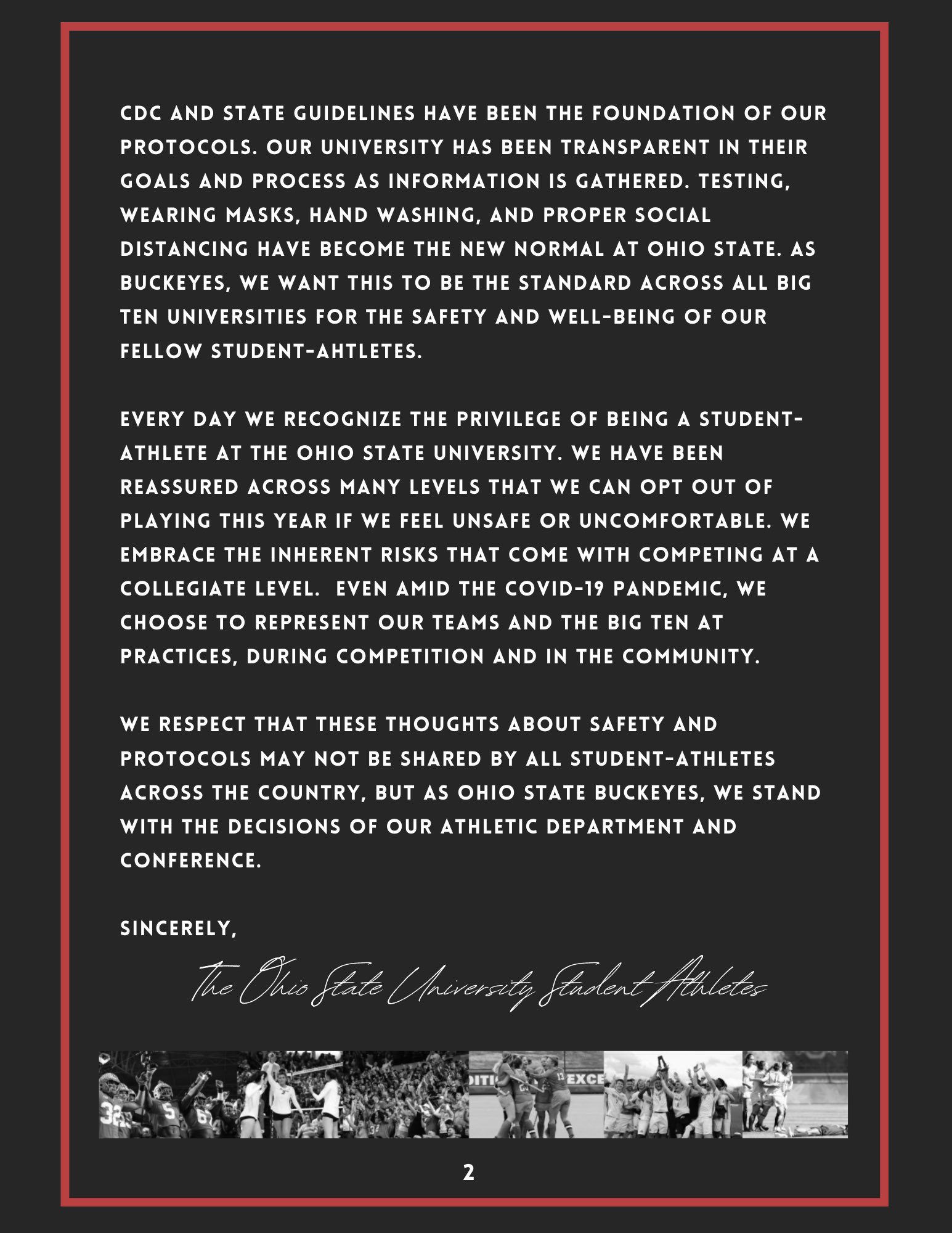