How Buckeyes can use linebacker logjam to their advantage
Aritcle written by:

COLUMBUS — In this college football era of Three-N-FLee, to have established starters return for another season or two instead of jumping to the league is like having the ability to spend equity in oneâ€™s home without having to pay it back.

But there is a consequence. Look at the situation at linebacker for Ohio State headed into the 2020 season. Better put, look at the logjam.

Middle linebacker Tuf Borland is a three-year starter and third-year captain. Pete Werner, who is moving to the weakside spot after starting the past two seasons at strongside, is headed into his third year as a starter. Baron Browning is a senior who shared time in the middle with Borland last year but might be primed to start at strongside this season, where he likely is battling sixth-year man Justin Hilliard for the spot.

No coaching staff is simply going to turn such a group out to pasture, especially when they can provide vital leadership on what will be an otherwise youngish defense this fall. 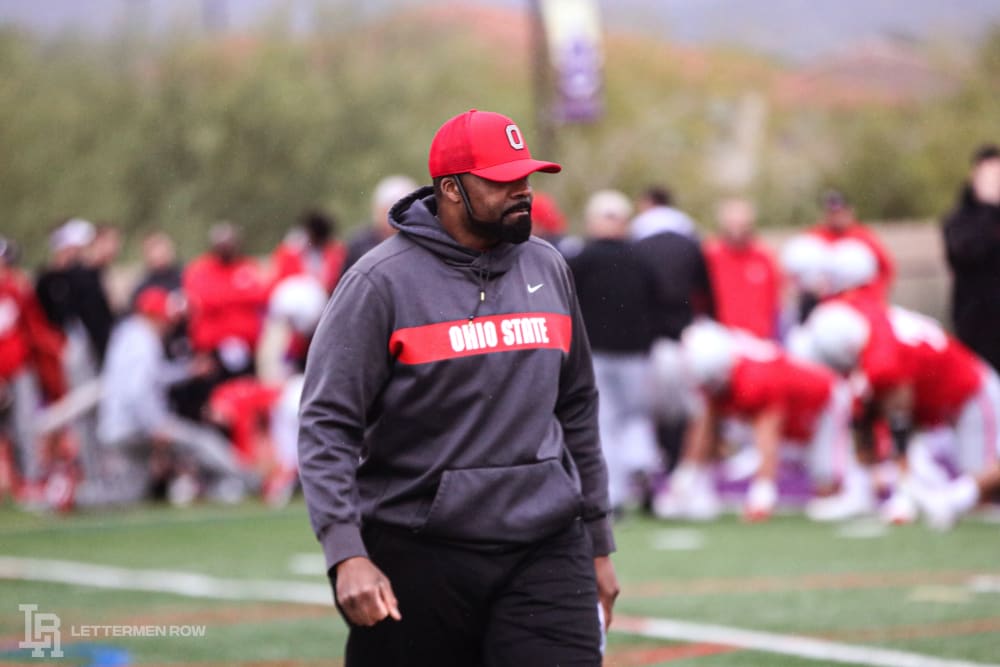 Al Washington has a unique challenge for the Ohio State linebackers. (Birm/Lettermen Row)

â€œWeâ€™ve got an old group and guys who are going to contribute a lot,â€ Werner said. â€œThat really is working in our favor because weâ€™ve got a young secondary, the defensive line is getting up there as well, but weâ€™re really being great leaders on this linebacker corps — and itâ€™s going to be in our favor come game one.â€

But Kâ€™Vaughan Pope, Teradja Mitchell, Dallas Gant â€“ those are third-year men champing at the bit to play more regular roles other than taking turns leading the various charge downfield on special teams. A year behind them are Tommy Eichenberg and Craig Young, two promising understudies, and then there are freshmen Cody Simon and Mitchell Melton, two four-star members of the 2020 recruiting class.

â€œIâ€™d be a liar to say theyâ€™re probably not frustrated, because I would be, too,â€ Browning said, referring more to the junior trio. â€œBut I just feel like everybody has the understanding they just have to pay their dues. Even some of the upperclassmen, myself included, went through it.

â€œAnd I feel like everybody is kind of using it as the opportunity to keep getting better, so when it is their time and their number is called â€“ you know, we talk about competitive excellence in our program â€“ theyâ€™ll be ready.â€

Borland has noticed the same approach, and itâ€™s boosted by the knowledge that, especially under linebackers coach Al Washington, in his first year last season with Ohio State, capable players are going to be rolled into the lineup as games and the season ensue.

“Those guys have been awesome,â€ Borland said. â€œObviously everyone comes here to play, and expects to come in and play right away. But the thing about those guys, what makes the special, is theyâ€™re willing to sit back and learn from some of the older guys.

“We had the opportunity to do that as well when we were young. So you canâ€™t say enough good things about those guys, the way that theyâ€™ve approached it every day. Theyâ€™re always supportive of us, and anything we can do to pass along tips and things weâ€™ve learned, we try to do that. I think itâ€™s a great mix of guys in the linebacker room.”