Expectations? Yeah, Master Teague is here for all of them.

In fact, like many of Ohio Stateâ€™s elite freshmen, Teague welcomes the championship heritage that permeates the Horseshoe.

â€œIt does definitely motivate, youâ€™ve got a lot to live up to here and lots of expectations,â€ said Teague, a former four-star prospect out of Murfreesboro (Tenn.) Blackman High School. â€œThe seniors and older guys, they do what they do. And this is a great example for the younger guys that they set for us.

â€œIn the future, we aspire to be like that.â€

Teagueâ€™s aspirations match those of his coaches, with head-coach-in-waiting Ryan Day saying of Teague this fall that he had â€œshown flashes of brilliance â€¦ with a really bright future.â€

Teague is spending preparations for the New Yearâ€™s Day Rose Bowl trying to learn as much as possible from both J.K. Dobbins and Mike Weber, whoâ€™s likely moving on and generating some NFL Draft buzz.

â€œI mean itâ€™s really special. You can really look up to these older guys and see how youâ€™re supposed to come prepare every day, throughout week-to-week,â€ Teague said after Big Ten Championship. â€œItâ€™s an honor; glory to God. Weâ€™ve been through a lot this year.

â€œIâ€™ve learned a lot, you know, just how youâ€™re supposed to carry yourself through day-to-day, being a Buckeye and you really can learn a lot from them. Hopefully Iâ€™ll keep on learning as I transition. Just appreciate those guys very much.â€

After appearing in six of 13 games this season for Ohio State and scoring his first career collegiate touchdown, the 5-foot-11, 215-pound Teague is focusing on maximizing the next few weeks as a springboard into 2019. 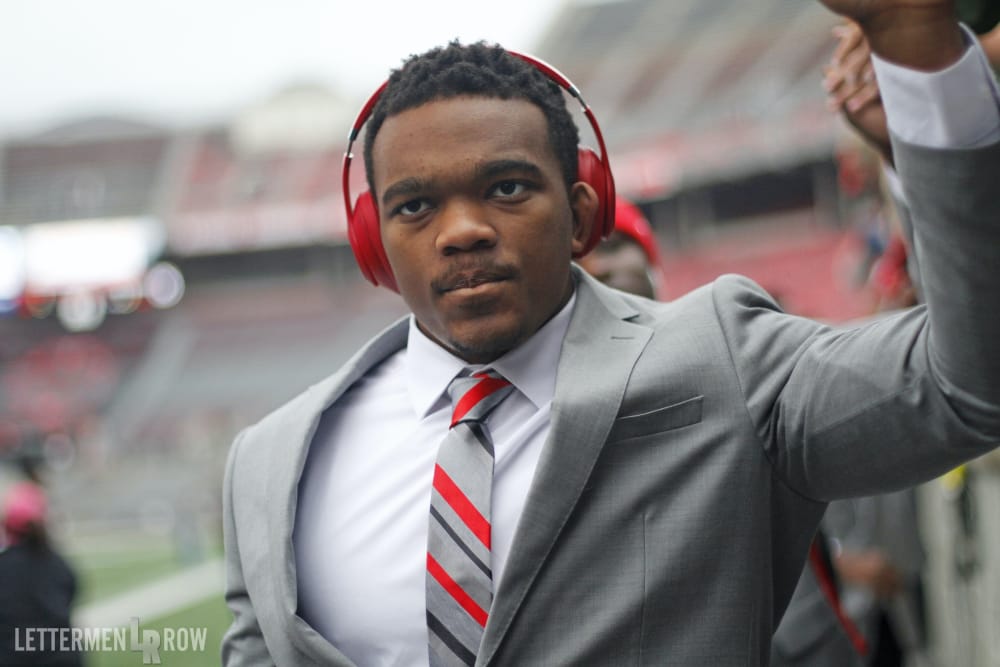 Ohio State running back Master Teague will make a serious push for the Buckeyes No. 2 tailback spot in 2019. (Birm/Lettermen Row)

â€œEvery practice is valuable, a chance to get better and improve yourself and also help your teammates get better,â€ he said. â€œI just keep on improving in every aspect of being a teammate, running back and anything I can do to help the team.â€

Though more experience is a likely goal for just about every freshman, Teague knows well that this seasonâ€™s trials and tribulations for the Buckeyes is a strong foundation for his future in the program.

â€œCoach is always saying, weâ€™ve been through so much as far as off-the-field things and just the game situations where, you know, anything that comes at us now, we know how to handle it,” Teague said. “Weâ€™ve been trained for that. Weâ€™re confident and we just rely on each other, weâ€™re family and trust is a big thing.â€

Now, Teague is trusting in the championship heritage at Ohio State continuing into the future.