COLUMBUS — The Ohio State roster is always brimming with talent.

The Buckeyes constantly recruit the top athletes in the nation, turning them into NFL-ready players while competing for national championships.Â They’ve had 10 selections in two-consecutive drafts, evidence of Ohio State’s success.

Garrett Wilson is the highest-rated Ohio State prospect on Kiper’s list, ranked at No. 11 . The junior wide receiver caught 43 passes for 723 yards and six touchdowns last season, and he’s just getting better. Multiple mock drafts had him listed as one of the first wide receivers taken next year, and Kiper believes the Buckeyes star wideout is only getting started. He also has Wilson ranked as the top wide receiver in the 2022 draft class. 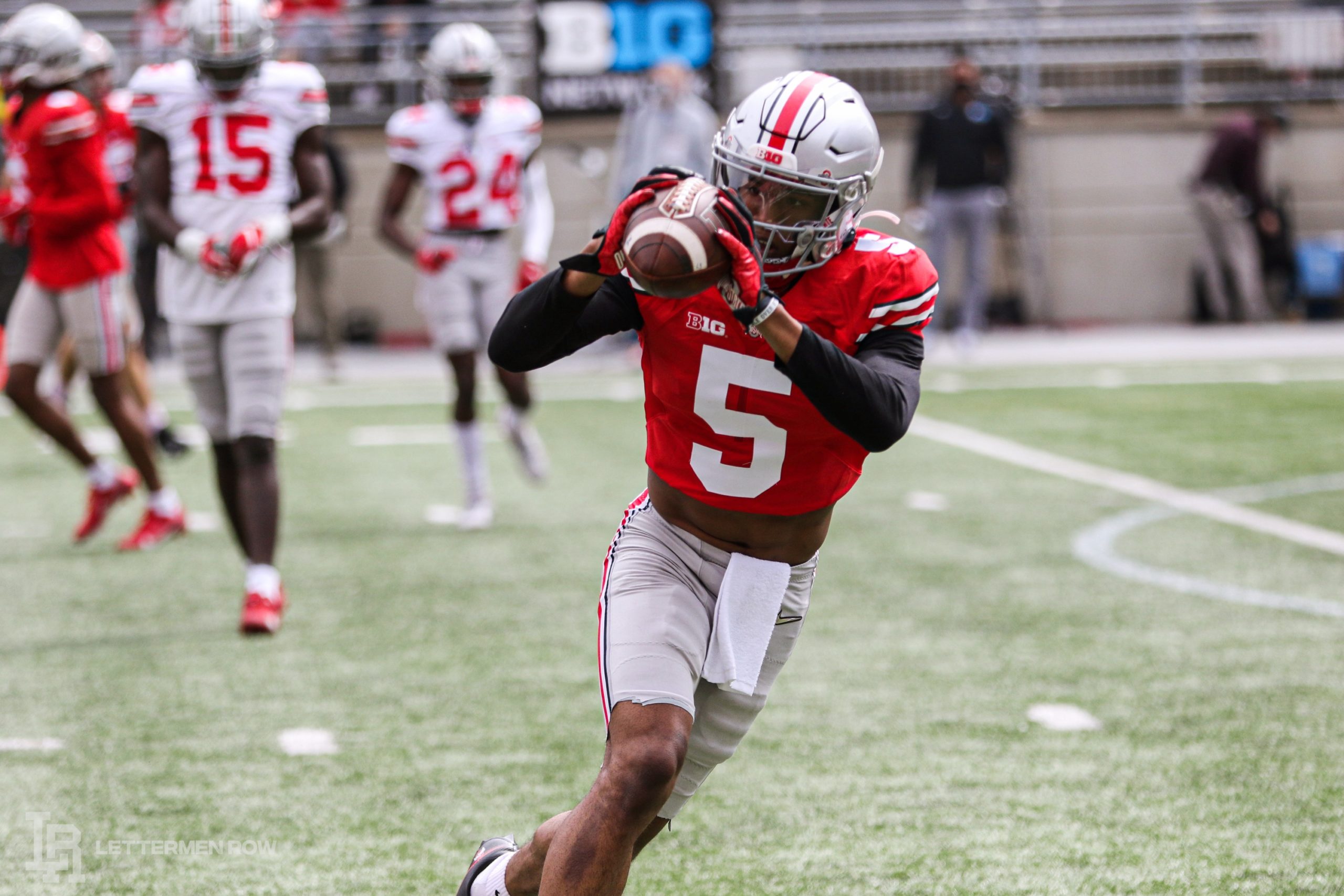 Ohio State wide receiver Garrett Wilson is one of the best prospects on Mel Kiper Jr.’s board. (Birm/Lettermen Row)

“Thirty-seven of those catches and five of those touchdowns came when he was lined up in the slot, but he should get more opportunities outside in 2021,” the draft guru wrote. “Wilson ran a lot of crossers for Justin Fields last season. He can break tackles after the catch. With him and Chris Olave, the Buckeyes have one of the best receiving duos in the country — again.”

The NFL is taking notice of the work Zach Harrison put in this offseason. The Ohio State defensive end still hasn’t strung together consistent production on the field, but scouts knows what happens when Larry Johnson has time to work with talent.Â Kiper has the Columbus native slated as his No. 22-ranked overall prospect, one of only three edge rushers to crack the top 25. Harrison is ranked as the fourth-best defensive end in the draft class, too.

Chris Olave opted to return for a final year in Columbus, turning down the money to try to win a national championship. Kiper approves of the move, ranking him at No. 25 on his list of overall prospects and the fourth-best wideout on the board. Olave finished last season with 50 receptions for 729 yards and seven touchdowns, often targeted by Justin Fields on vertical routes. The 6-foot-1, 189-pound receiver will be a top target for whoever wins the starting quarterback job. With a full season this year, there’s no reason why he shouldn’t crack 1,000 yards and 10 touchdowns this fall. 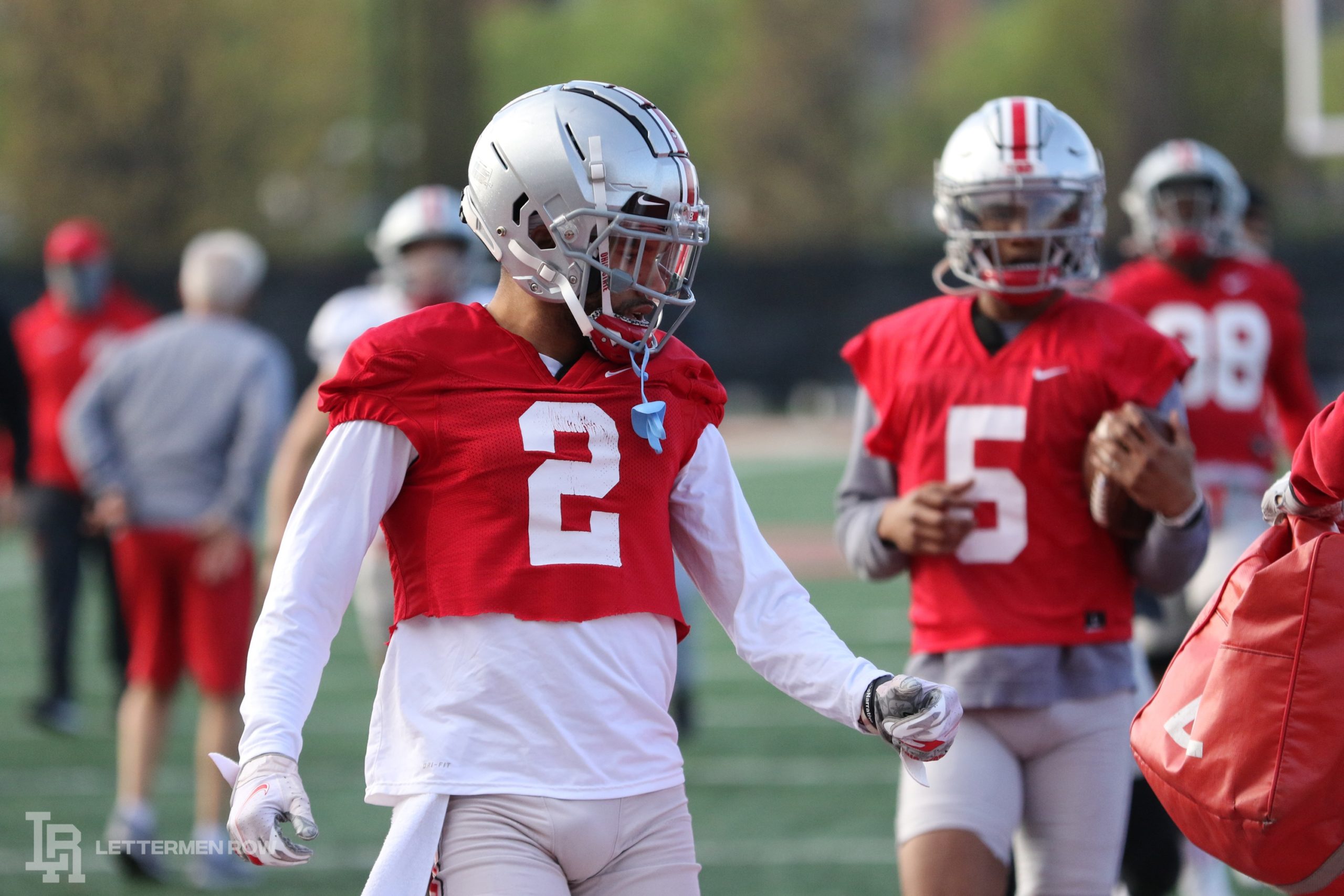 “I think he made the right call,” Kiper said. “It was a loaded 2021 class of receivers, and he likely would have been a Day Two pick. Now he can keep developing at Ohio State and try to be the No. 1 wideout off the board.”

Those three Buckeyes aren’t the only ones getting love from Kiper. Jeremy Ruckert is the ranked as the No. 8 ranked tight end in the 2022 draft, which can improve if he is mixed into the Buckeyes passing game more this season. And Thayer Munford, who has been mentioned in a myriad of mock drafts, is projected as the seventh-best offensive tackle.

Tyreke Smith trails behind Harrison as the No. 7 defensive end in next year’s draft. Haskell Garrett is the top defensive tackle according to Kiper, with Taron Vincent close behind at No. 6. Sevyn Banks’ name has been thrown around as a possible No. 1 overall pick if he can become a lockdown cornerback, but he is slated as the ninth-best defensive back.

The 2022 NFL Draft is still nearly a year away. The draft’s order still hasn’t been set, but the analysis and projections are starting to heat up.

One thing is for sure — the Ohio State brand will be all over next year’s draft.