COLUMBUS — If nothing else, Ohio State has figured out how to handle bad news.

Buckeyes coach Ryan Day is well versed in delivering it. The players have plenty of experience absorbing the message. And everybody in the Woody Hayes Athletic Center has figured out ways by now to channel the frustration into the next task and not let it impact whatever the next step happens to be for the program.

Certainly losing a shot to play in The Game against rival Michigan was a stinging blow for the Buckeyes on Tuesday — but at least this time they didn’t have to wait long for a dose of good news. The Big Ten formally recognized the undefeated, three-time-defending conference champs as the East Division representative on Wednesday, confirming the matchup next weekend against Northwestern and keeping a couple huge goals in reach for Ohio State.

“I’m tired of giving the team bad news,” Ohio State coach Ryan Day said on his radio show on 97.1 The Fan on Thursday. “[Tuesday] was another one of those days. But the thing that a lot of realized after that was a lot of these kids have really become hardened, and the response that we had from our team was really pretty amazing. They were devastated we weren’t playing that game, we had been really looking forward to playing these guys — all of us, and certainly I have for a while. Really wanted to play them in the worst way.

“It got taken away, but then the focus became Northwestern.” 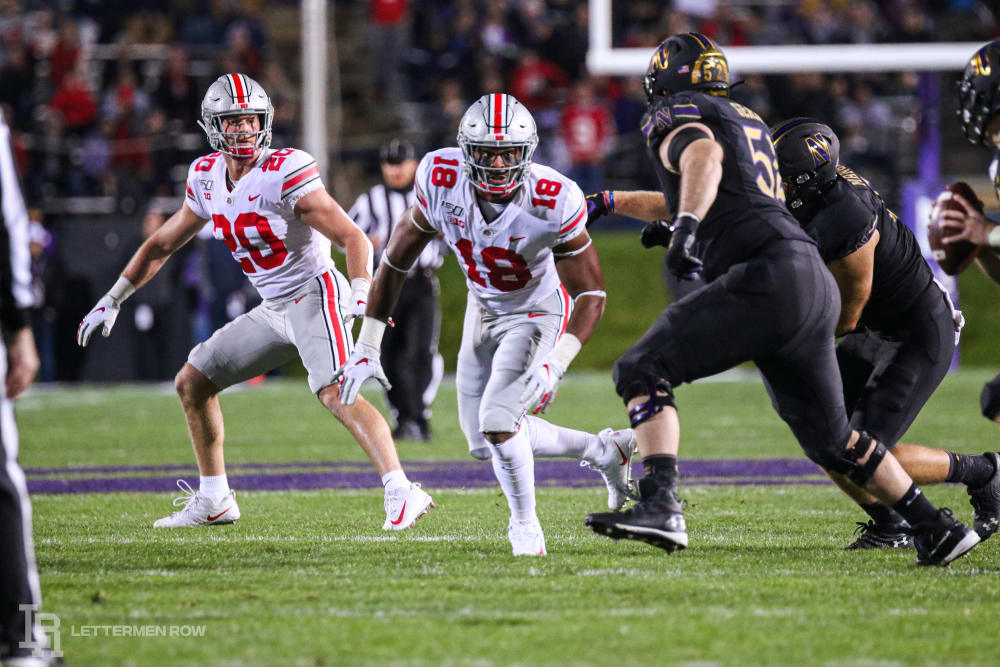 Jonathon Cooper and Ohio State will be looking for another win over Northwestern. (Birm/Lettermen Row)

Day and the Buckeyes absolutely throttled the Wildcats on the road last season, cruising to a 52-3 win on the way to the conference crown and a College Football Playoff berth. This time, Northwestern is the last hurdle on that road back to another trophy and potential shot at a national championship, and the Big Ten dropping its ill-advised requirement of six games to be eligible to play in Indianapolis allowed Ohio State to immediately shift its attention to that matchup.

The game-planning and practice reps were already designed with the Wildcats in mind on Wednesday. And Ohio State even has arranged its Saturday schedule to include a socially-distanced on the indoor practice field at the same time as Northwestern’s game against Illinois so the team can watch its next opponent together.

“They quickly pivoted,” Day said. “They’ve become used to this flexibility and things changing, and it was good to see the maturity of this team. I really feel in my heart that this is going to pay off somewhere down the line for us.

“One of the things we’ve just had to learn to do is move on quickly. It’s easy to spend time worrying about what’s coming next and getting frustrated about what happened yesterday. But the only thing you can do in 2020 is just do the best you can in maximizing the day — and early on that was not easy for our team. But they’ve gotten a lot better at it, and they’ve really transitioned well. It wasn’t a bunch of guys with their heads down. They were frustrated, they were angry, but they were able to quickly transition even though we’re really disappointed we’re not playing these guys. … But it was good to give them some good news, and it was a deep sigh of relief knowing that we’re going to be able to play in the Big Ten championship game.”

Those plans are now confirmed for Ohio State.

Now the Buckeyes will just have to prove they can handle good news, too.