COLUMBUS — The State of Ohio is ready to get in the Name, Image and Likeness game.

The Buckeye State is still playing from behind as one of the last in the country to introduce a bill to legalize compensation for student-athletes, and it was nearly out of time with numerous laws set to go in effect this summer. But State Senator Niraj Antani (R-Miamisburg) announced the emergency measure during a press conference on Monday at Ohio State alongside athletic director Gene Smith, and he also made it clear he expects it to pass in time for July 1 to keep the Buckeyes and other programs in the state from falling behind.

There is still the looming possibility of federal legislation and the NCAA is continuing to play catchup when it comes to standards across its member institutions. But with the clock ticking in Ohio, the state now at least has an option on the table to help its athletes and avoid a competitive disadvantage against other areas of the country which were more proactive about a policy that has widespread support to allow players to profit off their image. 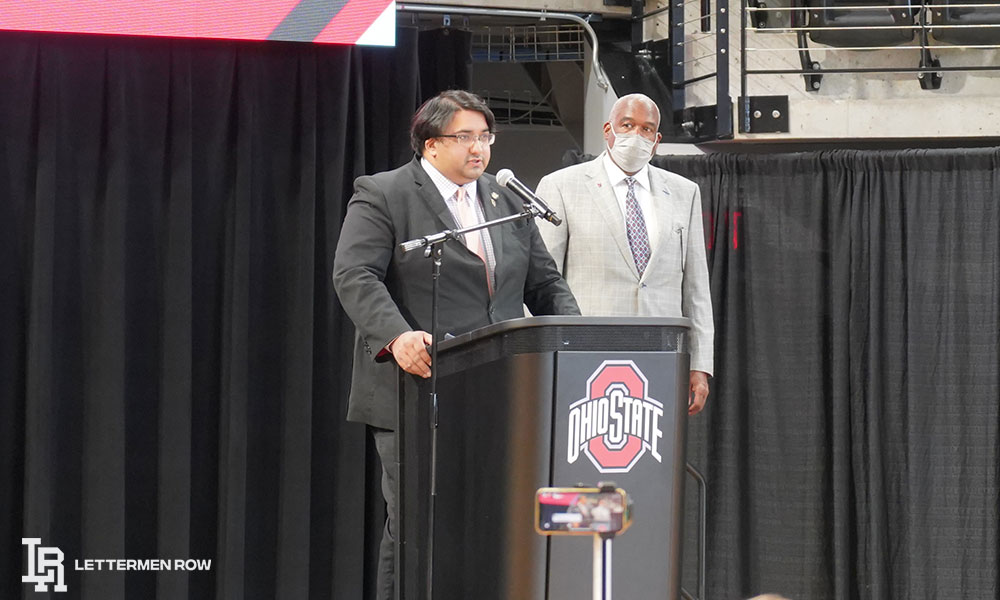 “As a student at The Ohio State University, I saw the hard work student athletes put into their academics and their sport,” Antani said. “Not every student-athlete has a scholarship, and even for those that do, it may only cover their cost of attendance, leaving little left over for expenses. Those college students should be able to benefit from their own name, image and likeness. Most will not get endorsement deals from major shoe and apparel companies, but rather from their hometown businesses, such as an auto dealer or bookstore.

“My bill legalizes this in a safe and reasonable manner.”

There will still be some restrictions in the Ohio bill, starting with prohibitions on contracts involved with marijuana, alcohol, tobacco and gambling. The bill also doesn’t require universities in the state to enable the opportunities for student-athletes — although it does prevent them or the NCAA from blocking that potential earning ability from them.

For a powerful program like Ohio State, that could lead to significant sources of outside income for high-profile athletes with huge followings — like, obviously, the starting quarterback for the Buckeyes. There’s also expected to be windfalls even in non-revenue sports since some of those players also can build large social-media presences or potentially just offer their services as individual instructors to kids.

Either way, it’s been inevitable for a while now that student-athletes would be able to cash in on their own name. And Ohio simply couldn’t afford to be left behind.

“We’ve been preparing for some form of legislation to be enacted,” Ohio State athletic director Gene Smith said. “I am happy that all student-athletes at Ohio universities and schools will have an opportunity to capitalize on their own name, image and likeness.”

This is only the first step for the Buckeye State. But it’s finally put itself into the race.