COLUMBUS — There isn’t a lot of uncertainty at the top as Ohio State gets ready to make more NFL Draft history.

A quarterback with a Buckeyes degree is effectively assured to be the top pick. Behind him are two former teammates who helped lead the program to three consecutive Big Ten titles, and Chase Young and Jeff Okudah could come off the board with the next two selections.

That’s a strong Ohio State flavor to this unusual, virtual draft. And it’s really only the beginning as the next wave of Buckeyes get set to move to the professional ranks.

“I think [teams] that draft them are going to get a lot of production, and I think they’re both can’t-miss guys.”

The Buckeyes have many more accomplished prospects who will hear their names called over the next couple days, though nailing down exactly when that will be isn’t as easy as it is with Young or Okudah. But Lettermen Row is taking a stab at that for a few other players and also sprinkling in a few projections beyond the draft as it unveils the latest Bold Predictions about Ohio State. 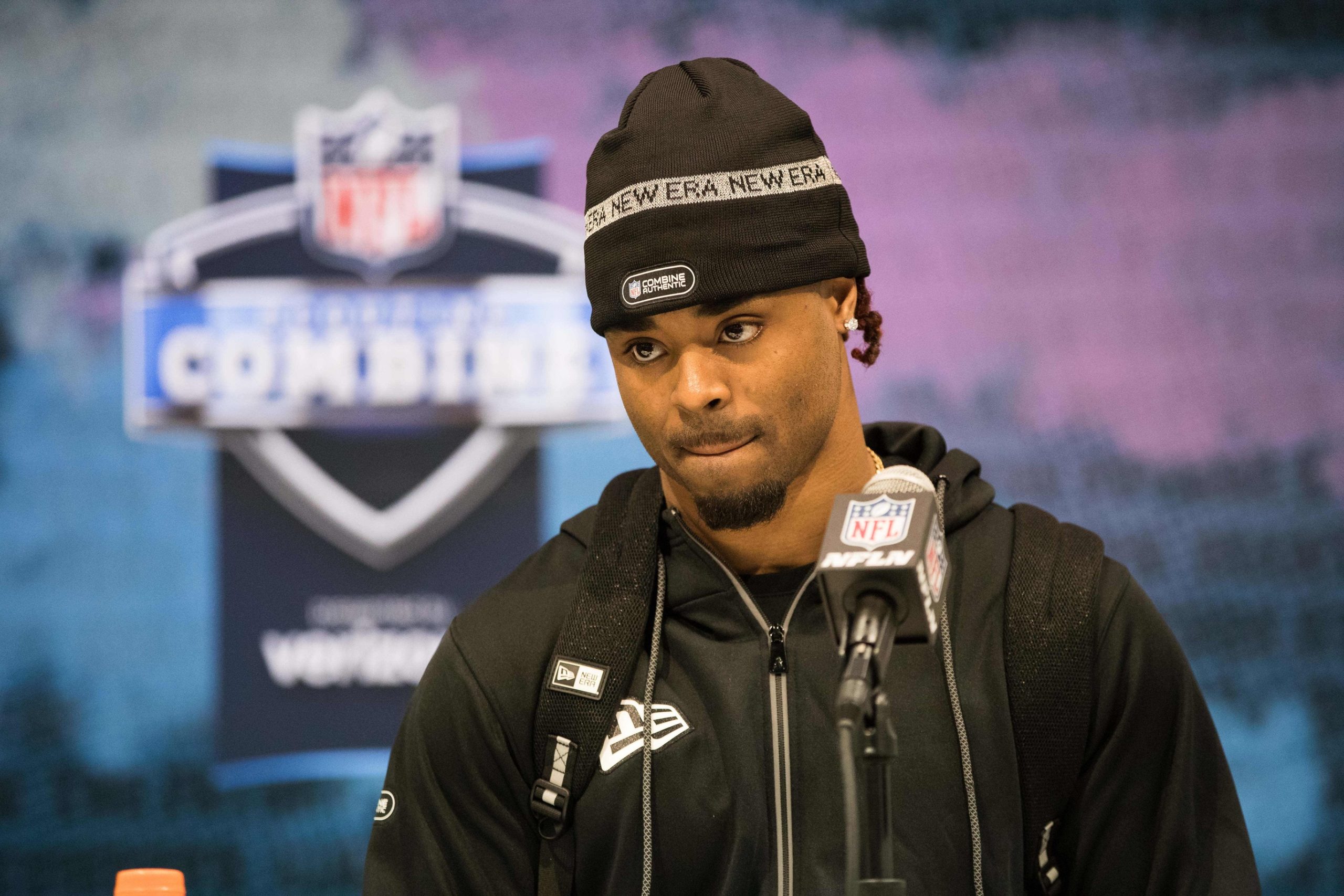 The decision to return for one more season was absolutely the right one for Damon Arnette, and he’s about to be richly rewarded for recognizing there was more work to be done with the Buckeyes. For all of the criticism he endured, Arnette still never gave up more than a single touchdown in any of his four seasons with the program — and his pick six last year gave him one more score than any receiver had against him as a senior. And just in case anybody didn’t notice, Arnette was doing that with a huge cast protecting a broken wrist. Maybe he won’t wind up sneaking into the first round, but if he doesn’t, the team that drafts him is getting incredible value in a lockdown defender.

After losing out on a number of accolades and awards to Wisconsin tailback Jonathan Taylor in the last year, J.K. Dobbins will finally win a head-to-head battle with his Big Ten rival. The Ohio State star will be the first running back selected in the NFL Draft. The combination of speed, agility, durability and his potential as a pass-catcher makes Dobbins an attractive option in todayâ€™s NFL, and heâ€™ll be the first running back taken because of his versatility and productivity. 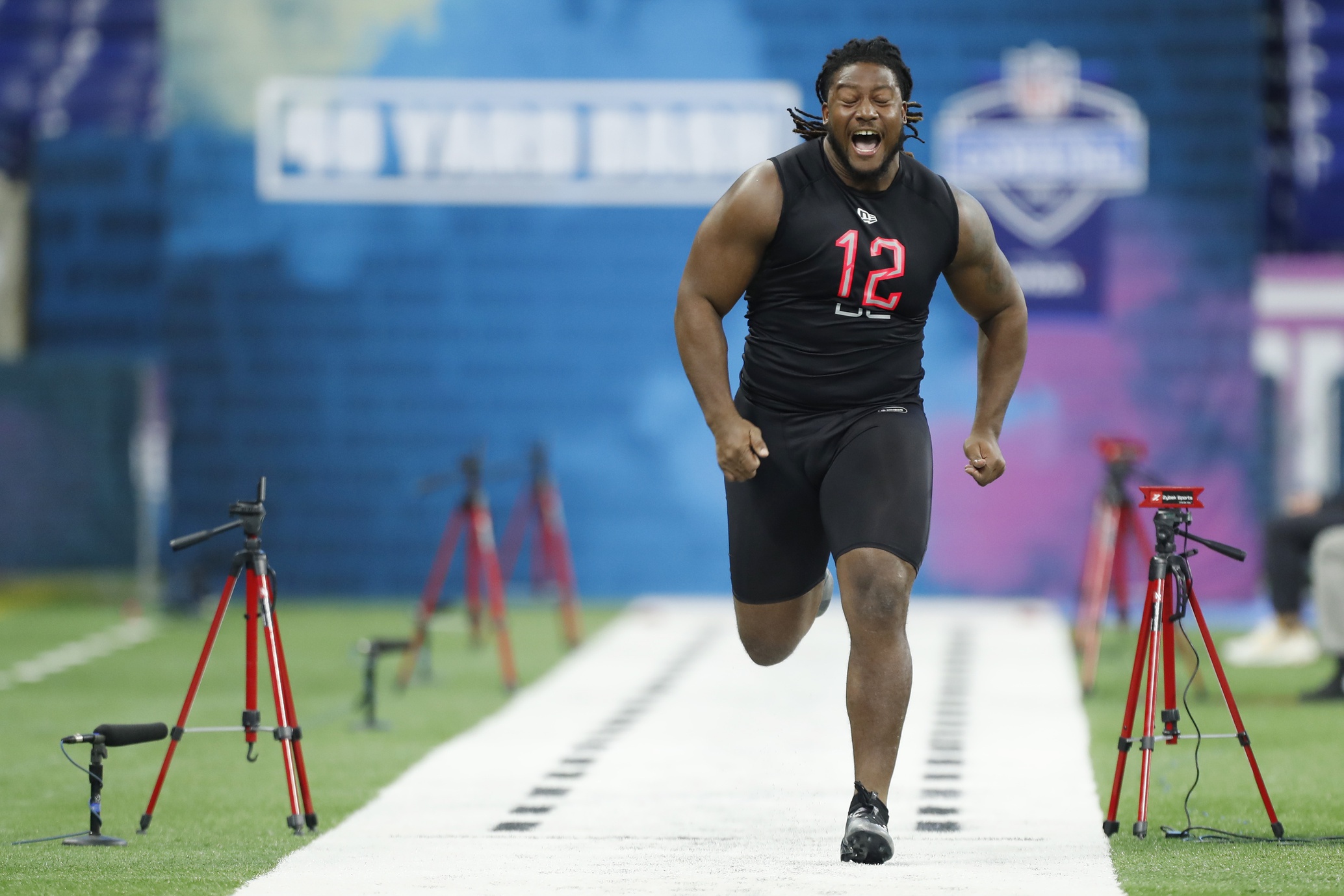 Most people, even some of his Ohio State teammates and coaches, have mispronounced DaVon Hamilton’s first name for a long time now. It’s not Day-Von. It’s Duh-Von. Now let’s see whether the man gets it right when the Pickerington product’s name is called on the second night — maybe in the second round — of the NFL draft.Â  Hamilton is a defensive tackle who continually grew bigger and better under the coaching of Larry Johnson. He has the makings and temperament to be a mainstay in the league for years to come. So people will learn his name for sure, regardless of the pronunciation.

Spencer Holbrook: Austin Mack will be steal at wide receiver

Austin Mack wasn’t the best wide receiver in the room for Ohio State. And he might not even be the best of the three wide receivers for the Buckeyes in this draft, but I just feel like he’s going to find a home in the NFL and stick. Some of the league’s contenders love Ohio State talent, and Mack’s skillset translates well to the next level. He’s a good route runner, understands the game well and has good hands. That’s usually a good recipe for a mid-to-late round draft pick who latches on and makes it a few years in the NFL. If I said K.J. Hill would be a good pro receiver, that wouldn’t be bold, it would just be fact. Mack has a chance to find a good home in this league, and I think he’ll find out where that will be Saturday during the late rounds.

Branden Bowen was one of Ohio Stateâ€™s best offensive lineman during his final season with the program, but somehow he did not get an invite to the NFL Combine. Despite the snub, he will still get drafted and end up having a long career in the NFL. Honestly, itâ€™s a disgrace that Bowen was not invited despite being one of the cornerstones on the nationâ€™s best offense — one that featured a balanced, pro-style attack. Maybe itâ€™s because Bowen missed the 2018 season with a leg injury, however, he proved that he was completely healthy last year. The team that picks Bowen is getting a player who is could easily play guard or tackle and is a leader in the locker room.