EVANSTON, Ill. — Ohio State kept its focus where it needed to be for one more night.

Now it can channel every ounce of its energy into getting ready for the potential Game of the Year in the Big Ten.

First, of course, the Buckeyes had to get through a tricky road trip to Northwestern for a rare Friday matchup. And after a week of embracing a white-belt mentality to stay locked in, Ohio State made quick work of the Wildcats at Ryan Field to stay unbeaten and build momentum for the Wisconsin showdown with a dominant performance that was over by halftime.

Justin Fields kept rolling with another productive outing at quarterback. The defense held up its end of the bargain by holding Northwestern without a touchdown through the first couple quarters. Even the special teams got into the act again with a couple field-flipping punts and a field-goal bomb from Blake Haubeil just before intermission.

With the Buckeyes in complete control, Lettermen Row is starting the breakdown of the latest victory a little early with Snap Judgments from the program’s successful visit to the Windy City.

(UPDATE: This story was originally published in the third quarter with the Buckeyes in complete control. For the record, the final score was 52-3.) 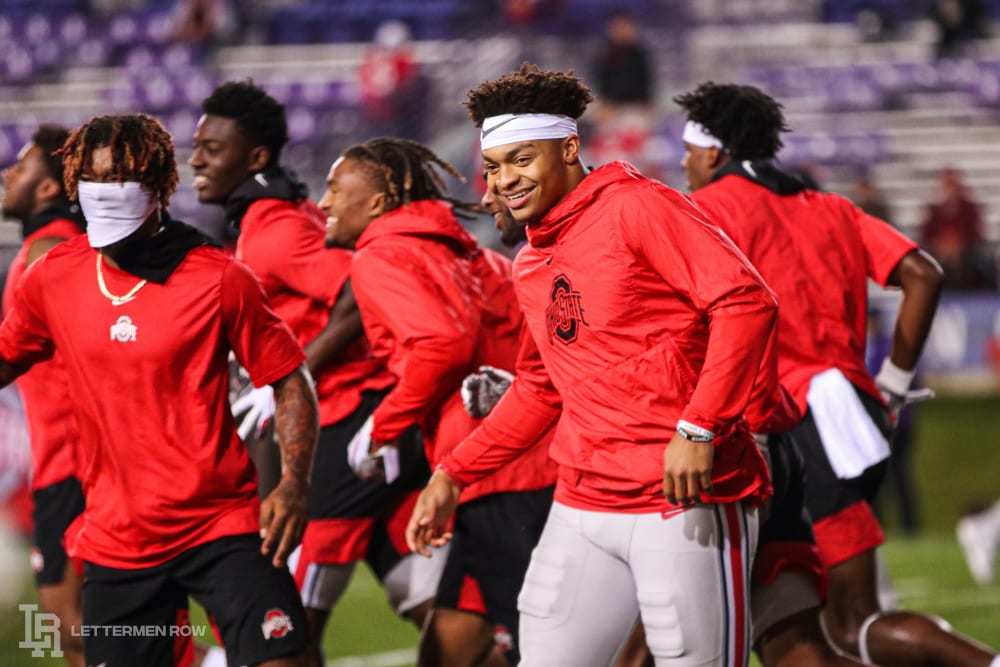 There was never any concern that Chris Olave wouldn’t be able to bounce back in a big way after a game without a catch. But seemingly just to prove a point, Justin Fields went to the sophomore wide receiver early and often as the Buckeyes carved up the Northwestern secondary. The two have seemed to have great chemistry throughout the season, but they were perfectly in sync on a pair of touchdown throws in the opening half that effectively sapped any drama out of the matchup in a hurry. Olave is a selfless player, so he almost certainly wasn’t worried about that shutout two weeks ago. But it had to feel good for both him and Fields to get rolling again heading into the huge matchup against Wisconsin.

The Buckeyes put Thayer Munford in pads after he tested his injured ankle out during warmups, but it wasn’t comfortable enough to give the junior the start at left tackle. Turns out Ohio State needed him anyway, and he came off the bench despite clearly not being at full strength to replace Nicholas Petit-Frere after some ups and downs from the young offensive lineman in his first career start. Petit-Frere was called for an early holding penalty and also put Fields at risk with a key missed block on the blind side, but growing pains were expected. Perhaps the experience will be good for Petit-Frere down the road, but Ohio State obviously needs Munford healthy and backup Josh Alabi available again moving forward. 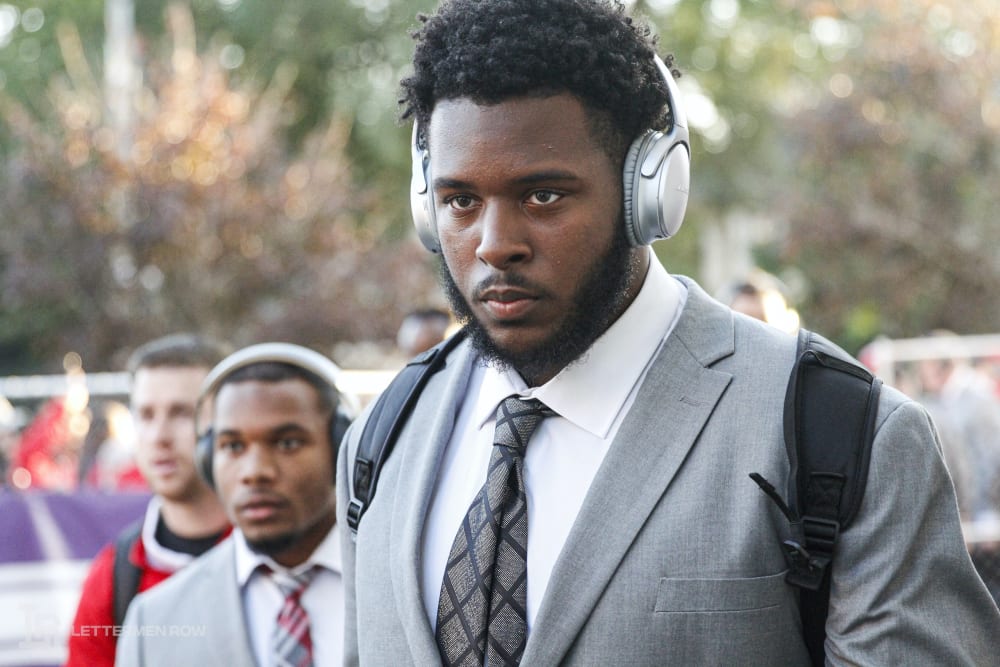 Ohio State left tackle Thayer Munford was a game-time decision, and he wound up playing for the Buckeyes. (Birm/Lettermen Row)

If there was one lingering doubt for the Buckeyes aside from the depth at quarterback, it was fair to wonder if they had a kicker capable of delivering a clutch field goal if a game got tight. The cannon blast from Blake Haubeil just before halftime obviously wasn’t a deciding factor and the pressure was a little lighter thanks to the lopsided score. But the 55-yarder showed he’s got more than enough leg to hit from deep, and the raucous celebration for him near midfield should only help his confidence down the line. For Haubeil, that could easily go down as a turning point in his career.

Whether it was the possible vote of confidence in putting Petit-Frere back in the lineup to start the second half, putting Amir Riep in defensive to play in key moments or increasingly turning Garrett Wilson loose at wide receiver, the Buckeyes clearly have no problem rotating at just about every position. It shouldn’t be a surprise that some of the most decorated recruiting classes in school history have young guys pushing to see action, but it’s still rare to see programs so willing to take front-line guys off the field regardless of the situation in conference road games. The willingness to play the rising studs undoubtedly bodes well for the future — but it’s also meaningful in the present as the Buckeyes bolster the depth.