COLUMBUS — Ohio State didn’t get all the way back to full strength during the off date, and the offensive line in particular could be short-handed heading into another physical matchup that could be decided in the trenches.

Starting left tackle Thayer Munford was able to battle through the last one despite dealing with what appeared to be a painful ankle injury, receiving medical attention during the win over Michigan State but still finishing the game. But the junior will be a game-time decision for the Buckeyes on Friday night at Northwestern, which will have major implications for the unit as a whole because his backup has already been ruled out by the program.

According to the latest availability report provided by Ohio State, Joshua Alabi won’t be ready to again step up and claim the fill-in role that he’s managed so well late in his career. So, if Munford isn’t able to give it a go after warmups against the Wildcats, an offensive line that has been one of the strengths of the team might need to be juggled a bit right before a matchup against a stout, well-coached defensive front.

The Buckeyes will also be without the services of breakout linebacker Baron Browning and tight end Jake Hausmann. But all eyes for Ohio State will be on Munford and the offensive line Friday evening before the game kicks off on BTN. 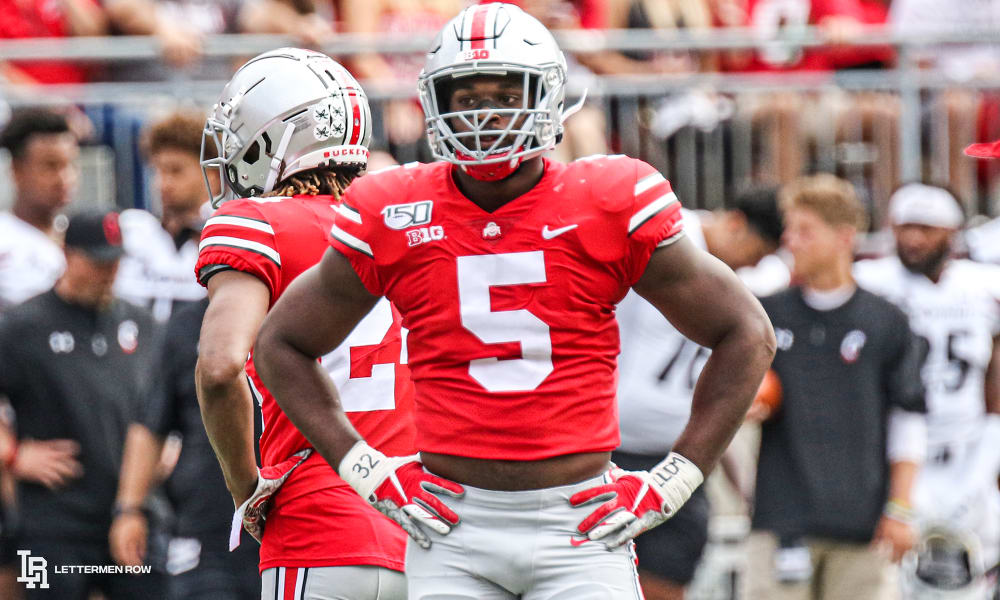 “We had a couple weeks to kind of heal up, and I think overall we are [healthy],” Ohio State coach Ryan Day said earlier in the week. “We’ve played some depth this first six games, and so we’ve got a lot of guys out there, which is great, too, so we do have some depth at the positions.

“But like any team, six, seven weeks into the season, there are some different things, nagging injuries here and there, but overall we’ve been pretty healthy.”

For the most part, that’s still true for the Buckeyes, and they could be set to welcome Teradja Mitchell back as a game-time decision at linebacker to help make up for the absence of Browning.

Pending the status of Munford, Ohio State could still have every starter available as it heads into the second half of the regular season and has already done a remarkable job of building depth to strengthen the roster as the year has progressed. Another test of that development could be coming, though, if Nicholas Petit-Frere is needed to step up and provide a bookend for Branden Bowen at tackle — and one way or another, the sophomore’s importance has been ramped up with Alabi out of the lineup.

Hereâ€™s the full availability report as announced on Thursday by the program, making note that Ohio State doesnâ€™t differentiate between injuries or disciplinary matters: