The speculation, debate and conversations about Ohio State never end, and Lettermen Row is always ready to dive into the discussions. All week long, senior writer Austin Ward will field topics about the Buckeyes submitted by readers and break down anything that’s on the minds of the Best Damn Fans in the Land. Have a question that needs to be tackled, like the one today about the Ohio State andÂ the Northwestern score prediction? Send it in right here — and check back daily for the answers.

Ohio State is a massive favorite once again in a Big Ten game at Northwestern. (Bovada/Courtesy)

There is so much hard work already in the bank, so much experience already gained and so many signs that what the Buckeyes did during the first half of the regular season can get them back where they want to go, they obviously shouldn’t just forget about it.

But there is plenty of value in adopting a mindset that none of that matters for the next game, and the video-board in the Woody Hayes Athletic Center this week summed it simply ahead of Friday’s trip to Northwestern: White-belt mentality.

“It’s just something that we did some research on that and heard about it quite a few times in the last few years,” Ohio State coach Ryan Day said. “In the martial-arts world, it’s the first step of the journey to a black belt. You have to always have that same mentality of looking to improve yourself every day. You’re very impressionable and you understand that you don’t know [everything]. As time goes on, your ego can get in the way and different things can slip. 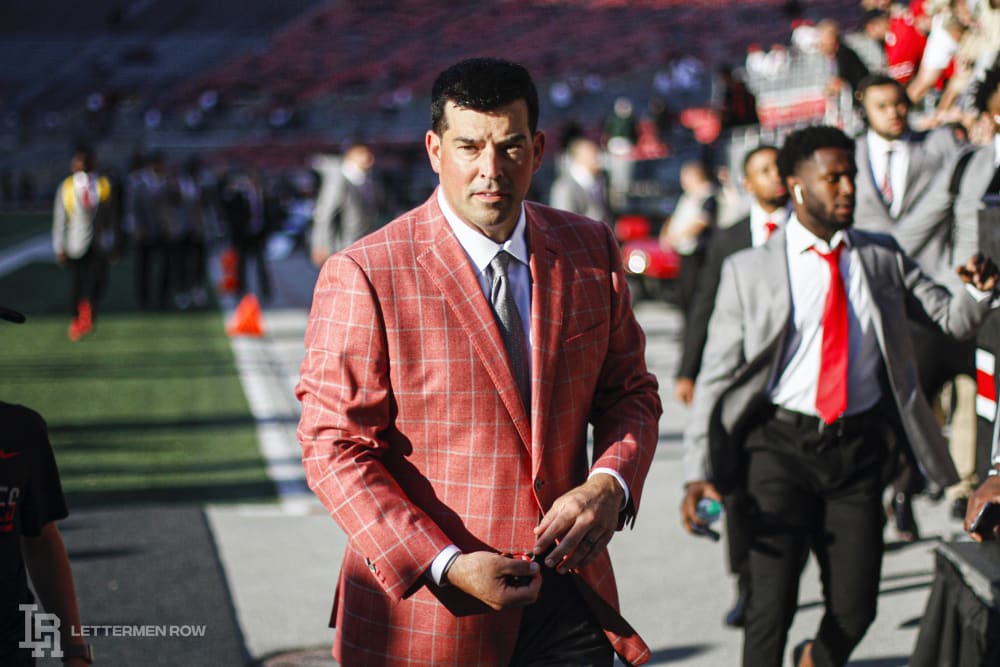 “If you have that mentality like it’s the first day of preseason camp, you have something to prove every day. It’s something I wanted to introduce to the team this week so we can keep it locked in.”

There are once again plenty of potential potholes out there that could trip up the Buckeyes, and with a massive matchup with Wisconsin on deck, this might be the closest to a true trap game they’ll face this season.

Northwestern has a solid, fundamentally-sound defense. The grass might be really long at Ryan Field. There are special black jerseys for the Wildcats. It’s another night game on the road against a Big Ten West Division opponent. The Buckeyes have a couple injuries and couldn’t be blamed if there was a temptation to peek ahead at Wisconsin.

But there is a different vibe with this Ohio State team this season, and now there’s a mantra for it. And when a black-belt roster fully buys into a white-belt approach, the results can be scary.