The speculation, debate and conversations about Ohio State never end, and Lettermen Row is always ready to dive into the discussions. All week long, senior writer Austin Ward will field topics on Urban Meyer and the Buckeyes submitted by readers and break down anything that’s on the minds of the Best Damn Fans in the Land. Have a question that needs to be tackled, like the one today about Branden Bowen and the offensive line? Send it in right here — and check back daily for the answers.

Another looming battle in the spring n summer is RT. Is Bowen the RG or does he compete for RT? If not him who do you think wins out from NPF, Wray or Alabi (based off his performance in the Rose Bowl he deserves a shot to compete for a starting gig)?

Ohio State isn’t going to get its best-case scenario for rebuilding the offensive line this offseason. But that doesn’t mean it will be short on options.

After a couple weeks of Michael Jordan appearing to trend back toward a return to the Buckeyes with a slide back to guard, the junior instead decided to declare for the NFL Draft on Friday. So, rather than enter spring practice with four starters penciled into the lineup, instead the Buckeyes will go to work with just one full-time starter entrenched, another coming off his first two starts in the postseason and a rising newcomer who was poised to take over at center no matter what.

The loss of Jordan was unquestionably significant from that perspective. And Ohio State obviously doesn’t have the depth or numbers that it wants on the offensive line right now.

And that’s what makes a versatile, veteran presence like Branden Bowen so valuable as he gets back to full strength after two consecutive seasons were shortened by leg surgeries. 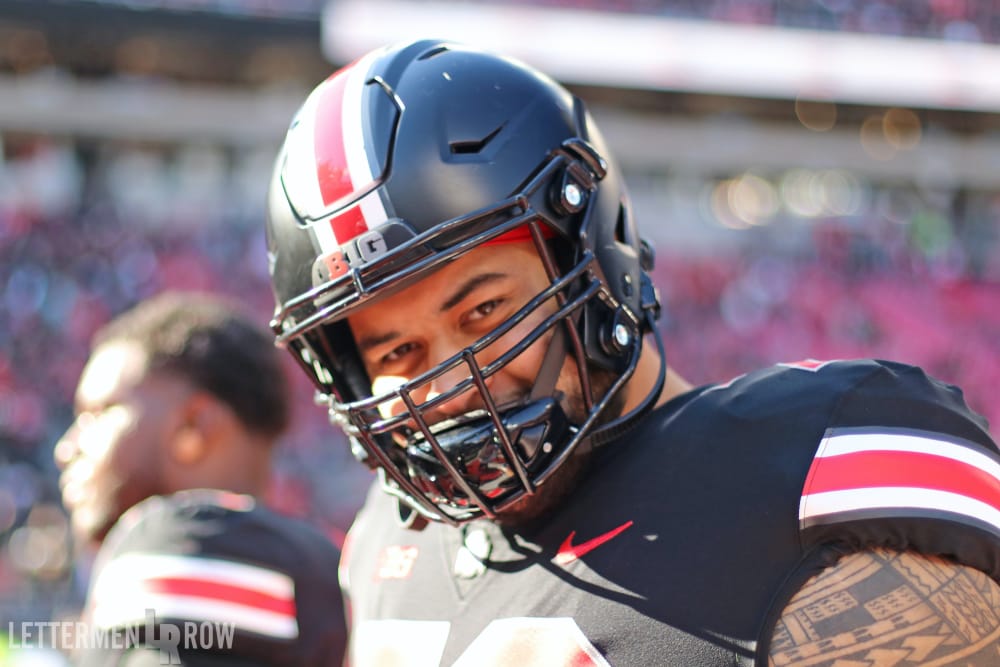 Bowen is capable of addressing the void at guard opposite Wyatt Davis, and he brings prior experience as a first-team blocker on the interior during his career. He was also initially projected to be a tackle, and he’s been looking forward for a chance to kick out to the edge for a while — and will try to get involved as the bookend partner to Thayer Munford on the right side. With Josh Myers moving into the center role, that’s the only spot that a healthy Bowen couldn’t theoretically play, potentially making him one of the most fascinating players to watch when spring camp opens in March.

The competition at right tackle is going to be fierce with Nicholas Petit-Frere looking to tap into his five-star potential coming off a redshirt season and Joshua Alabi having now proven himself with a start in the Rose Bowl. So, while Bowen might want an opportunity at tackle, it’s possible that his time at guard might make that spot more appealing to Ohio State as it tries to address the losses of Demetrius Knox and Malcolm Pridgeon — with Davis handling half of that load.

If Matthew Jones continues to be viewed more as a guard than center, that’s another former touted recruit who could step into a meaningful role for the Buckeyes. And one more five-star in Harry Miller will eventually be on campus and potentially fighting for early playing time.

But right now, it’s Bowen who could potentially have the biggest impact for a unit that will be almost completely revamped. And he will certainly be motivated to do it after two setbacks that have now set the table for a major comeback.