COLUMBUS — There were doubts two years ago about whether Ohio State would even retain Greg Studrawa.

There were questions about the depth of the offensive line coach’s position.

And after a rough cycle or two, the Buckeyes were clearly in need of more success up front on the recruiting trail.

Now look where the program is in the trenches heading into the national-title game: Studrawa has again proven himself as one of the best talent-developers in the nation; Ohio State has overcome the loss of multiple starters over the last three games and elite prospects have lined up to sign in Columbus.

A superstar quarterback, dynamic skill-position players and a rampaging running back might steal the spotlight. But none of that would be possible for the Sugar Bowl champions without a dominant offensive line.

“I think it goes back to practice, and that’s the thing that we spend a lot of time talking about,” Ohio State coach Ryan Day said. “Because we weren’t playing in as many games, we had to practice really hard. We had to practice against each other. The Â defensive line had to go against the offensive line, ones versus ones and that was the only way we were going to get better fundamentally. 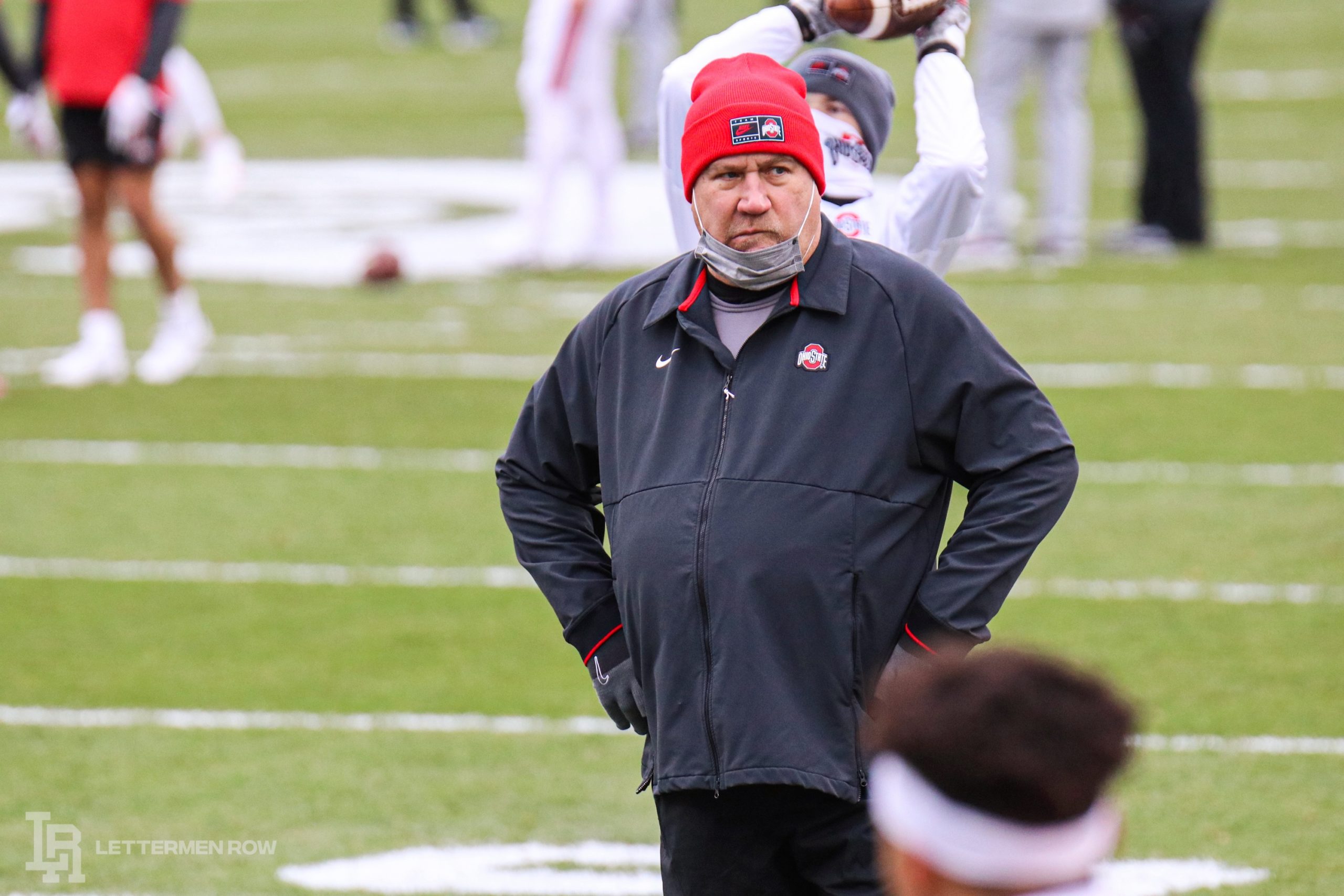 “It wasn’t always so much of a schematic deal. It was more about getting a pads down, hands inside, running feet, all the things that come with that. And that’s just the guys up front. I mean, linebackers, tight ends are the same way on the perimeter.Â So that was the only way we could do it because we weren’t playing in those games. So I attribute it to practice, which our guys did a great job of. You’ve got to give a lot of credit to the guys. Got to give a lot to credit to the position coaches for getting them ready.”

Studrawa has certainly earned the praise for his work, and he’s validated Day’s decision to stick with him when he took over two years ago.

Thayer Munford and Nicholas Petit-Frere have become immovable forces at tackle. Wyatt Davis and Josh Myers have solidified themselves as one of the best one-two punches on the interior in the nation. Harry Miller has shown flashes of his five-star potential at guard and even filled in at center on short notice last month. Matthew Jones has graded as a champion twice when pressed into the lineup, Paris Johnson was mauling defenders after coming off the bench last week and Dawand Jones continues to look like a future star.

It all adds up to passing grades for the test Studrawa and the Buckeyes faced two years ago. And Ohio State certainly looks ready for the next challenge against Alabama on Monday night.

How has Ohio State rebuilt the offensive line into such a dominant unit? What has been the secret for Greg Studrawa as he’s validated the decision from Ryan Day to retain him two years ago? Where will the Buckeyes need to be at their best against Alabama in the national-title game? Former Ohio State right tackle Reid Fragel put on the highlights with Lettermen Row and answered those questions in the latest episode of BuckIQ.