COLUMBUS — Ohio State fans will have a chance to travel to Oregon after all.

Gene Smith confirmed in a text message to Lettermen Row on Thursday that the Buckeyes will play a home-and-home series with the Ducks in 2032 and 2033.

Smith also confirmed that Ohio State will pay Oregon $3.5 million for the Ducks trip to Columbus this fall after last year’s trip to Autzen Stadium was derailed because of the COVID-19 pandemic. The Buckeyes will host Oregon at the Horseshoe on Sept. 11 for a noon kickoff on FOX. 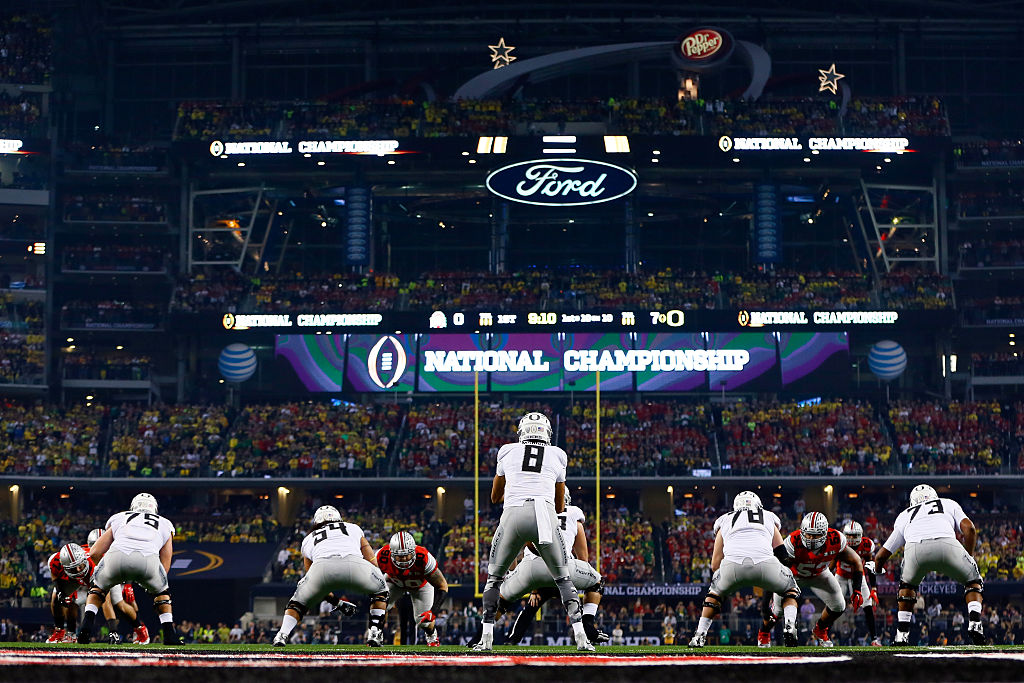 â€œWe just couldnâ€™t find a date next year or the year after or even before â€˜26, there was no way that we could return the game. And thatâ€™s why we had to up the guarantee,â€ Smith told Eleven WarriorsÂ on Thursday. “Our options were to cancel the game and just, we go find another opponent, which would be more expensive, frankly, and then you wouldnâ€™t generate the revenue that you would generate with an Oregon …Â if things are back to some level of normal, we know the Oregon game will be packed, it will be a great game and revenue-wise, it would be exceptional and help us with our deficit. At the same time, weâ€™d be able to pay Oregon more than we would be able to pay somebody else. So it became a math issue and (Oregon athletic director Rob Mullens) and I agreed that we needed to do it this way, and theyâ€™ve accepted that.

â€œI also felt that it was important for our fans to have a chance to go to Oregon.Â And so we talked about, I think itâ€™s â€˜31-32 when we scheduled them, which is way far out, but itâ€™s on the schedule.â€

The last time Oregon and Ohio State met on the gridiron was back in the 2015 national championship in the first year of the College Football Playoff. Cardale Jones threw for 242 yards and a touchdown, while Ezekiel Elliot rushed for 246 yards and four scores as the Buckeyes picked up a 42-20 victory. The win marked their first national championship since 2002.

The Buckeyes can look forward to a trip out to Eugene, Ore. But first, there’s still an Ohio State matchup with Oregon on tap this fall.