That unit may be even stronger this year.

In a COVID-shortened season, the Buckeyes paved the way for a Heisman Trophy candidate quarterback and a record-breaking running back.Â Offensive tackles Thayer Munford and Nicholas Petit-Frere were part of that effort, they’re both back and now have been named to the Outland Trophy preseason watch listÂ by the Football Writers Association of America.

Defensive tackle Haskell Garrett represented the Buckeyes defense on the list, too, since the Outland Trophy is presented to the top interior lineman in college football.Â Ohio State was one of five schools to have three selections on the 80-man list. Munford is a now a three-time selection to the watch list, and he will try to be the first Ohio State player to win the award since Orlando Pace in 1996. 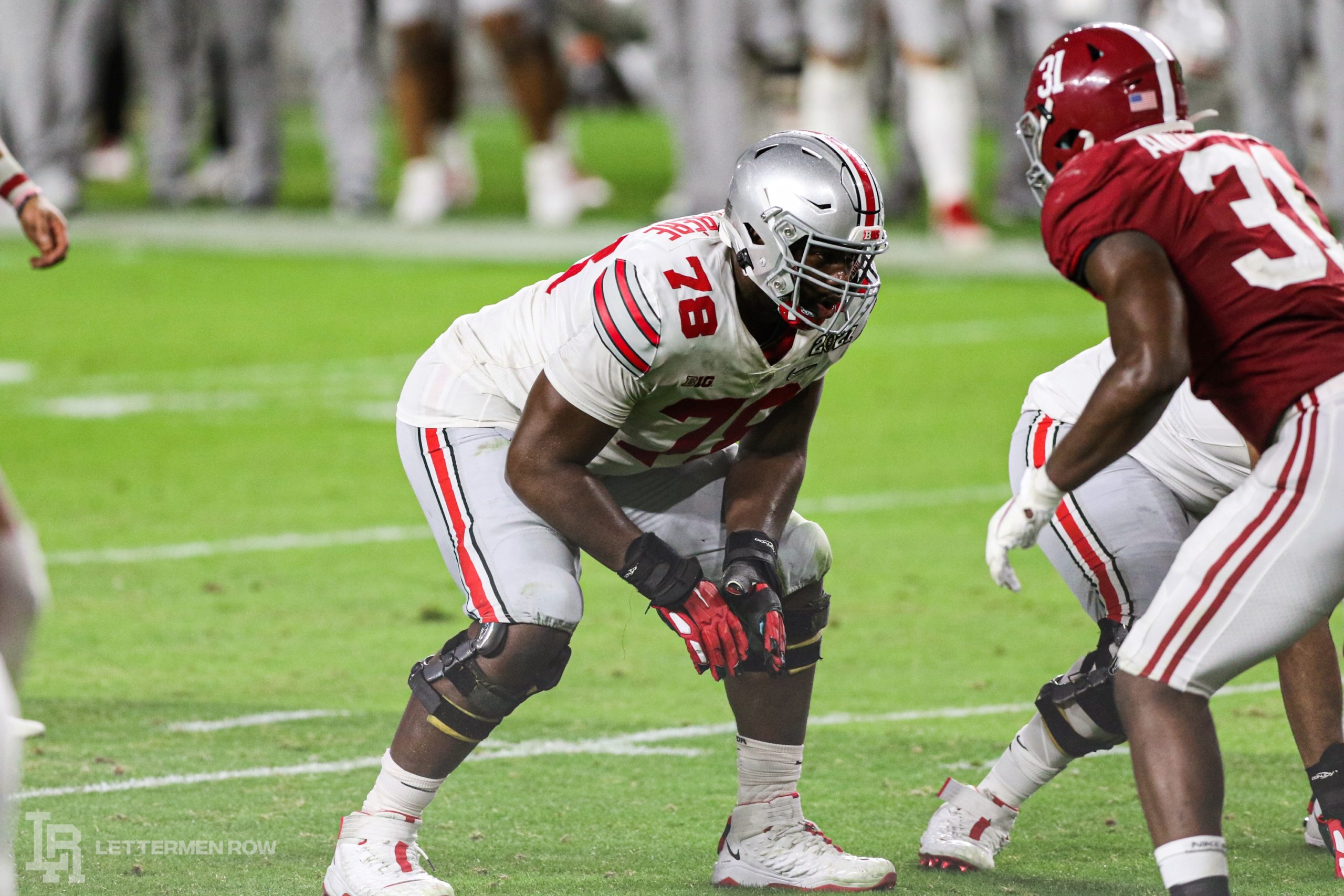 Nicholas Petit-Frere is one of the top returning tackles in college football. (Birm/Lettermen Row)

â€œI think at the end of the season, when we sat down and talked about it, obviously [becoming the first in his family] earning the degree was important,â€ Buckeyes offensive line coach Greg Studrawa said this spring about Munford.Â â€œBut more: â€˜Coach, I havenâ€™t peaked yet. I can be better than this.â€™

The Buckeyes starting left tackle is back for a final season in Columbus. Munford protected Dwayne Haskins and Justin Fields and opened running lanes for J.K. Dobbins and Trey Sermon. He is now the leader of the offensive line unit and is working to be the top tackle in the 2022 NFL Draft.

Petit-Frere started opposite Munford last season and proved to be an elite pass blocker. This spring he has focused on his run-blocking game. He has started fewer than 10 games in his career but has showed glimpses of his potential. And Garrett sat out this spring while recovering from injury, but he is expected to continue to rise after his All-American campaign last season.

The Ohio State offensive and defensive line played at a high level last season. But with plenty of returning experience, they could be even more dominant this season.