The speculation, debate and conversations about Ohio State never end, and Lettermen Row is always ready to dive into the discussions. All week long, senior writer Austin Ward will field topics about the Buckeyes submitted by readers and break down anything that’s on the minds of the Best Damn Fans in the Land. Have a question that needs to be tackled, like the one today about Ohio State and theÂ potential for the pass defense as part of Defensive Backs Week? Send it in right here — and check back daily for the answers.

Last year's D couldn't replicate either Chase Young getting home nor Jeff Okudah's ability to take out WR1s in single man. And losing one hurt the other. Do we think we will have DEs that can force QBs to pass under pressure to take the pressure off of the DBs?

The relationship between pass rush and pass coverage is inextricably tied together.

No matter how elite the cornerback, there’s only so long he can be expected to stick to a receiver if his teammates on the line can’t get to the quarterback. Similarly, if targets are running wide open down the field to allow for quick decisions, there’s not much time for the Rushmen to rack up sacks. Ohio State certainly wasn’t nearly as productive in either facet a year ago, and obviously that showed up on the stats sheet as the pass defense sank to No. 122 in the nation.

There are plenty of valid explanations for why that happened, and they have been rehashed here plenty. But one more to add to that list: It’s really freaking hard to replace generational talents like Chase Young and Jeff Okudah, a back-to-front tandem that is just about as good as anybody could ever hope to find in college football. And it’s doubly difficult when the next guys in line, whether that was Shaun Wade or Sevyn Banks in the secondary or Zach Harrison and Tyreke Smith on the edge, miss out on valuable developmental time in both the weight room and on the practice field. 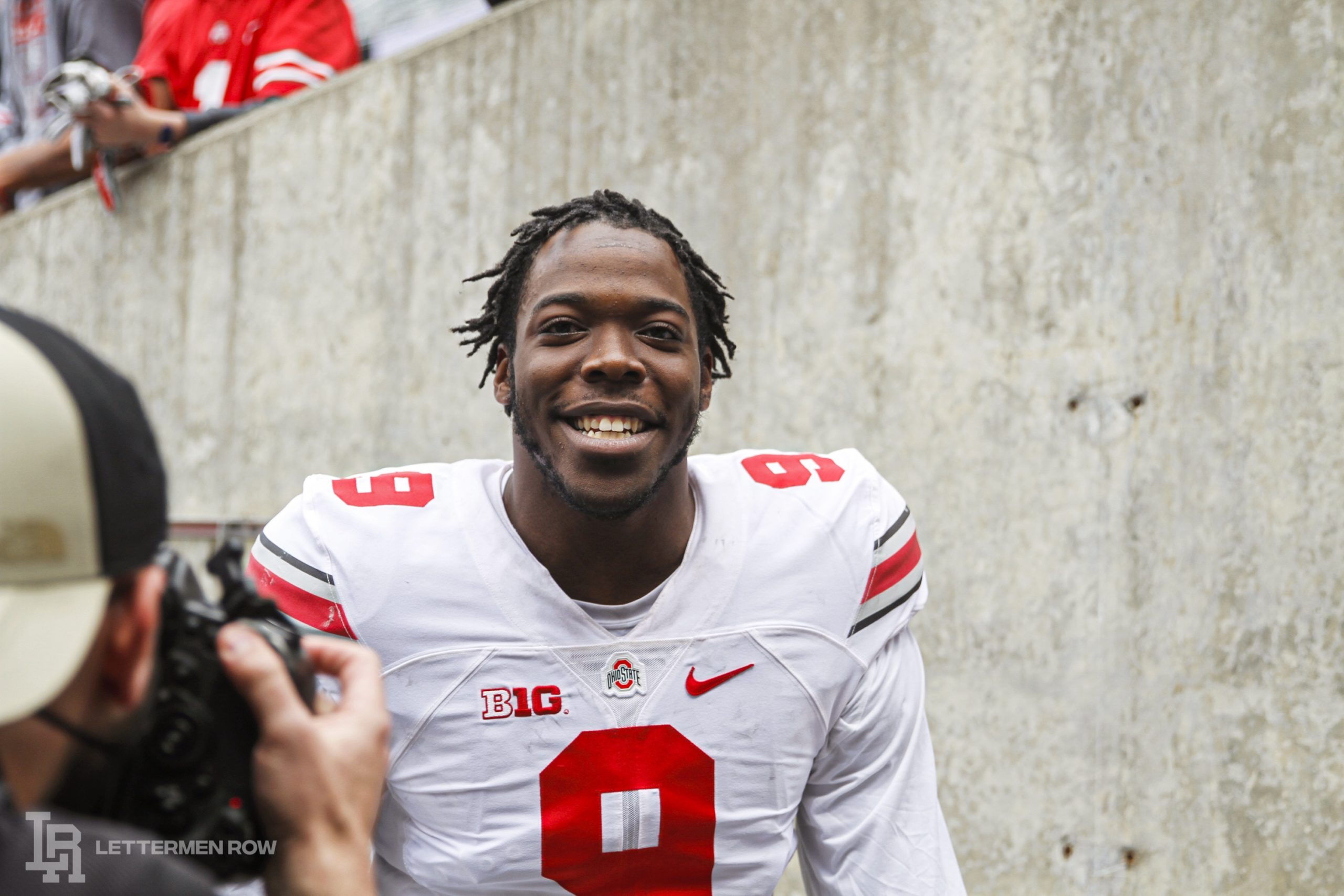 Wade doesn’t factor into this discussion for the Buckeyes anymore, of course. But Banks and a healthy Cameron Brown both have the kind of physical tools needed to become NFL cornerbacks. And there has never been any question whatsoever about the enormous potential Harrison and Smith have to terrorize quarterbacks at the next level. That combination should prove deadly for Ohio State this season, and it’s a major reason why it’s safe to bet on a massive bounce-back effort for the Silver Bullets.

Make no mistake: Holding anybody to a Chase Young or Jeff Okudah-type standard is probably not realistic and is almost unfair, even at a place like Ohio State or for players with five-star evaluations. But the fact that the Buckeyes have so many guys with the possibility to get close is an indicator of how quickly they can right the ship now that they are dealing with normal circumstances.

“More than anything having a practice with the whole team there is the biggest things,” Coombs said. “Itâ€™s really all of the above. But I also think itâ€™s important to recognize we won all the games but one and got further than we had the year before, got to the championship game. Now, Iâ€™m not saying that we would be [satisfied]. I can tell you this: If we get to the championship game again, weâ€™d be really happy.

Neither Kerry Coombs nor Larry Johnson have forgotten how to coach or help bring about improvements. The Buckeyes also are still recruiting at one of the highest levels in the nation, so there’s plenty of talent on hand to execute their plans. And even Young and Okudah needed a couple years before blossoming into the game-changing forces they became as juniors.

What happened last season could easily become just an aberration, a perfect storm of factors that included the loss of two of the best defenders in school history. But it’s still up to the next Buckeyes in line to go prove it this fall.