COLUMBUS â€“ With temperatures in the low 40’s at kickoff, the air was crisp on Saturday morning. Ohio State was not.

For the second straight week, the Buckeyes struggled to establish the running game against an inferior opponent but, thanks to the right arm of Dwayne Haskins, outlasted their Big Ten opponent, beating Minnesota 30-14.

Haskins completed 33 of 44 passes for 412 yards and three scores — two of them to junior wide receiver K.J. Hill — and made big plays when it mattered despite a lackluster effort from the Buckeyes running game. Mike Weber and J.K. Dobbins combined for only 86 yards on 23 carries as the Golden Gophers bowed their backs and hung tough with Ohio State.

As usual, Lettermen Row was in in the house and has the sights from Ohio Stadium. Check it out below.

When the gallery loads, hover over first time and then use your left-right arrows to scroll through photos. 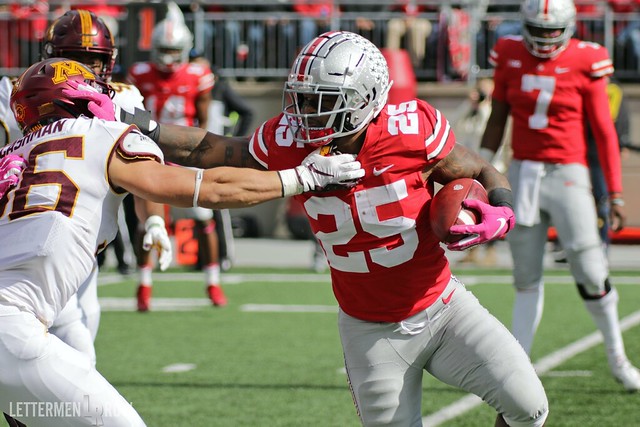