COLUMBUS — There is one position at Ohio State that can really keep Ryan Day up at night.

Odds are the Buckeyes coach didn’t sleep at all on Wednesday.

Managing quarterbacks has never been easy. But it’s increasingly become a high-wire act in the modern era of college football when transfers were on the rise even before the NCAA changed the rules allowing players to freely move to different teams once in their careers. But given the potential bombshell that top-ranked commit Quinn Ewers dropped this week, Day is now soaring on the trapeze 100 feet in the air with a safety net nowhere in sight.

The third-year coach has quickly proven himself to be a master of retooling his depth chart at the most important spot on the roster on the fly. Adding a fourth elite prospect to the room in two years, though, looms as his most daunting challenge yet.

“I donâ€™t know what this is going to look like moving forward,” Day said last week at Big Ten Media Days. “If I did, I would probably sleep a little better right now. But I do know that we want to have that room be be around for two to three to four years, so that we can have experience as we head into December in January. Thatâ€™s one of the things we havenâ€™t had. Weâ€™ve had really good quarterback play with Dwayne [Haskins] and Justin [Fields], but not a lot of experience where you know itâ€™s a third-year starter. We had that with J.T. [Barrett] and that was great. But weâ€™re trying to get that again. 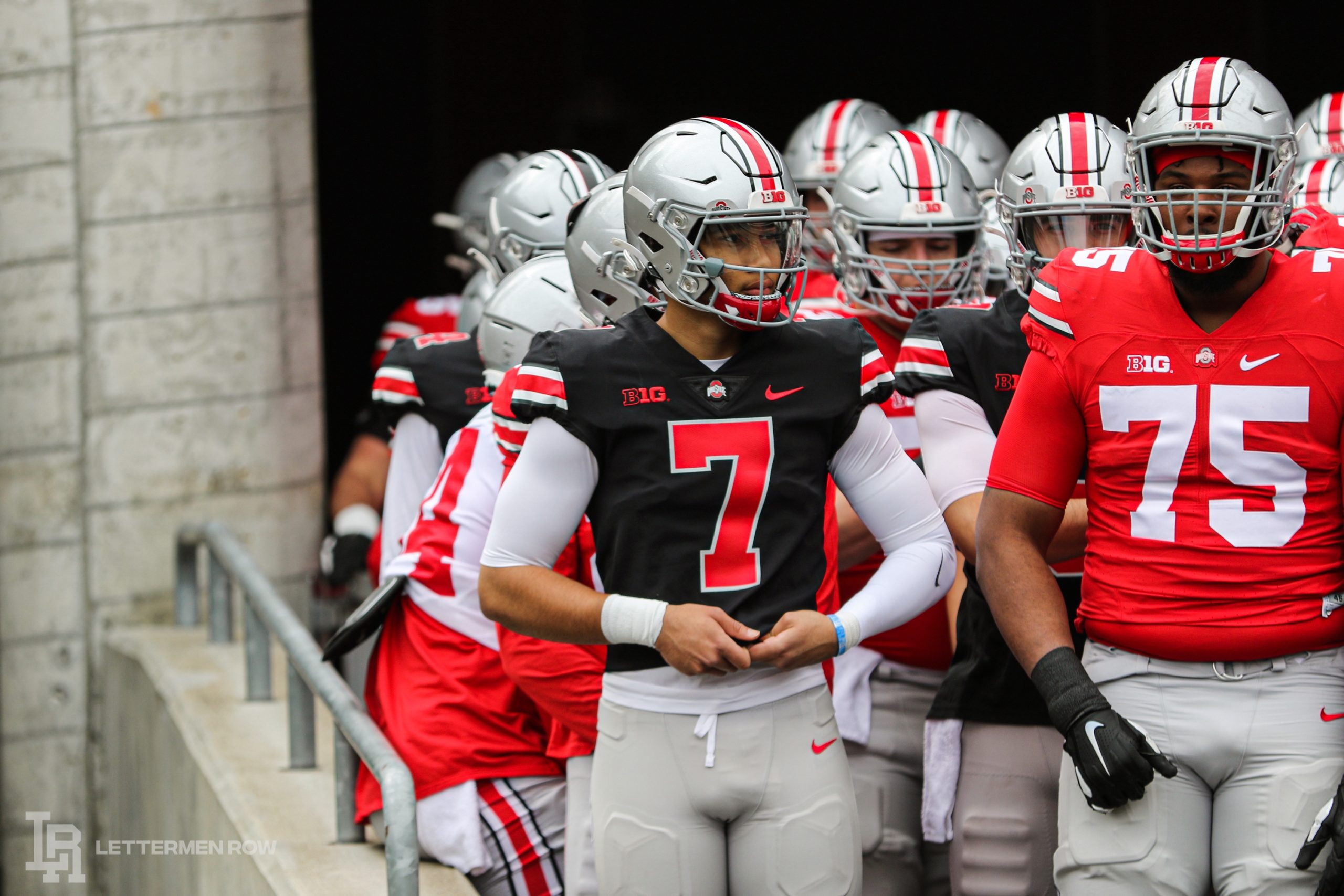 “I mean, weâ€™re going to play the best player. Thatâ€™s what itâ€™s going to come down to.”

Make no mistake: That passer is almost certainly going to be C.J. Stroud this season. Even if Ewers does reclassify and shows up for training camp next week.

Ewers is extremely talented, there is no question about that either. But there are two other five-star talents already on hand for the Buckeyes and another four-star arm who has a year of experience in the program. Expecting Ewers to make up all that ground on Stroud, Kyle McCord or Jack Miller in the span of four weeks is highly unlikely — and if he could, that would probably create more problems for Ohio State in the long run.

If Ewers is serious about skipping his senior year of high school and isn’t simply applying pressure to his home state of Texas to change its Name, Image and Likeness rules, the Buckeyes will obviously give him a shot to join the competition. Their plans for building the quarterbacks room for the future would have to be scrapped, but the coaching staff also isn’t going to tell the No. 1-ranked player in the nation that he can’t enroll now and risk losing him elsewhere.

But that will almost surely become a no-win situation for Day. The Buckeyes were never likely to keep all three quarterbacks signed in the last two years in the Woody Hayes Athletic Center for the duration of their careers. But Quinn Ewers moving up his personal schedule would directly impact the decision-making process for the rest of the Buckeyes as well.

Ohio State was always going to be facing a delicate aerial dance with its three-man competition. If nothing else, throwing a fourth into the mix increases the odds that anybody who doesn’t win the job in training camp could immediately start weighing their options to leave given the bunched-up logjam Ewers arriving would create. That would potentially include Ewers himself, since reclassifying would put him in McCord’s class — and the early enrollee has already started validating his own five-star skills after a breakout spring camp.

Losing Dwayne Haskins early two years ago, landing Justin Fields out of the transfer portal and piecing together depth behind him was a stroll in the park compared to this looming possibility for Day.

Ohio State has navigated these situations better than anybody in the country. But a four-ring circus would bring a whole new degree of difficulty and a lot more sleepless nights for the Buckeyes.