COLUMBUS â€” The 2022 recruiting cycle for Ohio State started with a major need at linebacker.

The Buckeyes lost four seniors from their current roster following the national championship game loss to Alabama. After this season, Dallas Gant, Teradja Mitchell and K’Vaughan Pope will follow.

So, when Al Washington landed three early commitments from C.J. Hicks, Gabe Powers and Dasan McCullough, there was no doubt about why. The need was there. Those three each fit nicely into a role the Buckeyes were trying to fill. The last few months, however, have provided time and change.

McCullough flipped to Indiana, where he’s now set to play alongside his two brothers and for his father, Deland.

Hicks and Powers have risen up the national rankings, proving themselves adept in pass coverage and downhill run-stuffing all while working out tirelessly to get themselves into shape for college football. Hicks can play every linebacker position and drop back into coverage easily if asked. Powers can play every linebacker position and put his hands in the dirt if asked. It’s a good combination that adds versatility and flexibility to future defenses.

And the Buckeyes could be close to adding another linebacker to their roster, too.

So maybe there’s no longer a need for a third Ohio State linebacker commit in the Class of 2022? There’s certainly been noÂ rush to replace McCullough, but that in itself doesn’t mean there’s no desire to do so. The Buckeyes did offer Utah linebacker Carson Tabaracci following a one-day camp last month, after all. 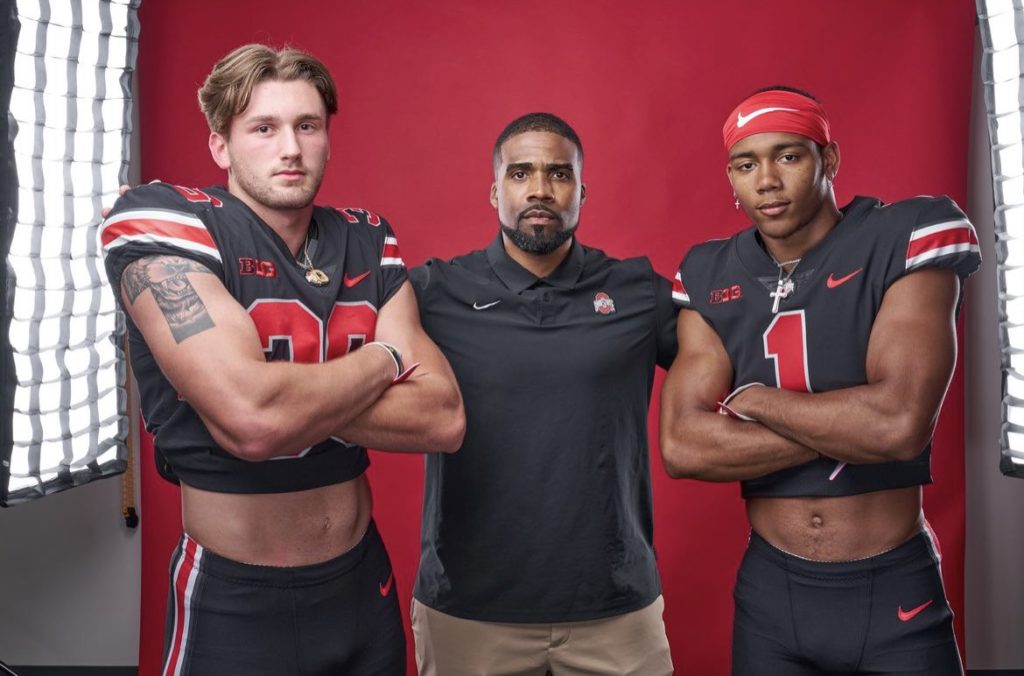 But what Hicks and Powers have done to improve their games matters. So, too, does the changing Ohio State defensive philosophy. If one outside linebacker position is essentially interchangeable with the Bullet spot, then the potential addition of Palaie Gaoteote and the push for Xavier Nwankpa mitigates the need for another linebacker — at least a little.

Yes, three seniors will depart this year but there’s no shortage of talent remaining for Al Washington.

Craig Young, Tommy Eichenberg, Cody Simon, Mitchell Melton and Reid Carrico will all return — with Gaoteote potentially in that mix as well. Steele Chambers apparently is on board with a move to linebacker, a position that always appeared to be one where he could excel coming out of high school. Then there’s that Bullet, with Kourt Williams leading the way and Nwankpa potentially joining him. Versatility matters. The Buckeyes learned that in a big way in the national championship game.

The conversation about whether a third linebacker is needed couldn’t be had if Hicks and Powers weren’t putting in the work they are. Hicks dominated The Opening last weekend in California and drew rave reviews from everyone there, including former NFL great Willie McGinest, who served as the linebackers coach.

“He’s good, he looks good,” McGinest toldÂ Lettermen Row. “He looks like a damn good football player. [Linebackers] have to be smart. You’ve got to be able to do your job, pass on information, get guys lined up, and navigate, track and do all that and you’ve got to make plays. He fits the bill right now.

“I know whatever college gets him is going to be a lucky college. They’re going to get a student of the game.”

Ohio State is still looking for a third linebacker in 2022 but aren’t panicking to find one. C.J. Hicks and Gabe Powers deserve a lot of the credit for that.