Have a question about Ohio State recruiting? This is the place for you, five days a week. Submit your questions on Twitter or on the Lettermen Row forums. Check-in daily to see what’s on the mind of Buckeyes fans all over the country. Wednesday’s question is about the 2020 offensive line and if the Buckeyes should be considering another at the position because of potential attrition.

Do you think OSU should try to add another 2020 OL? Thanks for the great coverage and insight throughout the year sir.

If I was asked this question two months ago, I would have answered with a definitive no. But as things have progressed at Ohio State this season, I think I may be changing my tune.

The Buckeyes have six offensive linemen committed in 2020, and there are only three scholarship seniors on the roster in Jonah Jackson, Branden Bowen and Josh Alabi. However, the success and development of the starting unit at Ohio State is turning some heads, and that could lead to some unexpected departures. There’s been an expectation that Thayer Munford could potentially leave for the NFL following this season, and in recent weeks the discussion about Josh Myers and Wyatt Davis testing the professional waters has gotten louder as well.

Basically, after needing four new full-time starters on the offensive line this season, there’s at least some chance that the Buckeyes could need to replace all five starters next year. On top of that, there’s the situation with Enokk Vimahi, the freshman from Hawaii. His plan when he arrived at Ohio State was to leave school for a two-year mission following this season. If Vimahi takes that mission as planned, his absence is another knock to the depth chart in 2020 and 2021.

That means the depth is going to be tested in a real, serious way. 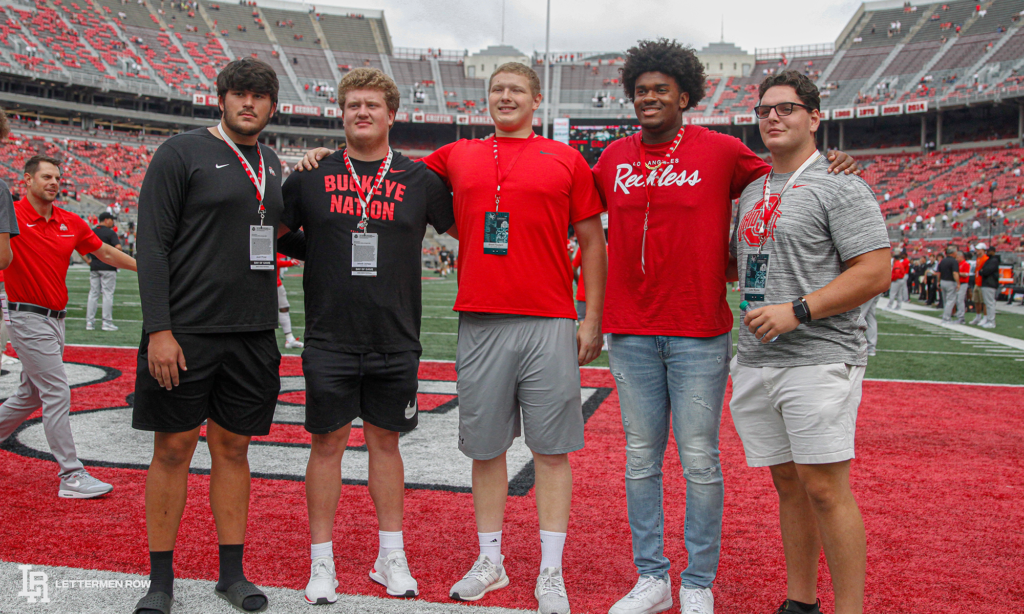 Six Ohio State commitments is a good number, but Grant Toutant will not be back to full strength after a recent labrum surgery until at least June. Trey Leroux and Jakob James are each going to need some body-changing development before they’ll be ready to compete for the Buckeyes. I think it’s reasonable to expect Paris Johnson, Luke Wypler and Josh Fryar — who will bring some much-needed versatility to Ohio State — will be fighting for a spot in the two-deep as freshmen, especially if each enrolls early as they intend.

But is six enough? I guess it probably could be. Ohio State hasn’t been making any recent overtures to other linemen, but with three or four spots left and only the running back position qualifying as a need and not a luxury, considering another player upfront may not be a terrible idea. The early signing period hurts the Buckeyes in this scenario, because if Myers, Davis and Munford all surprise the program and all bolt for the NFL, there won’t be a lot of available prospects that are Ohio State caliber in January.