Have a question about Ohio State recruiting? This is the place for you. Check-in daily to see what’s on the mind of Buckeyes fans all over the country. Today we’re talking about the defensive backs being recruited by Kerry Coombs and Matt Barnes as Ohio State continues to rebuild the back half of its defense.

Should we be worried about our DB’s for the 2022 class?

It’s unfortunate that Ohio State can’t just sit back and celebrate its five current defensive back commitments while it continues to chase Xavier Nwankpa and Zion Branch. But it’s 2021, and the state of college football recruiting is such that any kind of win on that front is automatically coupled with concerns and ramifications about potential losses.

It shouldn’t be that way, but it is. Every commitment these days brings with it an inevitable question: How does this impact so-and-so?

When Texas 4-star Terrance Brooks offered his verbal to the Buckeyes two weeks ago, there were concerns that it could lead to attrition from one of the three cornerbacks already committed to Ohio State. There were concerns before Ryan Turner took his official visit over the June 25 weekend that he was looking around. The concerns about the strength of Jaheim Singletary’s commitment preceded that by two weeks because the Jacksonville 5-star was visiting Georgia and Miami. The worry about just how solid Jyaire Brown was percolated forÂ months as the Buckeyes first 2022 commitment never shied away from talking to other schools.

That’s the nature of the beast right now. There’s no way to avoid it. Ohio State coaches, Kerry Coombs and Matt Barnes in this case, don’t have it easy. There’s no doubt that balancing egos of teenagers is an important part of their job — but it’s not the most important thing.

Ohio State has to win games and put together the best 85-man roster it can, period. 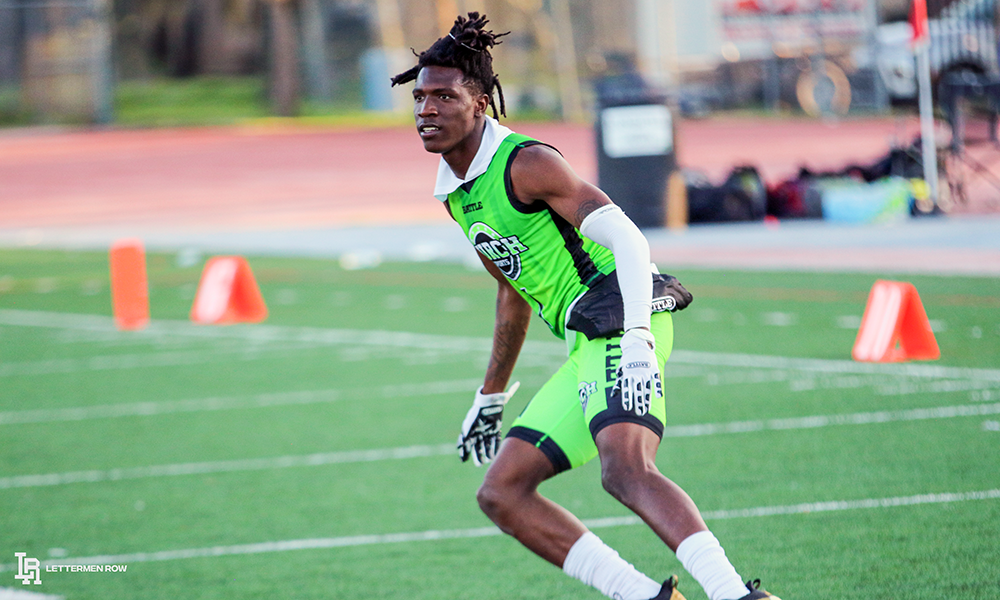 Ohio State has been upfront with Jaheim Singletary about its plans for him and other cornerbacks from the start. (Birm/Lettermen Row)

So for Coombs, Barnes and Ryan Day, that means restocking the defensive back room as they see fit in this cycle. The goal to sign seven defensive backs is clear. Doing that means the Buckeyes have had to be very intentional with their discussions andÂ brutally honest with each player they’ve recruited — and each player that has committed. There is no room for misinformation, no room for leaving things open to interpretation. Every school recruiting against Ohio State is doing so, underlining in bright red marker:Â Seven defensive backs?!

The responsibility of the Buckeyes coaches is to make sure that the roster is where it needs to be. It wasn’t a year ago, period. Cameron Brown injured his Achilles against Penn State and there was zero depth ready to go behind him as COVID continued to decimate the secondary all season. There’s been no clear-cut answer emerging this spring and summer as the next guy at cornerback, and the safety position is up in the air beyond this season.

Ohio State accepts commitments from players it wants and players the Buckeyes believe are difference makers. No one in Columbus wants to spend time worrying about committed prospects, but other schools aren’t going to stop coming after them.

Recruiting, especially when defensive backs from the southern U.S., is never easy. There’s always something to worry about. Ohio State has the utmost confidence in its program and what its got to offer.

If one of the currently committed players thinks another pasture is greener, there will be no shortage of players waiting to take his place.