Have a question about Ohio State recruiting? This is the place for you, five days a week. Submit your questions on Twitter or on the Lettermen Row forums. Check in daily to see what’s on the mind of Buckeyes fans all over the country. Today, we look at the evolution of the Buckeyes defensive line and the type of players Larry Johnson is looking for.

It does appear that Ohio State has changed its focus a bit along the defensive line, choosing to recruit a slightly larger variation of prospect in the 2020 cycle and looking forward.

Simply put, I don’t think that there will be many 6-foot-3, 230-pound defensive linemen making their way into a recruiting class for the Buckeyes unless it’s a player who isÂ extremely special with his hand in the ground. In this new Ohio State defensive approach, what Larry Johnson and the Buckeyes are looking for are big kids who can cause havoc as a defensive end or a defensive tackle — and can switch around without requiring a philosophy change to accompany the substitutions.

The Buckeyes are still looking at some weakside defensive end prospects, the quick-twitch types like Desmond Evans and Fadil Diggs for example. But neither of their frames (6-foot-6 and 6-foot-4, respectively) are even close to completely filled out right now. They’re both under 240 pounds, will easily grow to 260 or more in college and are likely to retain their athleticism at the next level.

But looking at the rest of the Ohio State defensive line offers in 2020, it’s easy to see a pattern emerging. 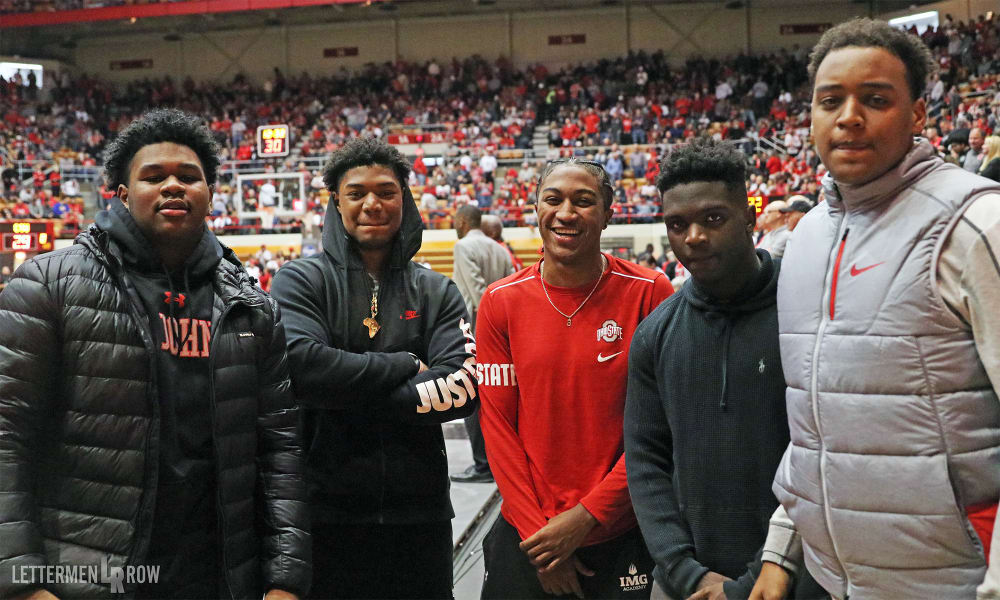 The strongside defensive ends who have picked up scholarship opportunities from the Buckeyes average 6-foot-5 and 255-pounds. That’s a serious commitment to recruiting bigger bodies athletic enough to play on the outside but also the size to change the way that defense is played from the inside out. That’s why a player like Cincinnati’s Darrion Henry is so important for Ohio State in 2020. He’s the type of player that a defensive approach is being built around. That’s why prospects like Utah’s Xavier Carlton, who was offered by Johnson last week, are becoming major targets in this recruiting cycle.

The same can be said for the interior line prospects being recruited by Ohio State. There aren’t many 6-foot-1, 330-pound types on the radar for the Buckeyes. Instead, it’s players like Texas standout Vernon Broughton and North Carolina 4-star prospects like Jacolbe Cowan andÂ Kedrick Bingley-JonesÂ — all of them 6-foot-5 — who are are the top targets.

The goal for the Buckeyes is simple: Find the best group of interchangeable players to play on the defensive line, even if that means eliminating the standard positional definitions.