Why is Elias Ricks considered realistic flip option for Buckeyes?
Article written by:

Have a question about Ohio State recruiting? This is the place for you, five days a week. Submit your questions on Twitter or on the Lettermen Row forums. Check in daily to see what’s on the mind of Buckeyes fans all over the country. Today’s questions asks why Elias Ricks is being considered a real option to flip for Ohio State despite his seemingly solid commitment to LSU.

Why is Elias Ricks still considered open for business more than other 5-star recruits?

Elias Ricks committed to LSU on the same day that Gee Scott committed to Ohio State: Christmas Day, 2018. And Ricks has been a vocal leader for the Tigers 2020 recruiting class since.

He’s made regular trips to Baton Rouge and even showed up on campus to help persuade fellow Californian and 5-star prospectÂ Kendall Milton to join him at LSU during the running back’s official visit last month.

There were rumors Ricks was moving to Baton Rouge this spring because he was transferring out of Mater Dei (Santa Ana, Calif.) to graduate early. Those rumors, since refuted by Ricks, were meant to be further proof of how solid his verbal commitment to the Tigers was.

Now, though, the country’s second-ranked cornerback prospect is at the IMG Academy (Bradenton, Fla.) and his roommate there is Ohio State commitment Lejond Cavazos. A whole new group of rumors, including one that Ricks is a likely flip option for the Buckeyes, has picked up a bunch of steam after bubbling beneath the surface for the past month or so.

Why? What makes Ricks seem like a viable, realistic flip candidate despite his solid commitment to LSU and his excellent relationships with that coaching staff?

There are a few reasons that I think his name continues to get thrown around. Shall we make a list?

Elias Ricks is a big fan of Ohio State

We’ve talked about this topic before, but I suppose with only four or five scholarships still available in the Class of 2020, we’re likely to go over the same names regularly over the next few months. So, to reiterate, here’s what Ricks said about the Buckeyes last summer, prior to his first and only visit to Ohio State.

â€œThatâ€™s one of my dream schools. I just want to get out there, hear some good news possibly and come back home. Theyâ€™ve produced a lot of first-round talent,” he told Lettermen Row at The Opening in 2018. â€œOhio State puts out a lot of top defensive backs. The way he played, he has good technique, he always has a hand on the ball. I have always liked Ohio State.â€

In fact, Ricks has told media members recently that if Urban Meyer hadn’t retired, there’s a good chance he would be committed to the Buckeyes right now rather than LSU.

Ricks doesn’t talk much, but when he does, he tells the truth

Here’s one of the key reasons that Ricks is being considered a real flip option: He’s not outright shutting that talk down when he’s had the chance.

I suppose that’s telling. It’s also encouraging more conjecture, because a lot of kids in his position would just tell people one thing publicly while feeling another thing privately. Ricks has gone on record and stated that it’d take a lot for him to flip from the Tigers — something big like a head coaching change, for example.

And because of how inconsistent the LSU program has been in recent years, there are a lot of folks out there who believe the idea of Ed Orgeron being let go in the event of a down year isn’t that far-fetched.

So in essence, Ricks is seeing his name brought up over and over again because he’s telling the truth.

Ohio State is expected to get an official visit this fall

Finally, Ricks is talked about as a real flip candidate because he’s repeatedly told people he intends to make an official visit to Ohio State this fall.

He’s said it right after his LSU commitment, and he’s maintained that assertion since. Since January and the hiring of Jeff Hafley, the relationship between Ricks and the Buckeyes has been rebuilt. And if the last few weeks have shown us anything, it’s that Hafley and Ryan Day are a very productive duo of recruiters.

If that get a chance, if they get him on campus, things can happen. 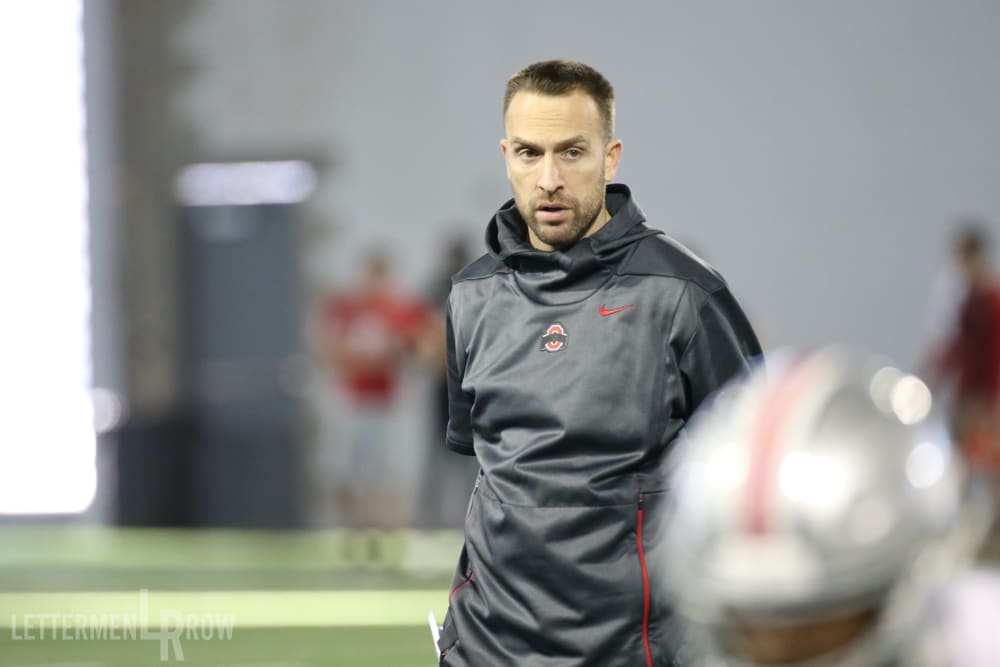 Ricks has also recently suggested that he’ll take an official visit to Alabama, and it’s pretty easy to understand why: He wants to compete for national championships, and there are only a few programs in the country that present that opportunity year in and year out.

So why is Elias Ricks being talked about the way he is? Because he’s a smart young man who is checking off everything on his list of priorities. He’s doing it without the usual cloak-and-dagger routine that has become standard in recruiting. For a teenager making the biggest decision of his list, why not measure twice — or heck, three times — before cutting once?