After 16 months of the NCAA-mandated dead period, the cap on recruiting was lifted on June 1. And the Buckeyes didn’t wait a long, opening up their doors this weekend to 2022 commitments and prospects. The weekend, dubbedÂ Buckeye Bash 2.0, welcomed a handful of must-get recruits, plus a few unofficial visitors from the 2023 class.

Along with interactions with the coaching staff and professors, recruits and their families took tours of campus and the Horseshoe. And the visitors snagged some photos in Ohio State uniforms.

Ohio State welcomed eightÂ of its 12 commitments in the class of 2022 this weekend. 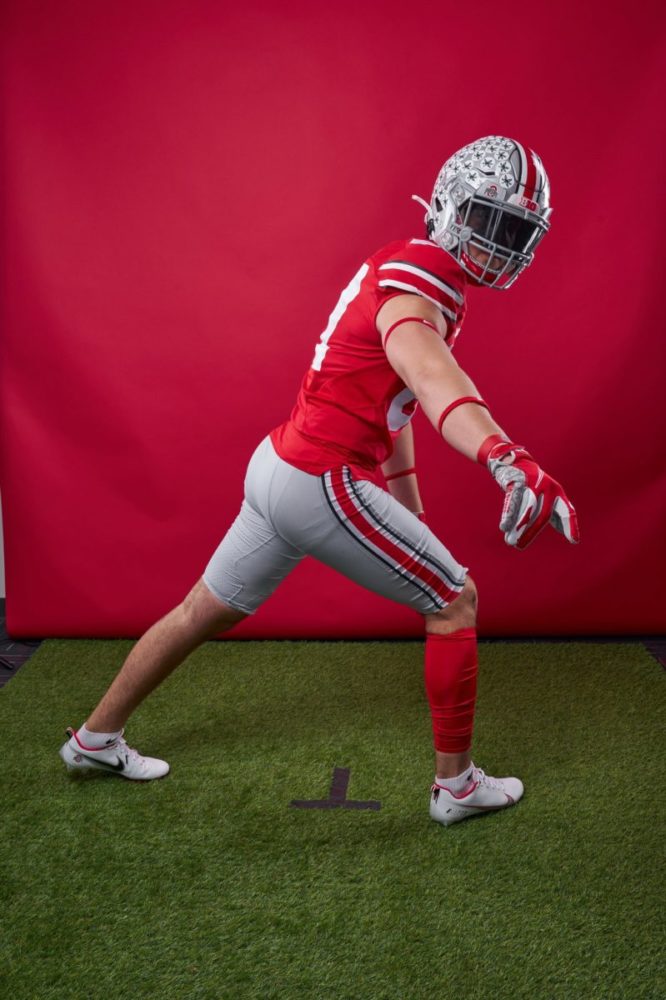 Tshabola recently reaffirmed his commitment to the Buckeyes. This came after he publicized an official visit to Kentucky, which he called off a day later. In all, nine of the Buckeyes 12 commitments visited their future homes this weekend.

“I loved it,” Caleb Burton told Lettermen Row. “There ain’t no better place to be.” 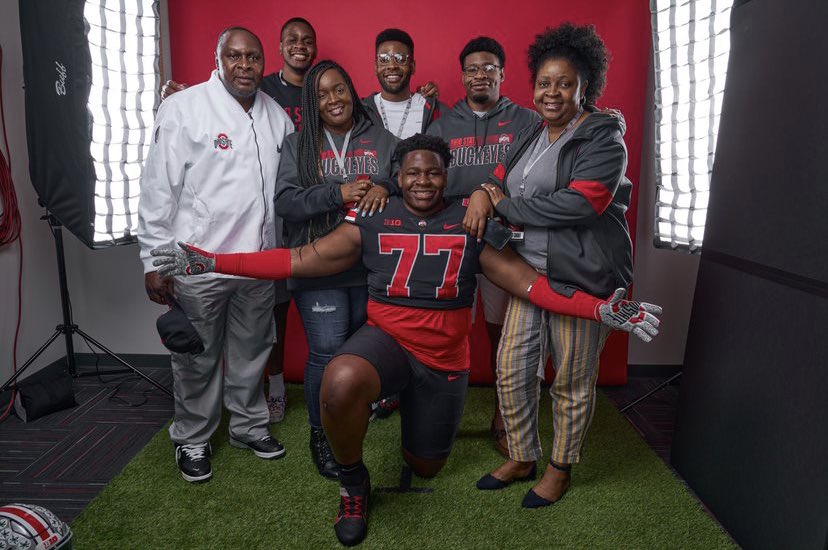 Tegra Tshabola, the lone offensive line commitment for Ohio State, made the trip to Columbus with his family. (Tegra Tshabola/Twitter)

Along with their 2022 commitments, the Buckeyes hosted plenty of high-ranked recruits that are on the must-get list.

Zach Rice, the country’s No. 1 offensive lineman, put a video outÂ of his tour around Ohio Stadium. He’s quoted as saying â€œMan itâ€™s crazy out here. 10/10.” The Buckeyes are in the mix to land his commitment along with Alabama, Notre Dame, North Carolina and Virginia.

Five-star defensive lineman Omari Abor was also in Columbus. A defensive end, Ohio State and Larry Johnson entered the weekend with him Abor as a top priority. He’s a freaky athlete who could be Johnson’s lasting legacy. 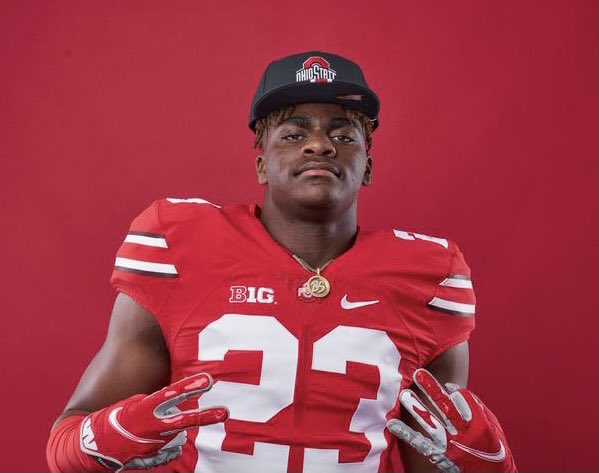 Another player the Buckeyes have their eye on is 4-star offensive lineman George Fitzpatrick. Not talked about a lot in the 2022 class, the Colorado native is the countryâ€™s No. 31-ranked offensive tackle but has the athletic profile the Ohio State coaching staff loves. 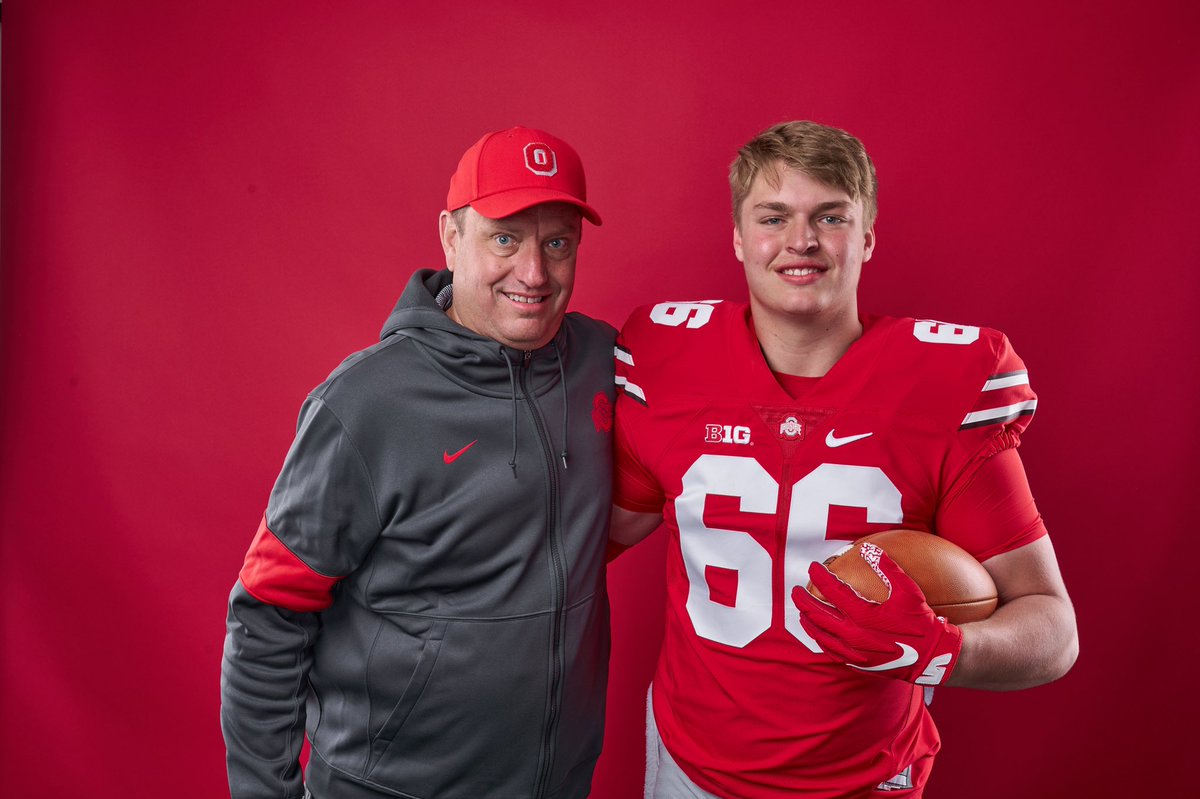 George Fitzpatrick is the country’s No. 31 offensive tackle. (Mark Fitzpatrick/Twitter)

Two highly-ranked safety prospects took official visits with Ohio State over the weekend, too. A four-star recruit from Las Vegas’ Bishop Gorman,Â Zion Branch has been a priory for the Buckeyes for months. Standing 6-foot-2 and 190 pounds, he’s a perfect fit in Kerry Coombs’ secondary.

The other top-five safety to roll into Columbus was Xavier Nwankpa. The No. 1 recruit coming out of Iowa, he has official visits scheduled with Notre Dame and Texas A&M later in the month, but the Buckeyes have made him a top-priority, too. 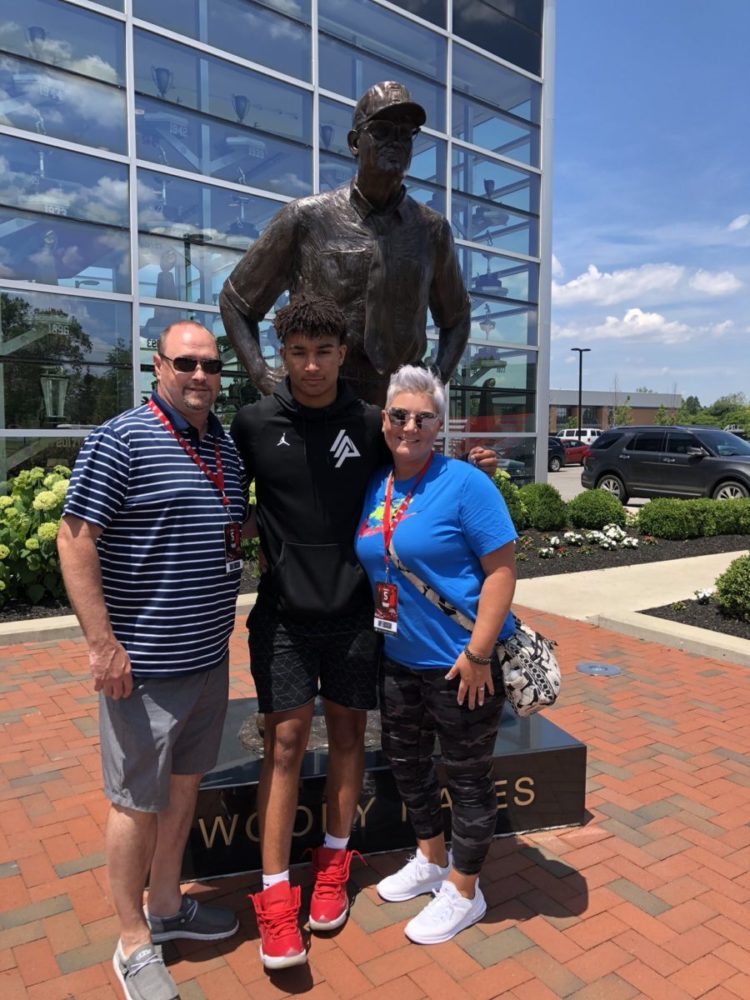 Xavier Nwankpa is a top-five safety in the 2022 class. (Amy Erickson/Twitter)

While the weekend was really spent on piecing together the 2022 class, Ohio State had a few members of the 2023 class stop by. The Buckeyes are trying to save unofficial for the weekdays, but are happy to work around schedules.

The No. 1 tight end in the 2023 class visited with the Ohio State staff on Saturday. The top-ranked prospect in Oklahoma,Â Luke Hasz already has an offer from the Buckeyes in hand. 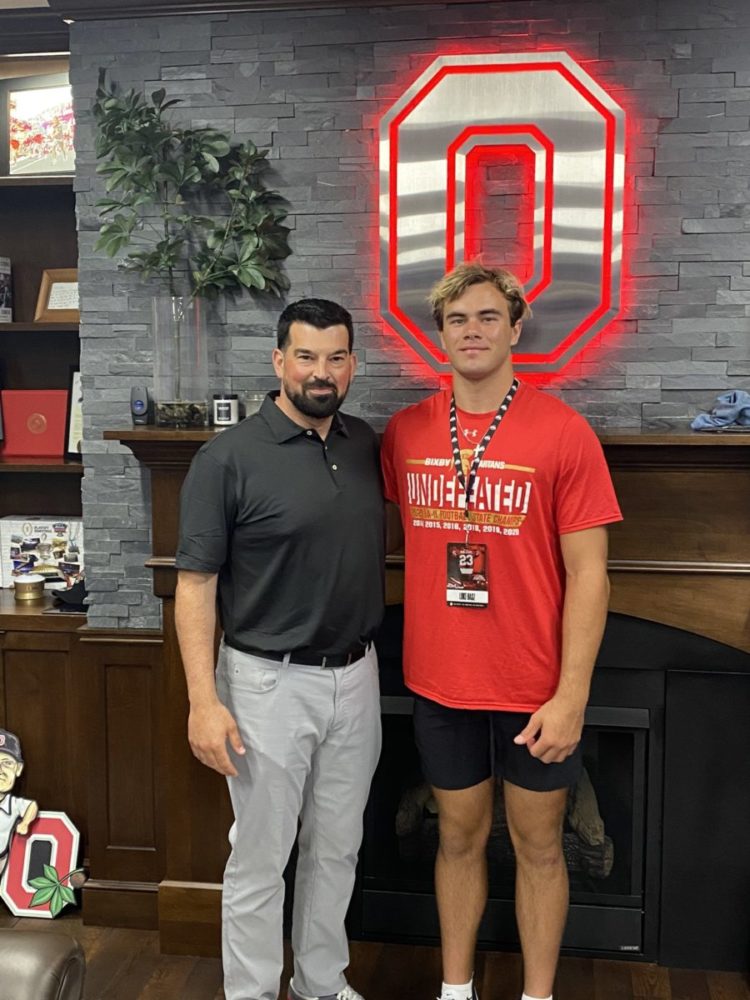 Luke Hasz is the top-ranked tight end in the 2023 class. (Luke Hasz/Twitter)

Hasz wasn’t the only 2023 tight end to make a trip, Walker Lyons from Folsom, Calif., also took an unofficial. A 6-foot-5, 230-pound prospect, he is California’s 10th-ranked recruit and the ninth-rated tight end. Alabama, Ohio State and Oregon have already offered Lyons. 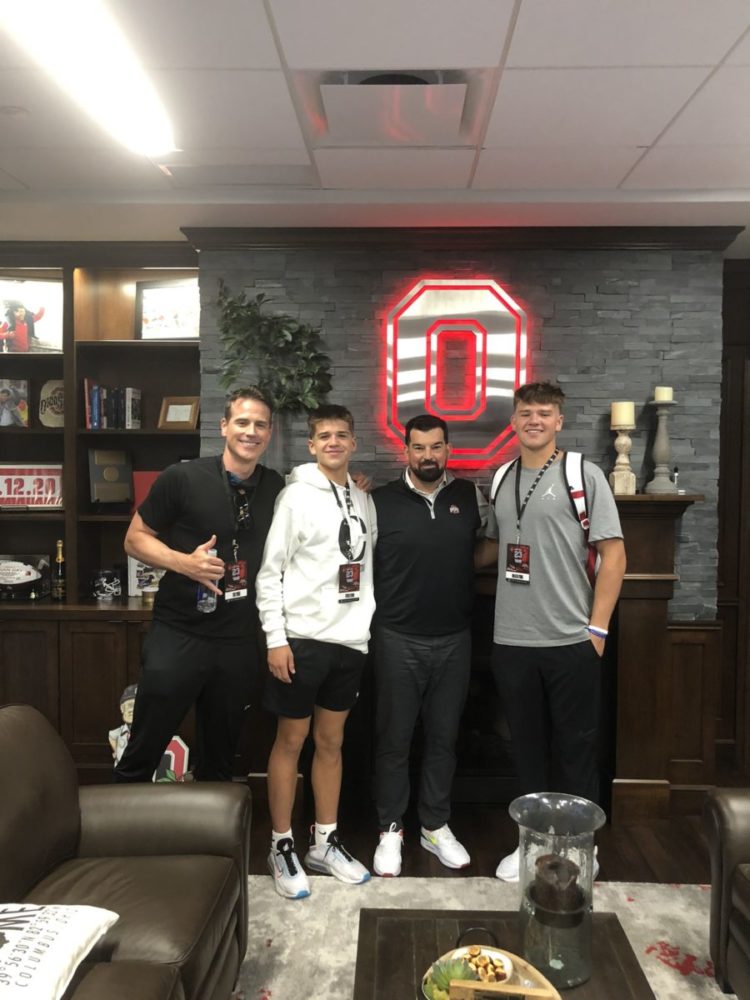 While Ohio State worked to put together its 2022 defensive line class, it had a 2023 defensive stop by for an unofficial visit. A 6-foot-4, 235-pound prospect,Â Derrick Leblanc is 4-star recruit and top-15 defensive lineman. He already visited Miami this month, and Florida, Georgia and Alabama have already offered and are showing heavy interest. 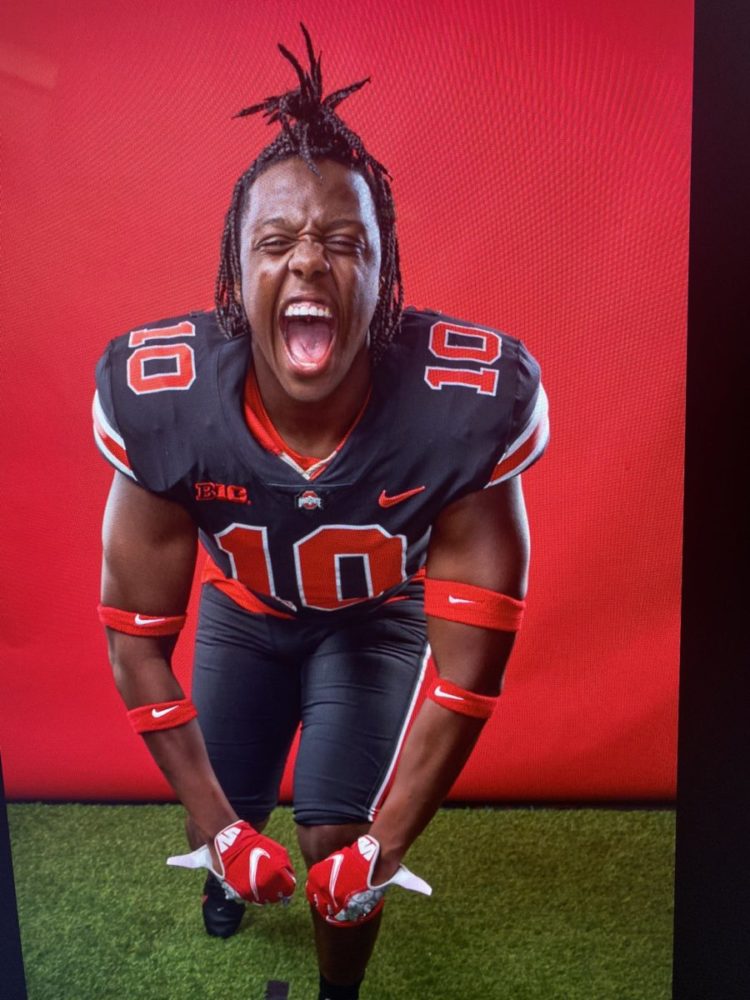 Some players are still in town, but the majority of the activities have ended. Now the Ohio State coaching staff will wait to see if its efforts paid off.