Have a question about Ohio State recruiting? This is the place for you, five days a week. Submit your questions on Twitter or on the Lettermen Row forums. Check-in daily to see what’s on the mind of Buckeyes fans all over the country. Today’s question is about Larry Johnson and the Ohio State defensive line recruiting efforts.

The class of '22 has no one on the D line yet. Who is the next great DE coming in?

We recently talked a bit about the importance of June for Larry Johnson and Ohio State, but it’s worth reiterating.

Every single major Buckeyes defensive line target is expected to be on campus next month. It’s a four-week stretch that will provide Johnson the chance to get much more comfortable with the players he’s been forced to virtually recruit over the last 16-plus months — and vice versa.

And as pointed out, it’s about time for the Buckeyes to make a couple of serious moves along the defensive line. The Ohio State 2022 recruiting class is the Big Ten’s best and the country’s No. 2-ranked group, but it’s missing Johnson’s influence to this point.

Next month should bring some answers to the defensive line questions. Some of them have less intrigue than others, though. There’s no question that right now the top of the Buckeyes defensive line board includes Caden Curry and Omari Abor. That pair are the must-gets for Larry Johnson and Ohio State. If today’s question requires a succinct answer, then that’s where it can be found.

Bring in that duo to the Class of 2022 and everything else on the defensive line is gravy, period. 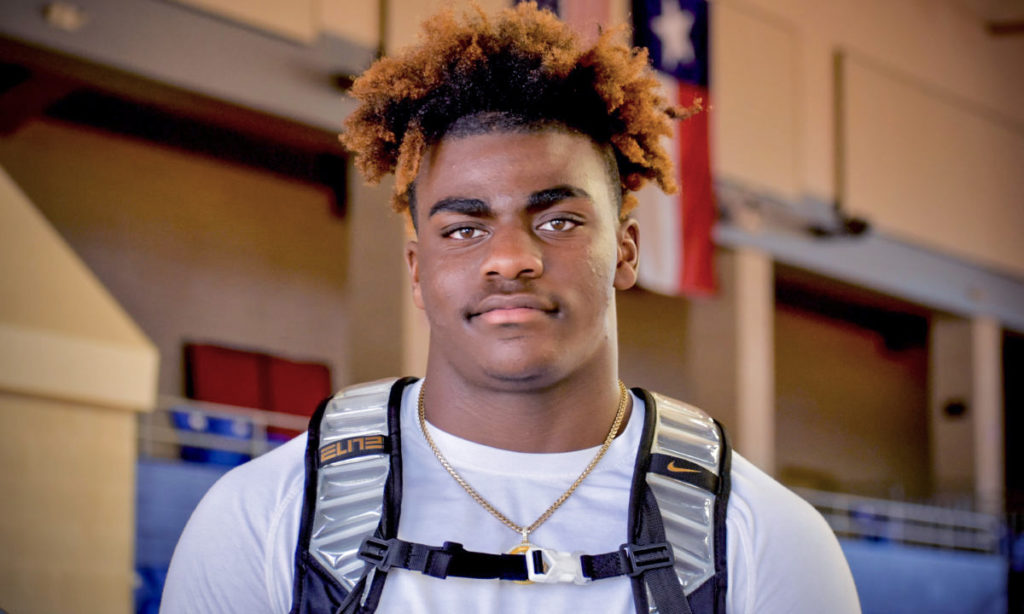 Omari Abor is the top true defensive end target on the Ohio State board in 2022. (Special to Lettermen Row)

Curry and Abor may be the top options, but they’re hardly where the list ends. Ohio State has had a lot of time to sort through the best of the best around the country, and it will happily evaluate as many of them as possible in person. That means rolling out the red carpet for uber-talented players like Enai White and Kenyatta Jackson when they arrive for official visits in late June. It means taking a hearty, yet unlikely-to-matter, swing with 5-star Gabriel Brownlow-Dindy to see if Johnson can pull off a Florida coup. There’s a September official visit planned for Florida 4-star Marvin Jones, too.

Recently offered Maryland standout Dani Dennis-Sutton is a player some are calling the country’s best defensive end. June will tell the tale for Ohio State as to whether or not they offered too late. The Buckeyes will try to get him over for a visit to see exactly where they stand.

There’s no shortage of elite defensive ends in the Class of 2022. Many of them say they are seriously considering Ohio State.

Now it’s time to find out which options are real and which ones aren’t.