Have a question about Ohio State recruiting? This is the place for you, five days a week. Submit your questions on Twitter or on the Lettermen Row forums. Check in daily to see what’s on the mind of Buckeyes fans all over the country. Today’s question looks at the Buckeyes recruiting approach in Ryan Day’s first season.

First and foremost, I agree that a couple of the current 3-star prospects committed to Ohio State — there are nine of them according to theÂ 247Sports composite rankings — will eventually move up into consensus 4-star range.

Cam Martinez, Joe Royer and Josh Fryar are already ranked as 4-star players according toÂ 247Sports itself, and it seems plausible that the other national recruiting networks will follow along whenever the next round up prospect updates happen. Grant Toutant was a 4-star prospect until the day he committed to Ohio State despite very good showings at multiple camps in the spring. One subpar performance affected his ranking on a major network, though, and he dropped. He could make the move back into 4-star range as well.

And if those guys get bumped to 4-star status and Gee Scott receives a much-deserved boost into 5-star status, the Buckeyes fourth-ranked recruiting class of 2020 is likely to overtake LSU and move up to No. 3 — and maybe even surpass Alabama and spend some time as the country’s second-ranked class. 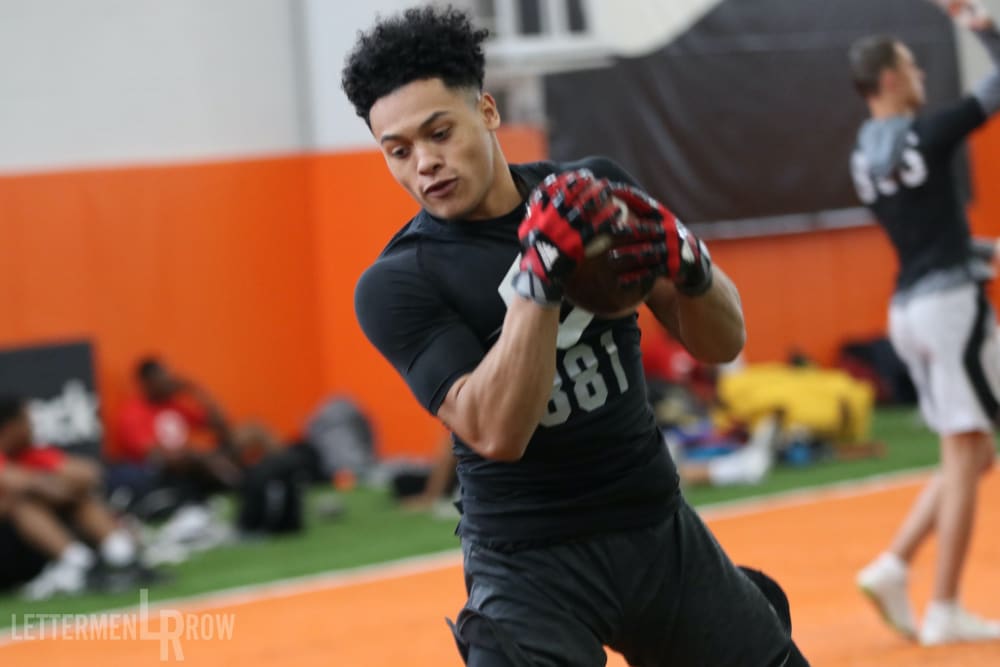 Ohio State verbal Cameron Martinez is one of the country’s best football players despite a 3-star composite ranking. (Birm/Lettermen Row)

As for the 3-stars and the higher-than-usual number of them, I think that is the natural result of a few simultaneously occurring phenomena.

First, yes, losing Urban Meyer meant that Ryan Day, a first-year head coach, made an earlier decision on a few in-state prospects than Meyer would have. Day wanted to prove to Ohio high school coaches that his commitment to recruiting inside the Buckeye State was sincere. Day emphasized the need for offensive linemen in his first class, and that need intersected with the desire to recruit more Ohioans. So it wasn’t a major surprise when Jakob James and Trey Leroux were added by Day even if the timing for those two players was different than it would’ve been under Meyer.

James comes from one of the Midwest’s foremost football families and has a gridiron lineage that is second to none. Leroux is definitely more on the raw side when it comes to football itself, but his 6-foot-8, 340-pound plus frame makes him an enticing prospect down the road.

But is this a change in recruiting strategy beyond a commitment to Ohio-born football players? No, not at all. The Buckeyes have maintained their place as one of the country’s top football programs because they recruit the best of the best from every corner of the country, period. The coaching staff in Columbus feels players like Martinez, Mitchell Melton and Toutant are in that group and that’s why they’ve recruited them from Michigan and Maryland.

That is not going to change under Ryan Day. This sounds crazy, but I won’t be surprised if Day’s tenure actually sees Ohio State recruitÂ better than the Meyer Era when all is said and done.