For Tyreke Smith, one game actually did make the difference.

The common wisdom in recruiting is one result rarely changes a player’s mind. For Ohio State and defensive line coach Larry Johnson, though, it’s impossible to deny the impact that individual performances by his unit have had on two high-profile recruiting battles in the 2018 and 2019 recruiting cycles.

Ohio State went from trailing to signing Ohio’s best defensive line prospect in each of the last two years after Johnson’s group dominated in big games against each player’s recruiting leader. In October of 2017, that group helped rally the Buckeyes to a stunning come-from-behind win against Penn State — which led to come-from-behind recruiting victory against the Nittany Lions a little more than a month later.

“That [game] was the difference,” Ohio State freshman Tyreke Smith said after the Rose Bowl. “I was actually committed to Penn State when I was at the game. I thought they were going to win. I noticed in the fourth quarter how the defensive line didnâ€™t drop off. Penn State, you could tell they got tired. But Coach Johnsonâ€™s defensive line, nothing stopped, if anything, they got better as the game went on.

“That day got me thinking like: â€˜This dude really makes dudes better.â€™ With the talent I have — I was a natural player, I hadnâ€™t played a lot of football — I felt it was the best decision for me. He could teach me and hone my skills the best.” 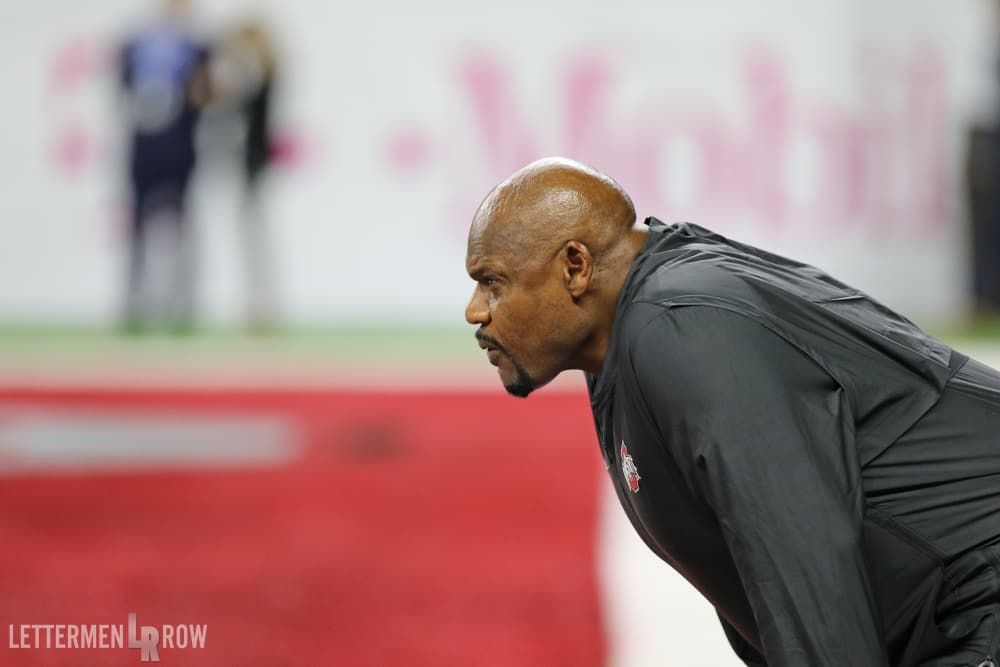 Tyreke Smith watched Larry Johnson’s players dominate the team he was committed to and decided to change his commitment. (Birm/Lettermen Row)

Last November, Ohio State again saw the benefits of Johnson’s expertise as the defensive line helped decimate a favored Michigan squad. Again the opponent appeared to be in the lead to land 5-star defensive end Zach Harrison, despite him living just 20 minutes from Ohio Stadium.

Harrison signed with the Buckeyes in December, citing Johnson’s tutelage as the motivating factor. And now the Buckeyes can continue building with both Smith and Harrison in the pipeline at defensive end.

Originally from California, Smith was more of a basketball player than a football player growing up. He credits Johnson, who worked with him at camps and school visits in the summer of 2015, with taking his game to the next level.

“I went on a visit, and we started breaking down film and my foot moved like, a little bit, and he broke it down gave me like ten things to work on,” the 6-foot-4, 260-pound freshman said. “That was before a high school season, and I worked on those things he told me I had to improve and I could tell how much I excelled throughout the season. Itâ€™s those little things he keys in on.”

After playing in 12 of Ohio State’s 14 games as a freshman, Smith knows the Rushmen are primed to once again lead the defense.

Even with Nick Bosa and Dre’Mont Jones leaving early for the NFL, Ohio State has two experienced ends in Chase Young and Jonathon Cooper returning, a loaded group of defensive tackles — and Smith poised to take the next step after chipping in nine tackles last season. 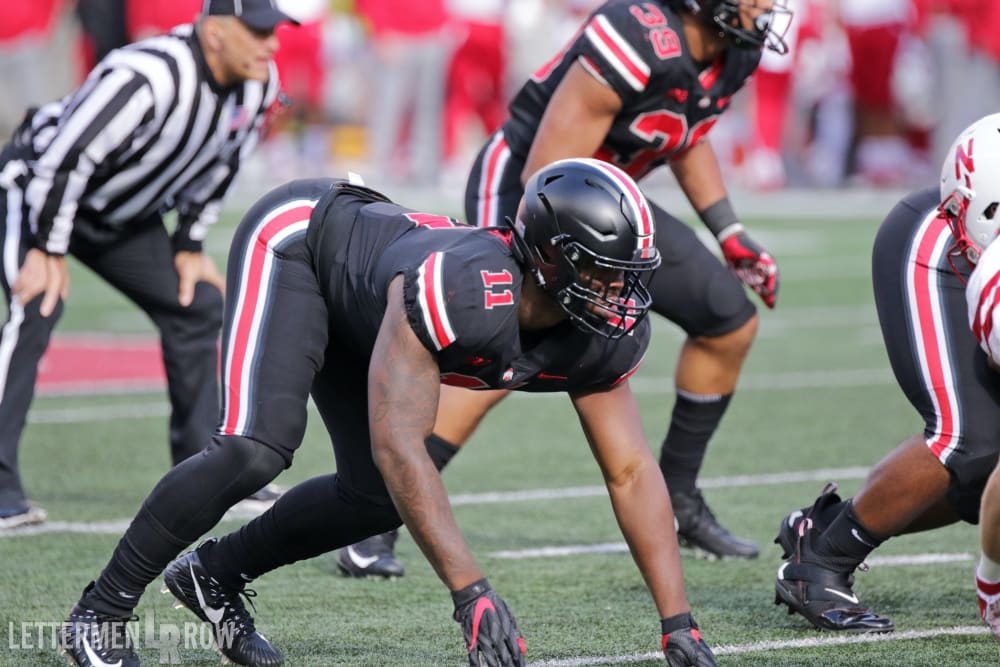 To make an impact for the Buckeyes, Smith still needs to go deeper into the film room. He’s still developing, still looking for more reps and still trying to get more comfortable at defensive end.

But he’s got Johnson around to help with that, and that usually produces results.

“I just need to lock in more,” he said. “Iâ€™ve got to study the film â€” sometimes itâ€™s not so much the physical part, itâ€™s the mental part for young players â€” to have coach trust us on the field. With this year under our belt, I think all the young freshman are going to step up and become competent players.

“I think [Johnson] is the best defensive line coach in the country. Just to get another year under my belt with, to learn [is huge]. And itâ€™s not just during the season. A year during the summer too, Iâ€™ve got all these workouts I can do with him, the film I can watch with him and stuff like that.

“I can only get better from here.”

That is, after all, what Larry Johnson does for Ohio State. He makes dudes like Tyreke Smith better.