The speculation, debate and conversations about Ohio State never end, and Lettermen Row is always ready to dive into the discussions. All week long, senior writer Austin Ward will field topics about the Buckeyes submitted by readers and break down anything that’s on the minds of the Best Damn Fans in the Land. Have a question that needs to be tackled, like the one today about the Ohio State andÂ the freshmen who are heading for a redshirt? Send it in right here — and check back daily for the answers.

5 games in, are any players not eligible for Freshman redshirt? Who do you think Day might protect for the rest of the season?

Ohio State wants to leave its options open, so there have been no final, definitive decisions made for freshmen who haven’t yet played their fourth game when it comes to taking a redshirt.

Players can still develop into possible contributors down the stretch. Injuries might force the Buckeyes to turn to guys they might not have planned to use this season. And simply removing the possibility of playing might remove the sense of urgency for guys on the practice field if they know they aren’t going to see the field.

At this point, that’s the situation for the majority of the most recent Ohio State signing class according to the official participation reports heading into the off date and the second half of the regular season. But there are six first-year Buckeyes who have already passed the threshold, clearly carving out roles and could even be difference-makers for the program as it tries to defend the Big Ten championship again.

There are no decisions left to be made with defensive end Zach Harrison, wide receivers Garrett Wilson and Jameson Williams, running back Marcus Crowley, versatile defender Craig Young and offensive lineman Harry Miller. Those guys are all going to keep contributing for the Buckeyes — but the rest of their classmates will still be monitored moving forward. 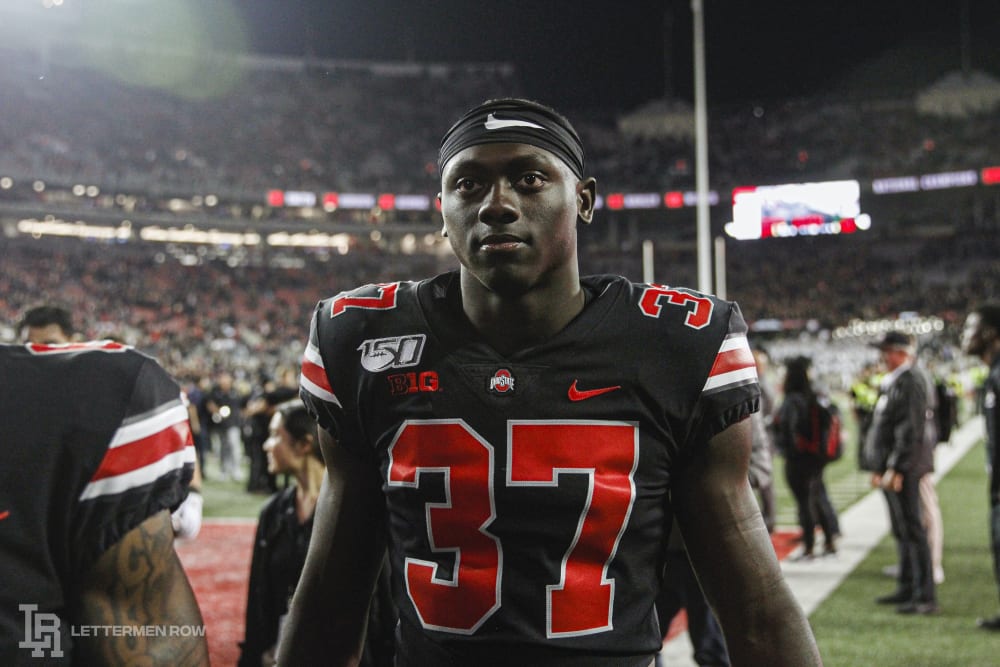 “I think when you say we’re going to redshirt this person, they almost start to lose hope a little bit,” Ohio State coach Ryan Day said. “It’s like: ‘OK, I guess I’m not playing this year.’ So, we don’t like to do that. However, with this new four-game rule, it allows the opportunity to get these guys on the field to figure out can they help us this year. And if they can, we want to play them. If they can’t, then usually typically we’ll kind of hold off and wait until it’s an emergency situation or until we need them at that point in the game.

“But we certainly would not tell somebody at this point of the year, ‘Hey, you’re redshirting for the year.’ We just don’t know. Here are the games you’ve played; if we put you back in a game, it’s because you can really help us win a game or two or three, and then we’ll kind of just make the decisions as they come up.”

The Buckeyes are so talented, deep and stocked with veterans, it’s hard to imagine there will be much incentive to get the rest of the freshman over the four-game mark to take a redshirt off the table. One of the perks of the new NCAA rule is that those guys can still get game experience without sacrificing an entire year of eligibility, and Ohio State will likely still have chances for them to see some action against Maryland or Rutgers depending on exactly how the math works out (which can sometimes be hard to gauge from the outside based solely on the public participation report, because inadvertent mistakes are known to happen).

Ohio State doesn’t want to shut any doors at this point. But at the midway mark of the season, it’s starting to become clear who is ready to help the Buckeyes and who is heading toward a development year.