The speculation, debate and conversations about Ohio State never end, and Lettermen Row is always ready to dive into the discussions. All week long, senior writer Austin Ward will field topics about the Buckeyes submitted by readers and break down anything that’s on the minds of the Best Damn Fans in the Land. Have a question that needs to be tackled, like the one today about Ohio State and theÂ timeline for the Buckeyes quarterback battle? Send it in right here — and check back daily for the answers.

How long do you envision the qb lasting until a starter is named? Is not having 1 guy getting the majority of reps with the 1s all of camp a major issue?

Spring practices are for rotating quarterbacks.

Ohio State did that for the most part, although the same guy was always leading the line for stretching and individual reps all the way through March and April.

Training camp is designed to prepare the starter to go win the opener and chase championships.

The Buckeyes are going to do precisely that in August, even if Ryan Day will continue to stress that the competition is ongoing while not locking himself into a deadline for publicly revealing a depth chart.

Day has been through this before, and this surely won’t be his last quarterback battle. His patient approach figures to remain consistent for as long as he’s running the show, because there’s really no benefit to declaring a starter when there are still four months to go before a game. The urgency does change when the timeframe drops to four weeks, though, and that’s when the focus narrows and the importance of first-team reps ratchets up dramatically. 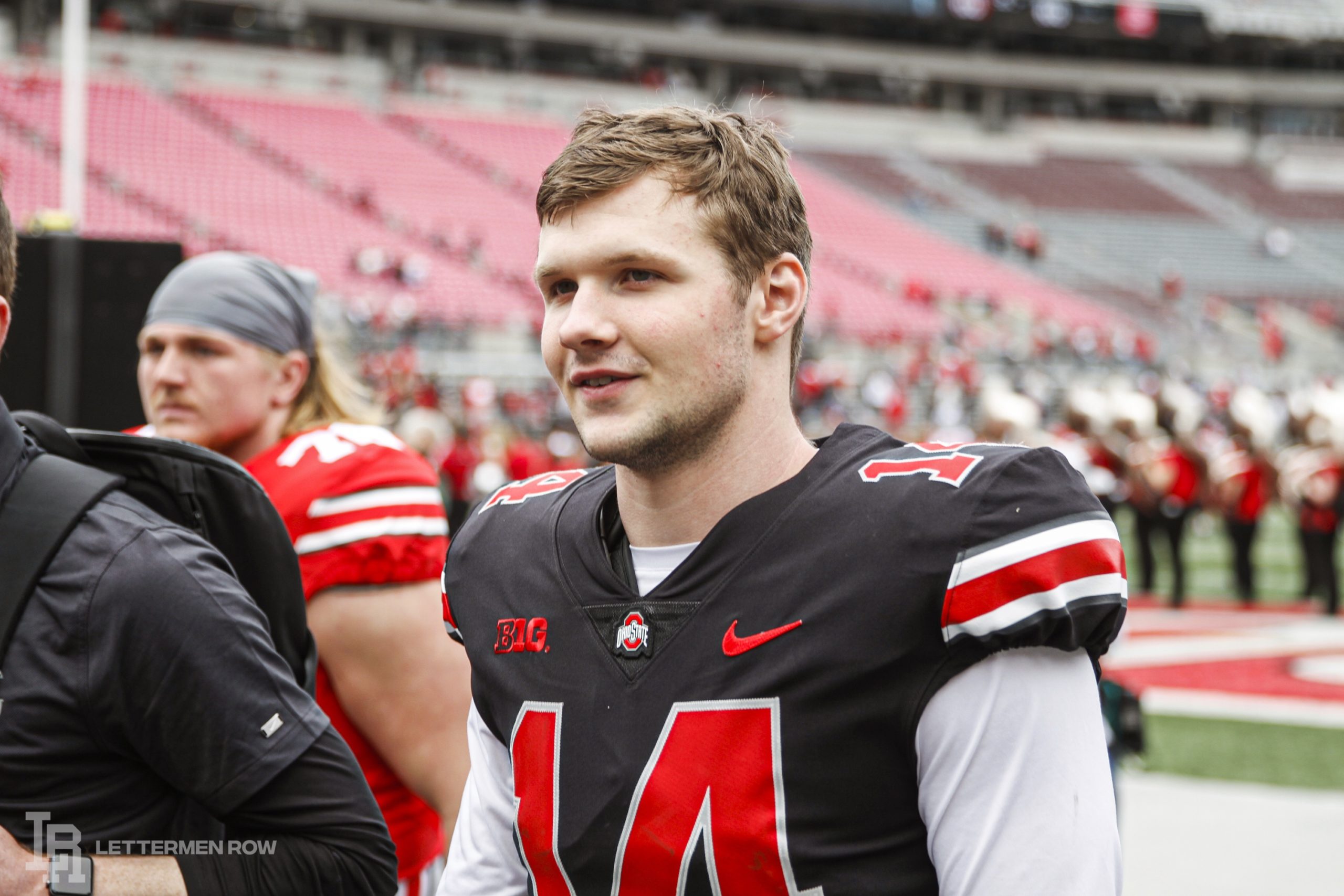 Given the lead C.J. Stroud took into the offseason after claiming the backup job last year, his productive work in the spring and the positive reviews for his growing leadership role over the summer, it would be a surprise if the Buckeyes were still balancing reps after a couple weeks of training camp. Considering all those factors working in favor of Stroud, it would honestly be surprising if Ohio State even went that long without it becoming clear who will take the first snap at Minnesota.

Certainly the situation can change, which is exactly why Day doesn’t rush to make decisions. But Day also emphasizes open, honest communication above all else with his roster — which means he’s not likely to go through the motions or pretend he hasn’t made up his mind just for the sake of gamesmanship or to soothe egos.

“As long as they continue to get better and keep growing, then we’re going to keep working with them and try to figure it out,” Day said during spring camp. “I’d love to sit here and tell you that I think we’ll have a great feel for it in two weeks or three weeks or in the fifth practice of preseason. But I don’t think so. I do think the more we’re around them, the more we get a feel for it and the more it shakes out.

“Even going into that first game, you’ll still be learning and trying to evaluate it all.”

That probably shouldn’t be interpreted as Day expecting to carry the three-man race all the way up to kickoff against the Gophers, because that’s highly unlikely considering the stakes. With a Big Ten road game to open the season and a top-10 showdown with Oregon on deck, Ohio State really doesn’t need to add a quarterback controversy or rotation to its plate — particularly when the rest of the roster is overflowing with talent that could win with any of the three signal-callers.

Day’s message was seemingly just another reminder for the entire quarterback room that the work won’t stop even if one guy starts dominating the first-team snaps on the practice field. Ohio State knows better than any program how meaningful depth at quarterback can be, and the situation is always subject to change if the need arises.

The Buckeyes can always alter the plan as more information comes in at quarterback. But Day still needs to prepare one guy to be the starter, and that process figures to be underway by the middle of August — at the latest.