The speculation, debate and conversations about Ohio State never end, and Lettermen Row is always ready to dive into the discussions. All week long, senior writer Austin Ward will field topics about the Buckeyes submitted by readers and break down anything that’s on the minds of the Best Damn Fans in the Land. Have a question that needs to be tackled, like the one today about how Ohio State will fill out the coaching staff andÂ address the pass defense? Send it in right here — and check back daily for the answers.

The first year for Kerry Coombs obviously didn’t go the way anybody envisioned, and the Ohio State defensive coordinator would be the first to admit that.

Finishing No. 122 in the nation in pass defense is never going to be acceptable for the Buckeyes. That’s a simple fact, and nobody is going to argue with it.

But the factors that caused it were historically unique, ridiculously challenging even on a weekly basis and also all incredibly unlikely to all come together at the same time again. The bet that Ryan Day is almost certainly going to make heading into next season is that there wasn’t a whole lot more Coombs could have done to salvage it — so there’s no reason to panic or make sweeping changes.

Ohio State still believes whole-heartedly in Coombs. And when Day weighed all the factors that sunk the secondary a year ago and started making plans to replace retiring co-defensive coordinator Greg Mattison, it’s understandable why he wouldn’t jump to a panicky overreaction or potentially feel the need for a splashy hire. The Buckeyes haven’t made anything official at this point, but multiple sources have indicated to Lettermen Row that the emerging favorite is to promote from within and add quality control coach Parker Fleming to the full-time staff while also giving Matt Barnes a larger role with the secondary. If that move does get confirmed, it’s another sign that the Buckeyes are chalking last season up as an anomaly. 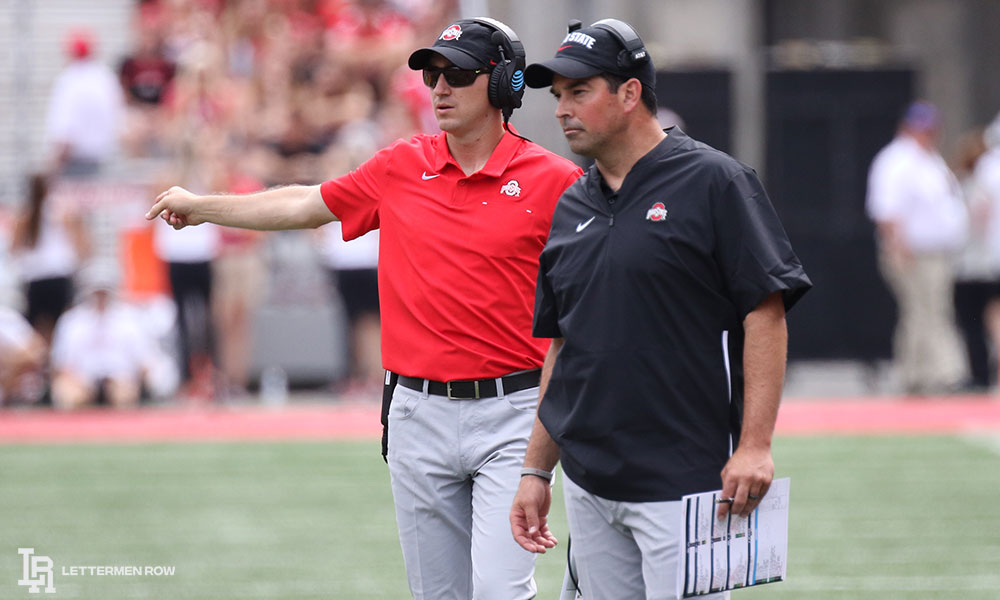 Again, the fact that Ohio State has room to improve in the secondary is undeniable. But it’s also important to put those struggles defending the pass in context, which starts with the limitations in personnel, practice time and experience.

No matter how well the Buckeyes have recruited in the secondary, losing two first-round draft picks at cornerback and the captain of the defense at safety left big holes to fill. Throw in the offseason dismissals of two veterans and then injuries to key cogs like Cameron Brown and Kourt Williams andÂ weekly issues late in the season thanks to positive COVID tests and that hurdle gets even taller.

Now consider that Ohio State only got in one week of spring camp to develop the next wave of defensive backs, which was also going to be a key time for Coombs to start installing his scheme and adding in the different looks he was bringing with him from the NFL. The Buckeyes didn’t wind up getting a normal training camp or non-conference games to add to the playbook with live reps, and there’s no coaching staff anywhere that is going to ask players to execute something they’ve never done before at least on the practice field. That issue was further exacerbated before the title game when Day revealed that Ohio State was only able to have one full-contact workout before playing in South Florida.

That might sound like excuse-making for the Buckeyes, but it’s the reality of the situation. And if that explains last season, the forward-looking projection Day would be considering is what that unit will look like next year.

Having Sevyn Banks, Josh Proctor and Marcus Williamson all returning with roughly half of a season of starting experience is a big deal, and healthy versions of Cameron Brown and Kourt Williams would be an obvious bonus. The Buckeyes have also seen Lathan Ransom start to flash already at safety, while cornerbacks Ryan Watts and Lejond Cavazos have a year under their belts in the program. Even coming off that down year for the BIA unit, Shaun Wade still earned All-America honors and will be an early-round draft pick in a couple months — soÂ the recruiting has not slowed down at all with the program’s reputation for producing NFL talent still secure.

None of that means Ohio State is satisfied with what happened to the pass defense last year. And if somehow that happens again, the conversation next January will quite certainly be very different.

But the Buckeyes have plenty of reasons to be confident that it won’t be an issue then, which is why there’s no panic now.