COLUMBUS — Ohio State is putting the full-court press on Name, Image and Likeness legislation in Ohio.

Day’s appearance Tuesday comes after he testified in front of the Ohio state senate panel for workforce and higher education last week. The state of Ohio is trying to play catch-up with the rest of the country. Numerous states are set for legislation on NIL to start on July 1, while Ohio is rushing to enact the bill so it doesnâ€™t fall behind. Meanwhile, the federal government and NCAA have also been playing from behind, scrambling to set standards before July 1.

â€œMy biggest concern is that if we don’t do it now and we don’t enact the emergency clause, it’s going to put our student-athletes, our teams at a competitive disadvantage, for sure, and create an un-level playing field,â€ Day said. â€œI think it would be something that would leave a mark for a long time and (be) hard to come back from when you think about some of the other programs across the country. And it isn’t just Division I or the football level, it’s across the board in Ohio.

â€œIf you think about someone being recruited right now, we have about 100 people in our building right now being recruited to come to Ohio State, and we have 120 football players on our team right now. In both cases, the people who are being recruited and then for our student-athletes right now, if they were to go to another state and have these opportunities to make money off their name, image and likeness but not here in the state of Ohio, it would quickly â€“ and I only think it would take weeks â€“ create a major problem and could possibly be a disaster.â€ 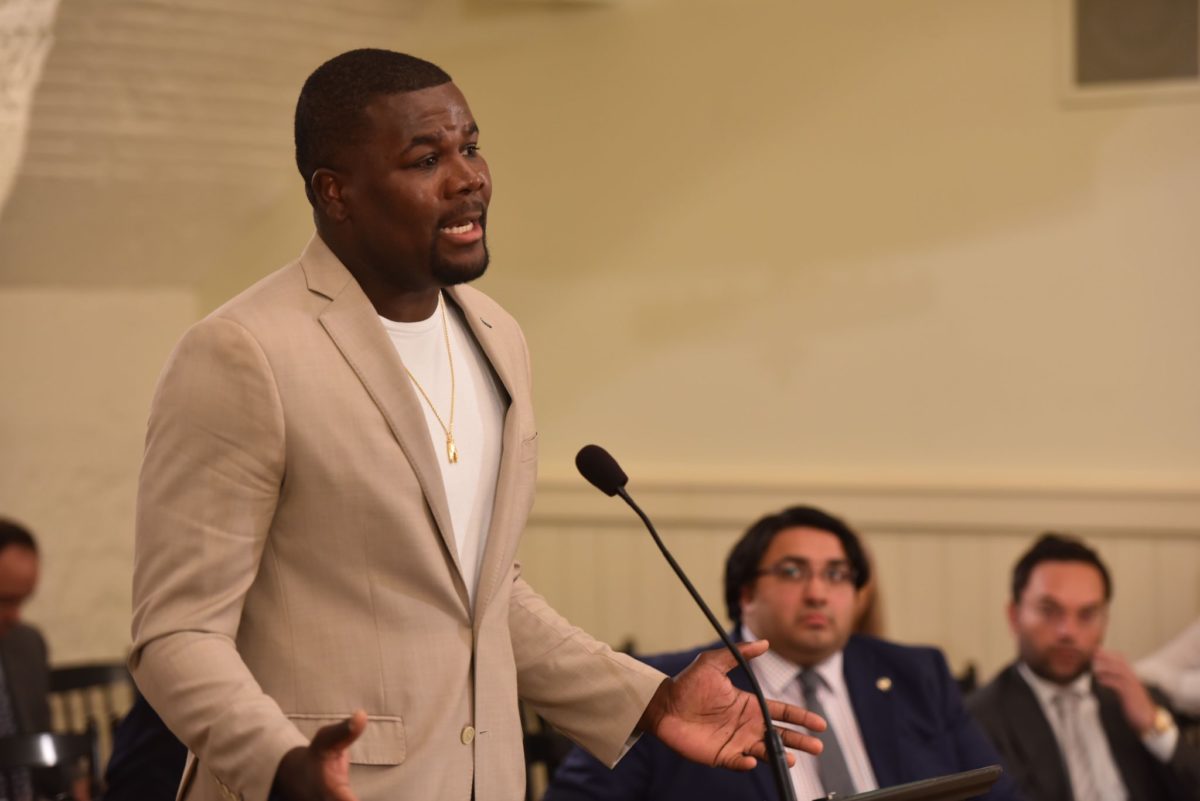 The NIL legislation in the state of Ohio was introduced last month at the Covelli Center by Smith and Antani, and passed through the senate last week. The bill must now go through the state house and be signed by Ohio Gov. Mike DeWine all by July 1. Antani has put an emergency clause on the legislation, waiving the 90-day period between DeWine’s signing and when the law can go into effect.

The largest concern for the Buckeyes at the moment surrounded recruiting.Â Day appeared in front of the committee on the same day hundreds of recruits attended a one-day prospect camp at Ohio State.

â€œBecause so many other states have or will enact legislation similar to Senate Bill 187, this has quickly become an issue for recruiting,â€ he said. â€œIf state legislation is not enacted, higher education institutions in Ohio will struggle to attract student-athletes who now can capitalize on their name, image and likeness elsewhere, including the state up north.â€

Ohio State has done its part in staying active and ahead in the NIL game. The Buckeyes recently introduced a program dubbed The Platform, where Ohio State student-athletes can take advantage of NIL educational programming via Opendorse Ready +Darlow Rules.

Now Ohio State just needs the NIL legislation in Ohio passed. The Buckeyes don’t want student-athletes coming to Columbus strictly to make money. They want to win championships and stay on an even playing field in recruiting.

“I think it’s something we have to talk about on the front end while we’re recruiting people into our school and make sure that they understand that they’re not coming here to make money,” Day said. “They’re coming here to get a great education, be part of a program with an opportunity to win championships and better themselves, and this is something that’s very separate to that. We will not be recruiting people into our program to make money. I think if the focus is on our culture and is on getting a great education at Ohio State, then I think we’ll be better moving forward.â€