The speculation, debate and conversations about Ohio State never end, and Lettermen Row is always ready to dive into the discussions. All week long, senior writer Austin Ward will field topics about the Buckeyes submitted by readers and break down anything that’s on the minds of the Best Damn Fans in the Land. Have a question that needs to be tackled, like the one today about Ohio State and theÂ potential bounce-back effort as part of Defensive Backs Week? Send it in right here — and check back daily for the answers.

How well do you think our secondary will fare this season? Do you think it will be a huge leap from 122nd?

The numbers aren’t up for debate.

So, from that perspective, it’s inarguable that the worst pass defense in Ohio State history clearly didn’t live up to the program’s Best in America standard.

Whether the context around that is viewed as explanatory or excuse-making is perhaps more subjective — though given all the challenges, complications and COVID that the Buckeyes faced, it would seem from here to be quite understandable why there were struggles in the secondary last year.Â But the time for arguing about that should be firmly in the past now, and all that matters to Ohio State is producing a return to form that can erase that stain on the record books by proving it an outlier.

“More than anything having a practice with the whole team there is the biggest things,â€ defensive coordinator Kerry Coombs said in the spring. â€œItâ€™s really all of the above. But I also think itâ€™s important to recognize we won all the games but one and got further than we had the year before, got to the championship game. Now, Iâ€™m not saying that we would be [satisfied]. I can tell you this: If we get to the championship game again, weâ€™d be really happy. 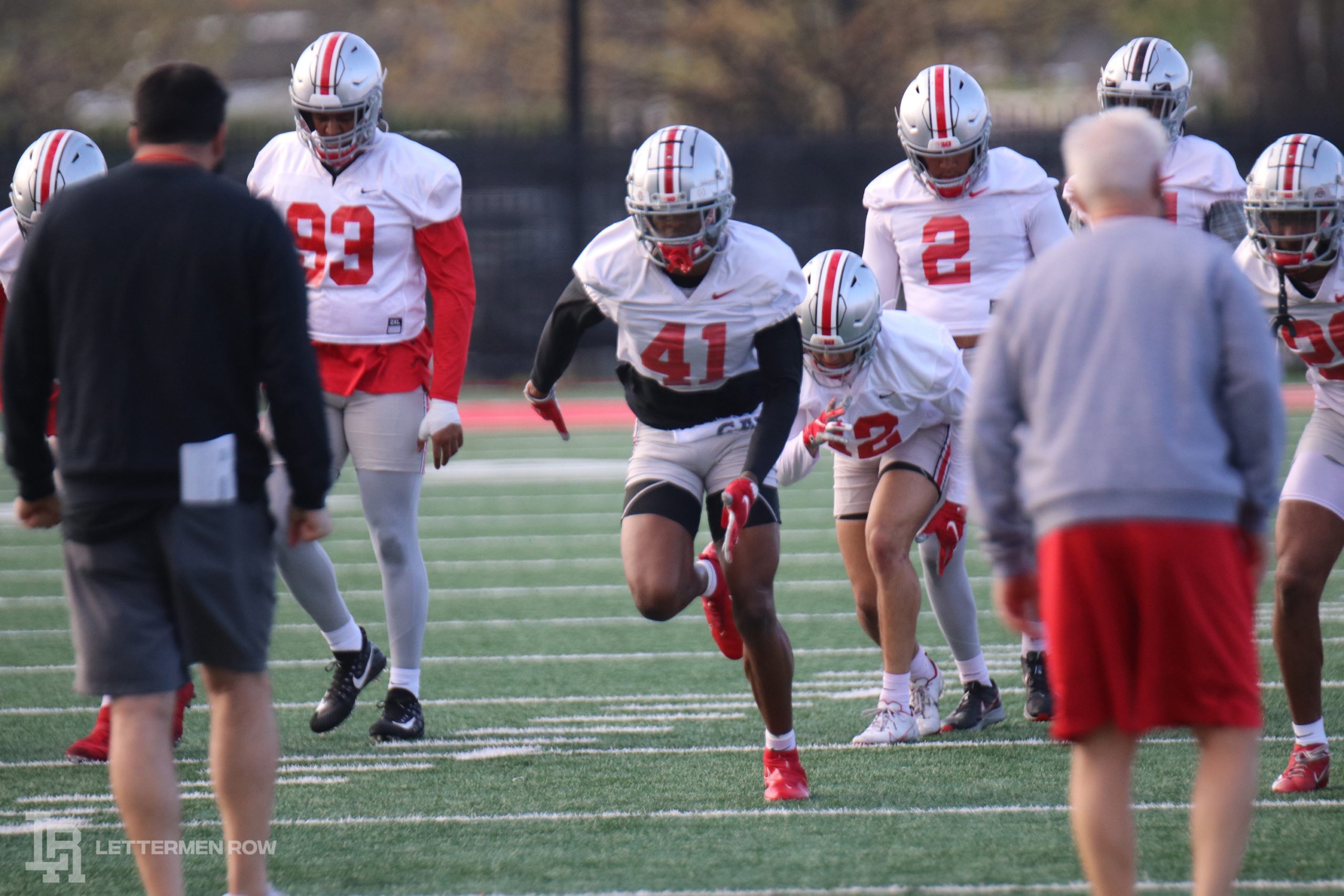 So, why should there be confidence in the Buckeyes turning it around? Start with these three factors to bet big on a BIA resurgence.

Kerry Coombs obviously knows how to coach defensive backs. He’s unquestionably a great motivator for the Buckeyes. And he also returned to Ohio State last year armed with more schematic knowledge from his successful stint at the NFL level with the Tennessee Titans.

But Coombs barely had any chance to install his defense, getting only one week of spring practices, no normal training camp and hardly any practice time during the season once COVID issues limited what the program could do on the field. Quite simply, that handcuffed what Coombs was able to dial up as a play-caller and made it difficult for the Buckeyes to execute without having actually repped many looks. Giving Coombs and secondary coach Matt Barnes a full, normal year to work with the defensive backs is critically important to the reload.

Buckeyes will be more experienced

Ohio State has made it look routine over the years to replace NFL Draft picks, but that’s a daunting task even in the best of circumstances when two first-round cornerbacks and three-year starter at safety both must be replaced. But then take out another starter with a season-ending injury, two offseason dismissals of veteran reserves and eliminate the offseason program and it becomes virtually impossible.

The silver lining for the Buckeyes: Inexperience isn’t a problem now. Sevyn Banks has a season under his belt proving he can play at the highest level. Josh Proctor has gone through another year getting comfortable in the crucial single-high safety spot. Cameron Brown is healthy and still has performed in significant situations for the Buckeyes. Marcus Williamson is back for a bonus season as a do-it-all defensive back. And Lathan Ransom was thrown into the fire and proved the heat was no problem for a defensive back with his natural skills. Across the board, Ohio State has guys who know what will be expected of them — and all have the ability to deliver.

Ohio State is loaded with talent

The list could be longer than three, but this is what truly matters for the Buckeyes: They recruit defensive backs at the highest level in the country.

Ryan Watts is waiting in the wings as the third man in the rotation at cornerback. Kourt Williams has recovered from his ACL injury and is poised to jump into the mix at safety — or Bullet. Cameron Martinez has thrown himself into the defensive transition and will add to the depth in the slot. Lejond Cavazos is getting healthy and offers another four-star option at cornerback, and the Buckeyes supplemented all that in the most recent recruiting class with an absurd haul that included five different four-star signees.

Ohio State has more to work with in the secondary than any program in the nation — and now Kerry Coombs gets a normal year to develop that unit back into BIA status.