COLUMBUS — When the Ohio State talent is spilling over on both offense and defense, obviously the special-teams unit should benefit.

If the Buckeyes are the deepest team in America, then that should certainly show up in the kicking game as well.

There were more blocked kicks last season. The field-goal conversions were positive. The coverage units are perhaps the most aggressive in the country. Really, there wasn’t a whole lot for the Buckeyes to complain about while steamrolling their way to another Big Ten title.

But Ohio State wasn’t flawless in the third phase, most notably as it strangely keeps searching for a consistent spark in the return game. And that means there is still room to grow for the three-time defending conference champions.

“The players, they’re embracing special teams,” Ohio State coach Ryan Day said last season. “I think that goes to show you the culture of Ohio State is that our best players are on the field and they’re making blocks and getting some returns going that way.

“Special teams has been a positive for us so far, but we’ve got to keep that building as we go. Again, it’s a whole team effort.”

That roster is absolutely loaded, of course. So, the Buckeyes certainly have plenty of options at their disposal to try to build the most dominant special teams units in the country. What questions loom for Ohio State in that department? Let’s kick off Special Teams Week with five of them. 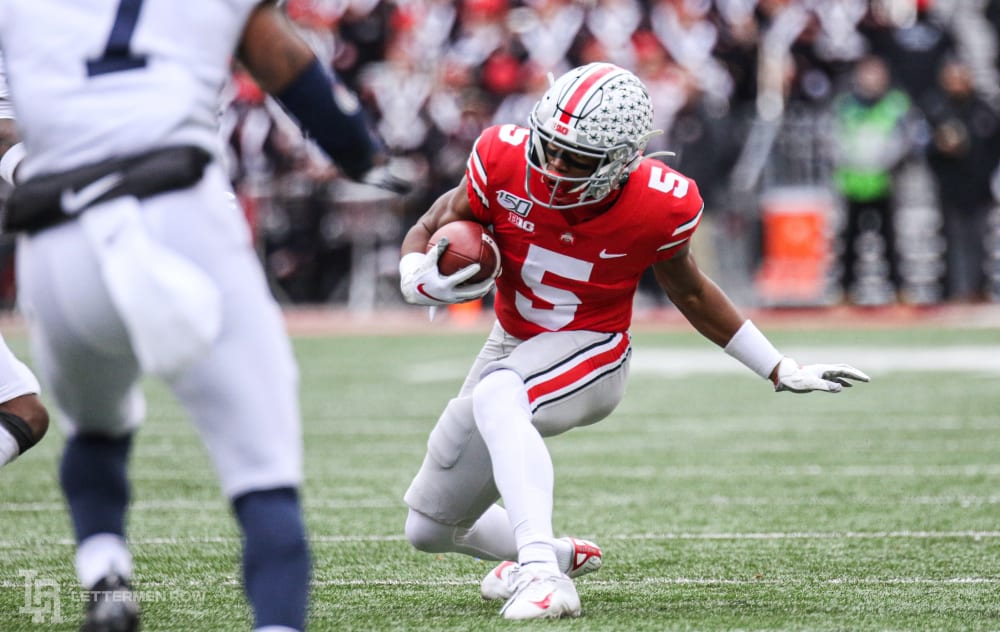 Garrett Wilson should be the answer for Ohio State at punt returner. (Birm/Lettermen Row)

Matt Barnes was only a couple games into his Ohio State career when he was asked about the infamous streaks without a punt or kickoff return for touchdown. The special teams coordinator was already well aware of how long it had been and rattled off the years with ease, pointing back to 2010 for the last kickoff and 2014 for the last time a punt was taken back for a score.

Is this finally the year that Ohio State’s dynamic collection of playmakers ends the drought? Thanks to all the changes in rules for kickoffs, it’s getting more challenging just to even have a shot at a return. But when it comes to punts, there’s no reason the Buckeyes can’t bust loose for more big plays there — and that process starts with more reliable work simply fielding the football. It’s crazy that this is still a topic of conversation for the Buckeyes, but that skid is still hanging over their heads.

The smart money on snapping the punt-return drought is on Garrett Wilson, and he nearly snapped the streak on a couple occasions last season. The dynamic sophomore went through some growing pains on special teams during his first year in the role, but few players anywhere can match his elite ball skills, elusiveness and speed. He’s almost certainly going to be etched on top of the depth chart.

Who might push Wilson for reps? Demario McCall is always in the conversation when it comes to the return game, though he’s probably missed his best shots at claiming the role for himself. A talented newcomer like Mookie Cooper or Cameron Martinez might be able to jump up into the mix right away, and both bring tantalizing athleticism to the Buckeyes. There’s also a chance that C.J. Saunders could be back in that spot if the NCAA ever gets around to making a decision about his appeal for a sixth season of eligibility. There could probably be cases made for half a dozen other receivers or defensive backs, but Wilson is surely going to lead the way.

There was a weird sense at times last year that Drue Chrisman wasn’t delivering at the same booming clip that he had established previously in his career. But the numbers don’t really bear out much of a slump for the senior punter, who actually helped Ohio State boost its net average by nearly three full yards — while continuing to show off a remarkable ability for pinning opponents deep with 18 more attempts downed inside the 20-yard line.

Maybe it’s just that the standards are so incredibly high for Chrisman that it seemed like there were a couple more yards he could squeeze out for the Buckeyes, or perhaps it’s just the outsized expectations that come with being a social-media, trickshot sensation. Either way, Chrisman had earned the right to flirt with leaving early for the NFL. And if he takes another step forward this season, he might just solidify himself as a worthy of a draft pick. 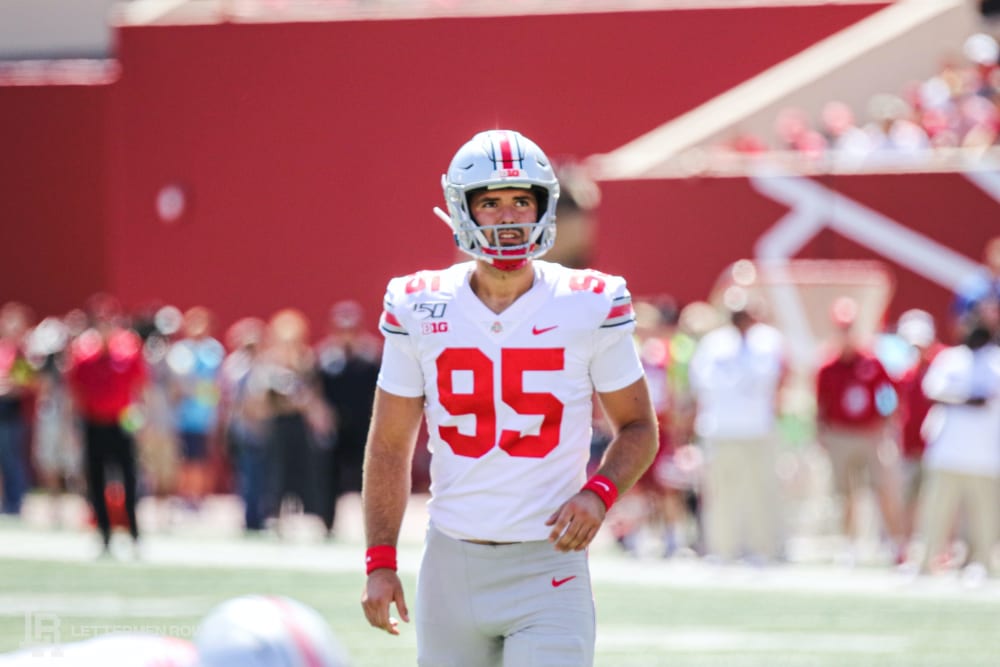 The Buckeyes don’t have many opportunities to test for the clutch gene in their kickers, and really they prefer not to use guys like Blake Haubeil at all. But Ryan Day made a point last season to see what kind of leg and composure he was working with in Haubeil, and Ohio State was clearly thrilled with the results.

Haubeil did miss two field goals last season, both of them coming from inside 40 yards. But Haubeil also drilled one of the longest kicks in school history with a 55-yard bomb at Northwestern and made all four of his attempts of 40 yards or longer, which should give the Buckeyes confidence if he’s needed to make a difference in a tight game. It can be easy to overlook the importance of kickers on a roster as talented as the one at Ohio State — but it’s worth remembering that Haubeil was also one of the top recruits in the country at his position when he arrived, and he’s playing like it now.

There have been numerous opportunities for Demario McCall to show what he can do with his top-end speed and agility, but he’s just not been able to get over the hump for Ohio State to become a regular part of the rotation — even on special teams.

Injuries have certainly held him back, and the remarkable depth has made winning any competition for playing time a challenge even when he’s healthy. It hasn’t helped that he’s had ball-security issues and put a couple key kicks on the ground, which has made it hard for him to earn the trust of the coaching staff. His career has been filled with what-if conversations about the impact he could have, but the clock has almost completely run out on him. This is the last chance, and McCall will have to leave no doubt whatsoever on the practice field that he deserves another shot if he’s going to become the kind of factor that was expected when he arrived.