COLUMBUS — Ohio State coach Ryan Day wanted to make a couple things quite clear to his team heading into the summer.

First, spring camp had been productive for the Buckeyes, and they deserved credit for the progress made during March and April.

Then there was a reminder: There’s a lot more work still to do, and the two-time defending Big Ten champs can’t slow down if they’re going to add a third straight title to the trophy case.

â€œThis is just the first step for the season,â€ Day said. â€œWeâ€™ve got a lot of work to do. Weâ€™ve got a good team, though, I think. This is a part of the season, we then have this offseason, the summer, preseason and so weâ€™ll just keep building from here.

â€œBut there are a lot of good pieces, weâ€™ve got some leadership forming out there. â€¦ The overall spring was excellent. The energy was really good. I thought guys got tougher, and it was a physical spring.â€

That strong-minded approach will be critical in the workouts ahead this summer and carrying over into the competitiveness of training camp in August. But before moving on, there’s still time for Lettermen Row to look back at those 15 workouts that wrapped up last week with an exhibition in the Horseshoe and identify five Buckeyes who will head into the offseason with some momentum. 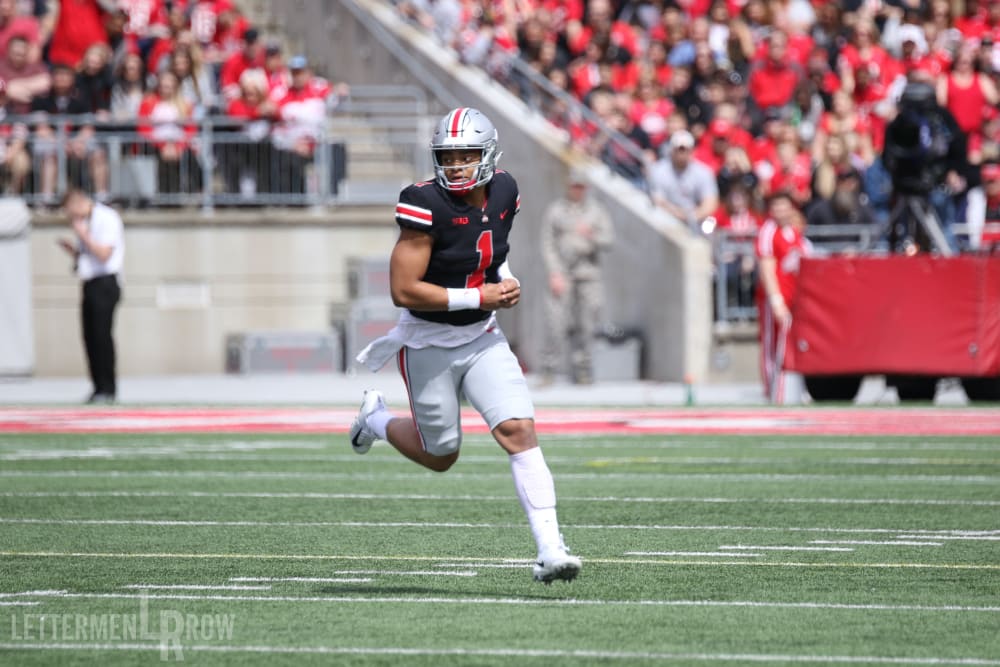 Ohio State quarterback Justin Fields is going to be the starter for the Buckeyes. (Birm/Lettermen Row)

The passing performance in the spring game was forgettable, but it ultimately doesn’t matter much for Justin Fields. The five-star transfer for Georgia had already been trending toward winning the starting quarterback job thanks to his work in practices and scrimmages, and that body of work is much more significant for Fields. Of course, Matthew Baldwin entering the transfer portal officially puts Fields on top of the depth chart and ends the battle to replace Dwayne Haskins. But as Fields continues to get more comfortable with the offense and keeps building chemistry with the Buckeyes, his impressive physical tools will increasingly shine through for the program. The spring was a solid foundation for Fields with Ohio State.

The way Chase Young is generating hype for next year’s NFL Draft right now is identical to what Nick Bosa was doing a year ago at this time. And next spring, it will be Tyreke Smith’s turn heading into his junior season. From the start of camp all the way to the finish, Smith was catching the eye with his incredible combination of strength, size and athleticism. And now that Larry Johnson is able to start fine-tuning Smith’s skills, the expectations for what he can provide the Rushmen are soaring. With Young still around with Jonathon Cooper, Smith will likely be the third guy into the rotation for the Buckeyes — but it’s going to be tough to keep him on the sideline very long.

The Buckeyes weren’t really in a position to be handing out starting jobs on the offensive line this spring with that unit so short handed. But when the competition resumes in training camp, look for Nicholas Petit-Frere to have the inside track in the race to take over at right tackle. The Buckeyes have seen plenty of positives from Joshua Alabi and Branden Bowen as well, but Petit-Frere appears to be coming into his own both physically and mentally — and he’s another five-star talent on the brink of tapping into all that potential. The chance to get so many first-team reps in the spring and the fact that Ohio State largely just left him at right tackle while shuffling around other blockers suggests Petit-Frere is ready to take the next step. 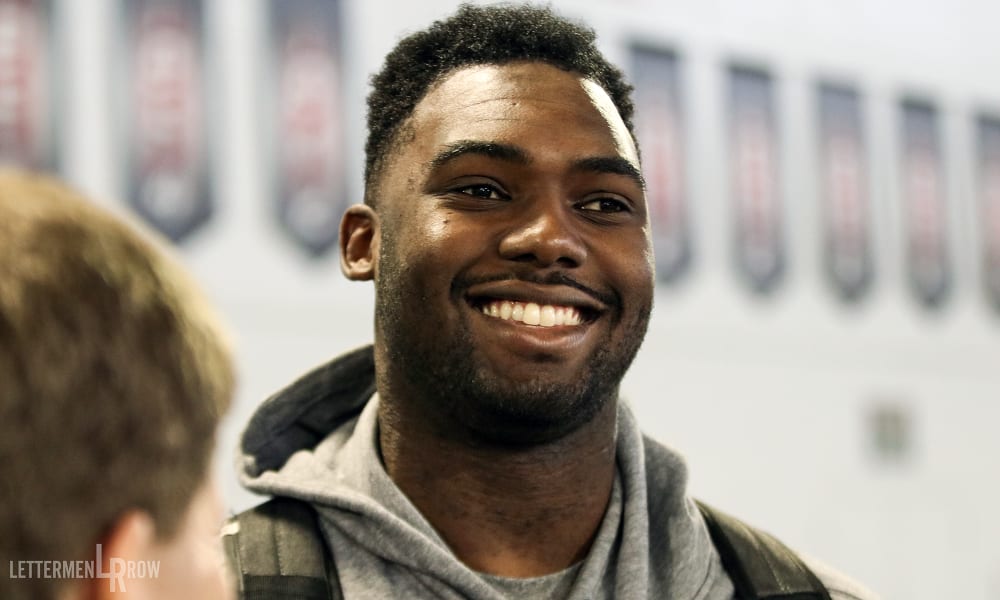 The football routinely finding its way into Jaelen Gill’s hands in the spring game wasn’t a fluke. From the first day of camp all the way through his seven-catch outing in the closing exhibition, Gill’s second year with the program is off to a flying start and giving him a chance to have a real impact for the Buckeyes this fall. With the kind of speed and versatility that Parris Campbell brought to the offense at H-back before him, Gill has the skill set to be a factor both as a target in the passing game and potentially take advantage of the new under-center, jet-sweep packages as a rusher. Few offensive players flashed quite as often as Gill over the last few weeks of camp.

The coaching changes in the secondary appear to have already yielded results for all of the Buckeyes at defensive back, and that unit should be in line for a major bounce-back season. Individually, though, Damon Arnette might have the most to gain after struggling through some inconsistency a year ago. The veteran elected to put off the NFL Draft and return for another season with the Buckeyes, and that decision looks like it will pay off for both parties in a big way. Arnette has always had the physical tools to be a standout cornerback, and new techniques and different schemes appear like they are going to help him find a higher gear for the Buckeyes.