COLUMBUS — For the first time in over a year, fans will be welcomed into Ohio Stadium.

The Buckeyes plan to allow 19,180 fans into their annual spring game on April 17, the Ohio State athletic department announced on Thursday. Kickoff is scheduled for noon.

Tickets go on sale on Monday at 11 a.m. for select groups — including students and the general public. All ticketing will be done digitally. Approximately 4,500 will be available on sale for the public for $5. Ohio State is also reserving approximately 10,000 seats in appreciation for front-line health-care workers.

“Having fans back in the stands for our players to get that response and feedback after a great play and that support when you walk in the stadium, because … call it for what it is: That’s part of the reason why these guys play,” Ohio State coach Ryan Day said. “They love it. They love playing in front of fans and they didn’t have that this past year.” 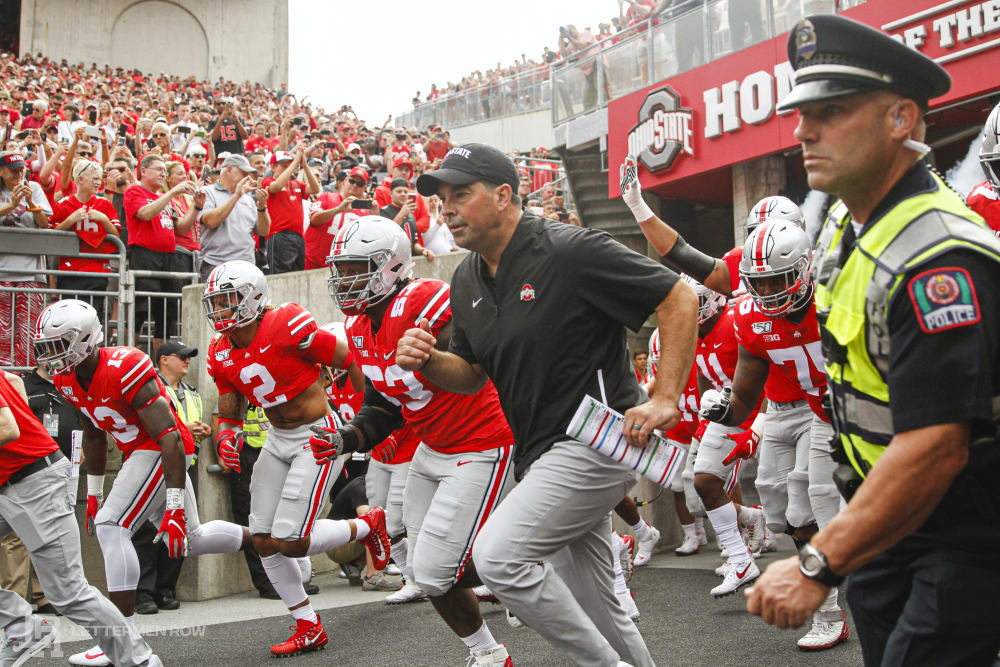 The path back to allowing fans inside the Horseshoe has been a long process. Ohio Stateâ€™s spring game last year was wiped out due to COVID-19. And when the Buckeyes returned to play after the delayed start last season, only families of players and staff were allowed admission. No tickets were made available to the general public due to concerns over the potential for transmission of COVID-19.

The Buckeyes are now treating the spring game as a dry run for having fans back in Ohio Stadium this fall — and it will also have Brutus, the band and the spirit squads returning to the Horseshoe for the exhibition.

The Big Ten announced in late March all remaining competition in the 2020-21 academic year will follow local health guidelines and restrictions. The decision was made by the Big Tenâ€™s director of athletics and the Council of Presidents and Chancellors, along with medical experts.

Ohio guidelines allow the maximum number of individuals gathered in any outdoor sports venue to be 30% of the fixed, seated capacity, which allows for Ohio State to have fans in the Horseshoe later this month.

The Buckeyes recently made the decision to not increase attendance policies currently put in place for most of their spring sports.