COLUMBUS — Ohio State doesn’t exactly ease into anything, and that description certainly wouldn’t fit any of the limited number of practices allotted to it this spring.

But the first two are viewed as an acclimation period and don’t include full pads, which is as close as the Buckeyes get to pulling back on the throttle.

That’s over now, though, as Ryan Day’s program returns from spring break after those opening practices ready to get down to business. There are a couple open viewing periods this week as the Buckeyes get rolling again, and Lettermen Row will always have complete coverage throughout camp.

These five Buckeyes have already caught the eye so far, and they’re going to be worth monitoring moving forward in a push for more significant playing time. Let’s break them down and get set for another week of spring football. 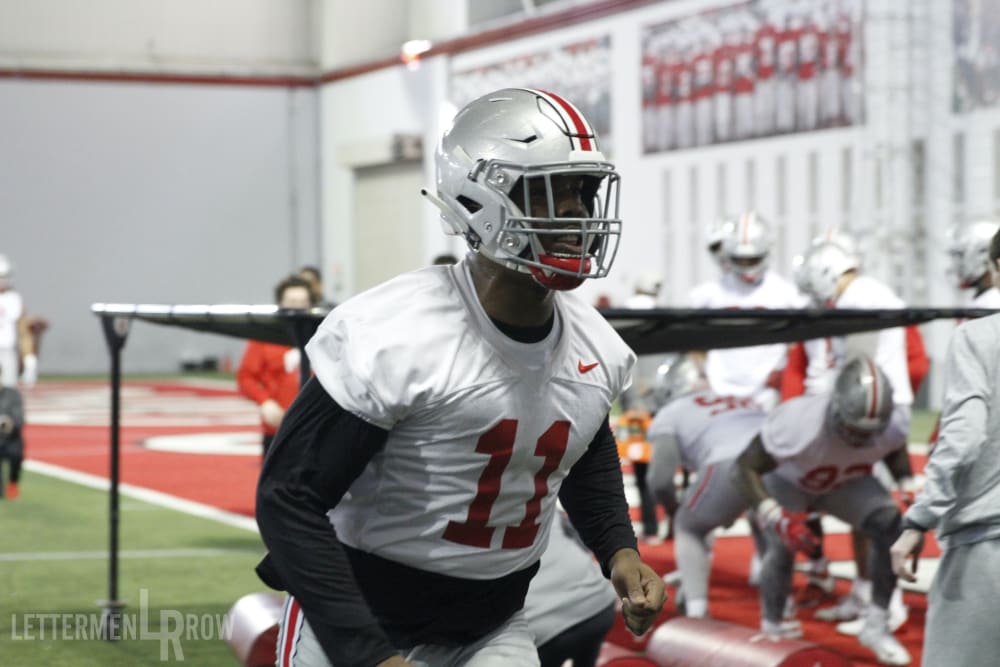 Almost all of the hype this offseason will swirl around Chase Young as he develops into the next first-round pass rusher for the Buckeyes. Any that spills over should go to Jonathon Cooper, who rarely seems to get the credit he deserves heading into his senior year. But both of those guys are known quantities for the Rushmen, and the breakout candidate to join them prominently in the rotation is Tyreke Smith. The sophomore had a couple opportunities to show what he could do a year ago, but he appears to have taken his body to another level during offseason conditioning and is on the brink for the kind of leap forward that has become common under Larry Johnson’s leadership. Look out for the next wave of defensive linemen for Ohio State.

The odds of keeping that starting spot he’s been holding down early in camp aren’t great for Gavin Cupp. But the junior is getting a prime audition for it now, and making the most of it could give Ohio State something else to think about in August when Jonah Jackson arrives on campus looking to slide into the role at left guard. Cupp has clearly been doing solid work in the background, and the Buckeyes see potential in him or it would likely be looking at younger options to bolster the depth and build for the future. A veteran of the program now, Cupp is an intriguing option for the Buckeyes at the moment.

Just about everybody at Ohio State would love to see C.J. Saunders more involved at wide receiver thanks to his work ethic, elusiveness with the football and sharp route-running. Finding expanded playing time is easier said than done, though, at a position that is loaded with experienced playmakers — even if Saunders has shown the potential to be a threat. The most steady work for him could come as a punt returner, and that’s impressive on its own for a former walk-on. But there is a possibility for more than that on offense, and Saunders has a chance to make another good impression over the next 13 workouts. 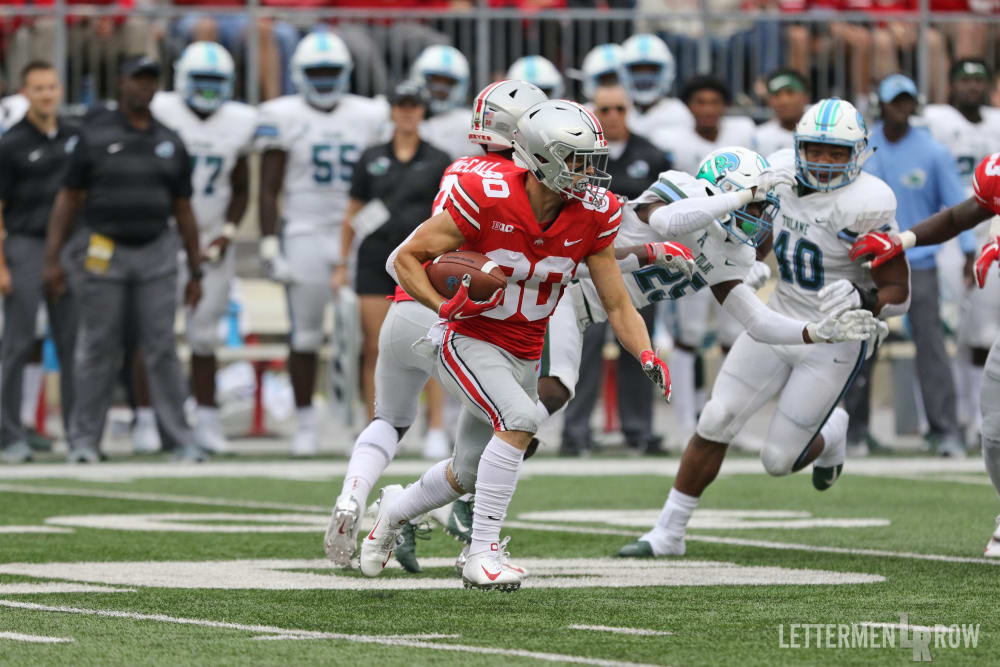 If the Bullet position becomes a key piece of the new Ohio State defensive scheme, Brendon White will almost certainly be spending a large chunk of time there. And that will again open up a spot at safety alongside Jordan Fuller that needs to be filled, a task that the previous coaching staff struggled with mightily before White emerged late in the season. That shouldn’t be much of an issue for the Buckeyes this time around, because Josh Proctor has all the makings of a future star and is getting a heavy dose of first-team reps already this spring with Fuller out with an injury. Since Fuller doesn’t need the work, the chance to get Proctor up to speed to tap into his incredible upside is likely to pay off in the fall.

Somebody is going to have to step up to support J.K. Dobbins in the backfield, and thanks to some nagging injuries for a couple other options at tailback, Marcus Crowley is getting some valuable snaps as an early enrollee that could have him in line to make an instant impact. There’s a sense around the Buckeyes that Crowley was undervalued by many programs elsewhere during the recruiting process and that they really got a steal by plucking him out of Florida. The sample size is obviously small at the moment, but Crowley bears watching as that continues to grow.