COLUMBUS — The last impression of the Ohio State defense was hard to shake.

To be fair, the whole body of work statistically also should have left a bad taste in the mouths of the Buckeyes.

There are plenty of reasonable explanations for why the program fell short of the Silver Bullets standard last season, and that context is important in keeping in mind why there weren’t wholesale, knee-jerk reactions made after the national-title game loss. The Buckeyes are well aware that improvements have to be made on that side of the ball starting next week when spring camp opens — but simply having all of those practices is a luxury they didn’t have a year ago, which should be a boost all by itself.

“The last thing weâ€™re doing is making excuses,” Ohio State coach Ryan Day said. “But certainly the way the season played out with less games, no spring, preseason chopped up â€” it just didnâ€™t help. Now we have a whole year.

“Once we have a whole season, a whole year to evaluate that, as we sit here next year weâ€™ll have a much better feel for where weâ€™re at.”

That work is obviously underway already during winter workouts, and it ramps up in intensity when the Buckeyes get back to padded practices in the Woody Hayes Athletic Center this month. Ohio State once again has legitimate College Football Playoff aspirations and is capable of getting that one extra win that eluded it in January — provided it can take another step forward defensively. As the program gears up for camp, Lettermen Row is starting its closer look at the Silver Bullets with Three Key Questions for the unit as a whole. 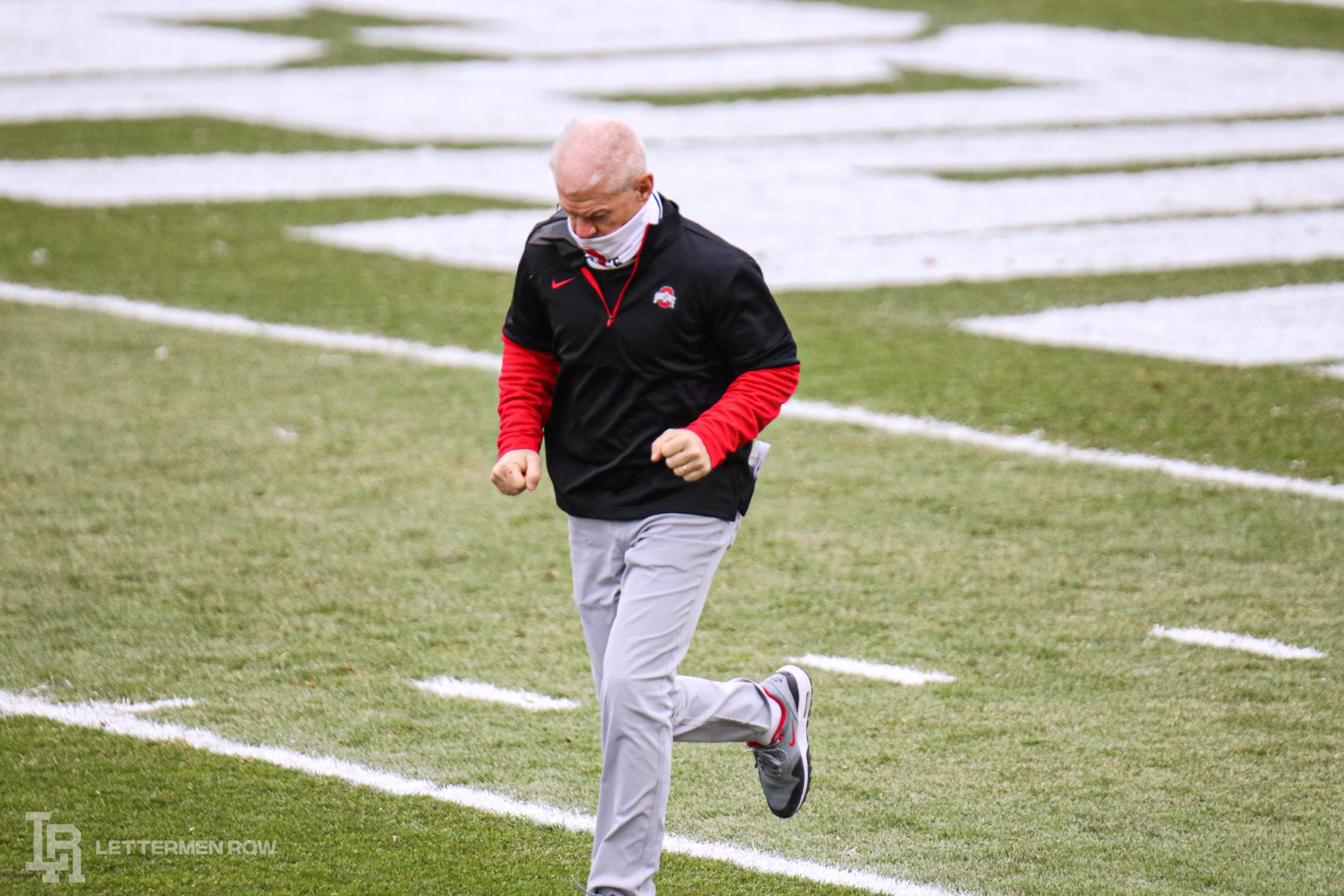 What does Kerry Coombs have in store for Year Two?

That obviously wasn’t the debut year that Kerry Coombs envisioned as the Ohio State defensive coordinator, and few of the challenges he could have faced could have ever been imagined when he returned to the program with so much fanfare last offseason. The Buckeyes certainly knew it would be a tall order to replace three NFL Draft picks in the secondary. But trying to do so without spring practices, a normal training camp or nonconference games and during a pandemic that wreaked havoc on the roster made it almost impossible for Coombs to manage.

Throw in some key injuries and depth-chart departures and it should be a little easier to understand why the pass defense slid to No. 122 in the country last year. Considering how much talent is on hand thanks to the program’s elite recruiting and the amount of experience acquired by returning veterans like Josh Proctor, Sevyn Banks, Marcus Williamson and it’s not a stretch to expect a quick bounce-back campaign for a group that expects to be the Best in America. Clearly Ryan Day hasn’t lost any confidence in Coombs or he would have taken a different approach to filling out the coaching staff after co-defensive coordinator Greg Mattison retired. But with a more normal year to prepare, the expectations and scrutiny will ramp up accordingly for Coombs now.

Who will emerge at linebacker for Ohio State?

After years of waiting their turn, the next wave of Ohio State linebackers will finally get a chance to show what they can do now that the entire starting unit and the first guy off the bench all have to replaced. The Buckeyes might be a bit inexperienced when it comes to game reps, but Teradja Mitchell, Dallas Gant and K’Vaughan Pope have all had years to mature within the program and should be poised to explode once their moments arrive.

Losing four seniors at linebacker is a big deal for the Buckeyes, there’s no question about that. Those guys all held on to their roles ahead of younger guys for so long for a reason, and that’s also a reminder that the coaching staff still felt more improvement was needed before touted athletes like Mitchell could take on a full-time role. Somebody new is going to have to do it, and the competition to fill out the depth chart at linebacker is going to be one of the most fascinating stories of the spring.

Is Zach Harrison ready to make leap to stardom?

The Rushmen might not have racked up absurd sack totals last season, but that unit was more productive generating a pass rush than it tended to get credit for on the way to the Big Ten title and a Sugar Bowl blowout. Sure, the Buckeyes did not have had a generational talent at defensive end after losing Chase Young early to the NFL Draft. But the collective unit did its part to collapse pockets, force a few fumbles and stop drives with timely plays throughout the season — although it struggled a bit in the title game against Alabama.

Either way, the former five-star recruit who has long been projected to fill those superstar shoes is now heading into his third season with the Buckeyes. Everybody develops at a different pace, but this should be the year where Zach Harrison unlocks his potential and starts unleashing his freakish athleticism on opposing quarterbacks on a more consistent basis. Harrison has every tool needed to be a first-round pick at this time next year, and he’s got the best defensive line coach in the country working with him. Young and the Bosa brothers always pointed to spring camp as a pivotal time learning from Larry Johnson, and it’s Harrison’s turn to make the leap.