But if a unit is going to identify itself as the Best in America, that makes it pretty easy to evaluate when it comes up short — or doesn’t even come close like it did last season.

There are a dozen factors that contributed to the slide to No. 122 in the country in pass defense a year ago, and those are important to keep in mind to understand why the Buckeyes didn’t panic about it in the offseason when it retooled the coaching staff. But Ohio State obviously isn’t even remotely satisfied about what happened in the secondary, which puts that group squarely in the spring spotlight starting on Friday in the Woody Hayes Athletic Center.

“The last thing weâ€™re doing is making excuses, but certainly the way the season played out with less games, no spring, preseason chopped up â€” it just didnâ€™t help,” Ohio State coach Ryan Day said. “Now we have a whole year. Once we have a whole season, a whole year to evaluate that, as we sit here next year weâ€™ll have a much better feel for where weâ€™re at.

“Thereâ€™s plenty of ideas there. Itâ€™s just a matter now of: How do we implement it? How do we do a better job of coaching it? Thatâ€™s really what it comes down to. If thereâ€™s some scheme out there that someone could bring in that we havenâ€™t seen before or donâ€™t know, then yeah, I would do that. But there isnâ€™t. We know the different schemes, we know the different coverages. These guys are really sharp. But now: How do you implement them the right way and how do you pick the right ones? I think thatâ€™s the key.”

The Buckeyes have had a couple months to think about that, and the process ramps up in intensity this week with the first of 15 spring practices. As Ohio State gets to work in the defensive backfield, Lettermen Row is taking a closer look at the situation as the Spring Forecast series rolls along heading into the start of camp. 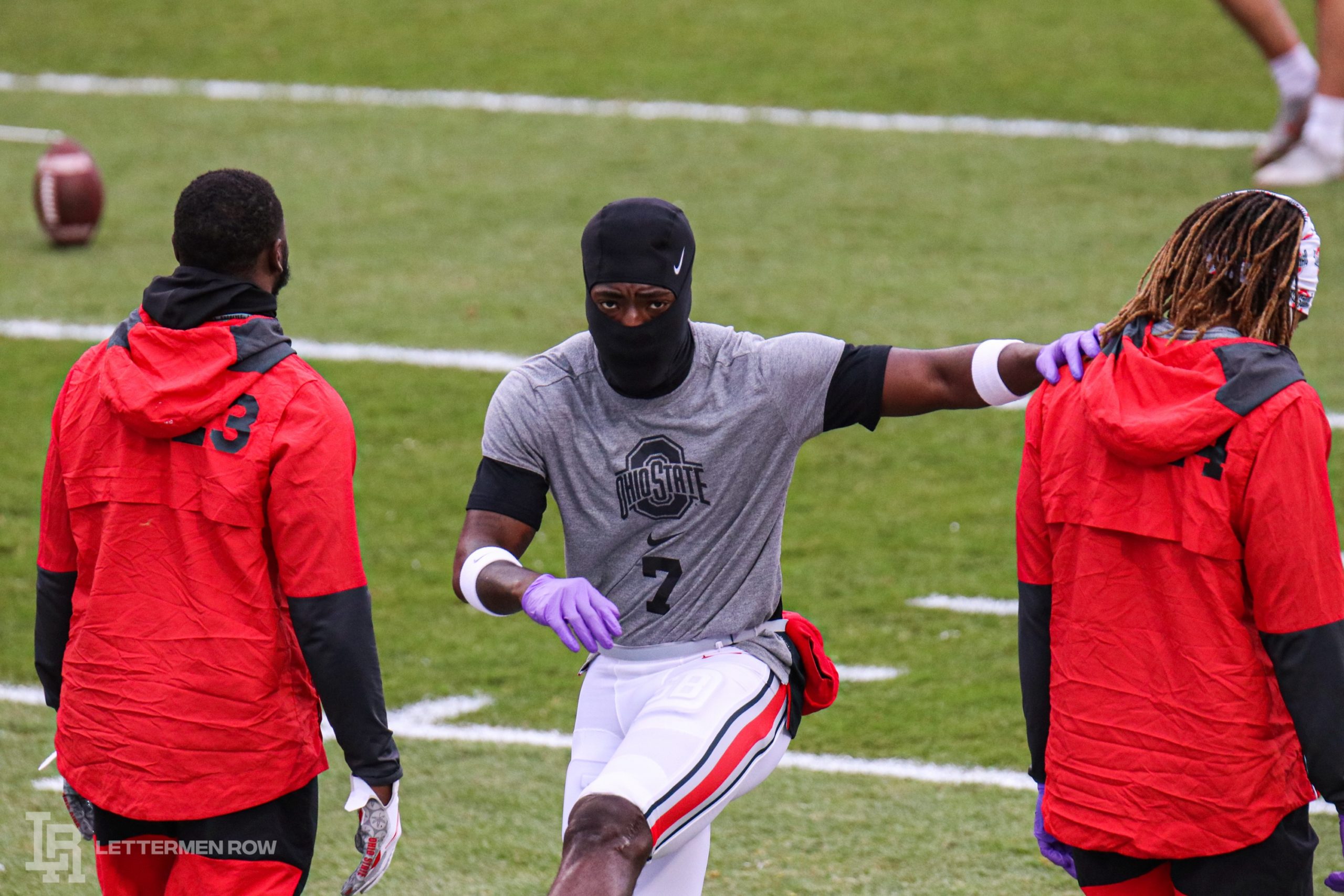 Ohio State wasn’t at full strength for a single game last season in the secondary, and at some point the Next Man Up approach is going to lose its effectiveness. Even at the elite level the Buckeyes have recruited at over the last few years, nobody has an unlimited supply of quality depth in the defensive backfield. It also didn’t help that even guys who were playing like Shaun Wade were doing so with nagging injuries, and all of that caught up with the program in the title-game loss to Alabama.

Wade heading to the NFL Draft isn’t an ideal way to start the reload. Losing the top cornerback off a pass defense that was already struggling only adds to the challenge, especially if it’s still unclear when Cameron Brown might be at full speed again after suffering an Achilles injury in October. The Buckeyes also still need to get Kourt Williams back after he missed all of last season with a knee issue, and both of those players are eventually are going to play key roles in the secondary. So, the work can’t all be done in spring camp. But it will be crucial for developing depth and familiarity with the scheme.

The Candidates: Ohio State has mix of veterans, rising talent

Inexperience shouldn’t loom as large for Ohio State in the secondary this time around. Everything Josh Proctor, Marcus Williamson and Sevyn Banks have gone through will establish the foundation for the Buckeyes, and those are three talented building blocks for defensive coordinator Kerry Coombs to work with in the backend. Proctor can play any role, and his boundless athleticism opens up flexibility for the Buckeyes. Williamson was forced to play out of position last season, but he’s flashed playmaking ability at times. And Banks was arguably emerging as Ohio State’s best cornerback late in the year, and he could use this year as a springboard into first-round status for next year’s draft.

Beyond that, Ohio State will be trying to tap into the potential of young cornerbacks Lejond Cavazos and Ryan Watts, two talented prospects who didn’t get the benefit of a normal freshman year to develop. At safety, Ronnie Hickman and Bryson Shaw have offered glimpses at their potential, but Lathan Ransom might be the guy to watch. After a strong finish to an abbreviated freshman season, Ransom now gets a full year in the system to develop and has the tools to be a superstar.

The Forecast: Buckeyes will take major leap in secondary

The work will not be completed in the spring. But simply having one is a huge deal for the Buckeyes and Kerry Coombs, who were effectively playing from behind in the secondary all year. When fully healthy and not dealing with the weekly COVID issues that wrecked the depth chart late in the season, Ohio State is bursting with talent and poised for a dramatic climb in the national rankings.

Looking for a relative dark horse to emerge? The pick here will be Ryan Watts at cornerback as he gets more comfortable in the system and starts putting his long, 6-foot-3 frame to good use in coverage for the Buckeyes.