Stay in touch or be left out because Ohio State recruiting is a 24-hour, seven-day-per-week obsession. Whatâ€™s the latest news as the Buckeyes build for the future? Get that and more Sunday through Thursday on Lettermen Row. Today’s notebook is about the Elite 11 andÂ The OpeningÂ as the two big recruiting showcases finished up this weekend.

Quinn Ewers at the Elite 11, The Opening

Barring a three-day stretch where he didn’t throw any incompletions or interceptions or lose any competition, Quinn Ewers — at least from a national perspective — was kind of set up to fail at theÂ Elite 11.

When the expectations on a player areÂ so high, when he has aÂ perfect prospect rating, how can he go anywhere but down?

Ewers wasn’t his best, and he’ll be the first to admit it. What he won’t do, even if he was asked, is make excuses for it. There’s nothing wrong with being really good in 7-vs-7 settings, but it’s not something he does. The folks at the Elite 11 run a very tight ship and keep their participants running from sun up to sun down and by the time Saturday morning rolled around, it was clear that the country’s top-ranked quarterback was running on fumes.

There is almost always overreaction when these big national events happen but I don’t expect that to be the case with Ewers. He’s a football player, not a shorts and t-shirt All-American. Still, he knows he got better this week and he definitely got closer to the other Buckeyes commits and targets in attendance.

Quinn Ewers wanted to win theÂ Elite 11. He is a fiery competitor and isn’t going to let the lessons he learned in California go to waste. Head to YouTube for a lot of the work done by Ewers over the last four days. 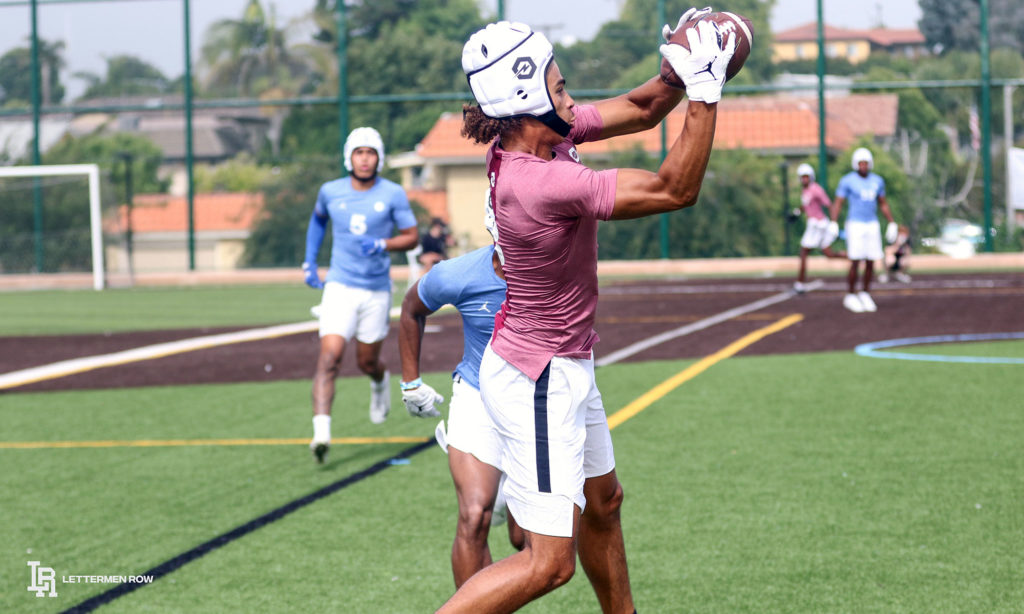 Ohio State commit Kyion Grayes wanted to show he’s a top-of-the-board receiver and I think he did that.

It’s not always easy to see how really good 7-on-7 receivers will translate to actual football but Grayes does all the little things that great receivers do. He creates space on nearly every route and though he doesn’t have blazing speed at this point, he’s plenty fast to beat cornerbacks down the seam. Grayes ran a 4.53 during his Friday morning testing session. He’s not a big receiver, but he’s physical enough to play against safeties and linebackers too.

I talked to a couple of different guys that work within the rankings system forÂ 247Sports.com during the last few days, and the consensus was that Grayes needs to a receive a big rankings bump. I think he’s a Top 10 wide receiver in the country and the Buckeyes do too.

Grayes caught multiple touchdowns and was a crisp, consistent route runner atÂ The Opening: that’s his calling card. The Chris Olave comparisons are nothing if not apropos.

C.J. Hicks continues to beÂ the leader for Ohio State

Linebacker commit C.J. Hicks is the No. 2-ranked linebacker in the country according to the composite rankings and I don’t think that’s high enough. Many others in attendance shared that opinion.

Hicks has gotten better each and every time I’ve seen him over the last three years and there’s no reason to expect that will stop anytime soon. Linebackers coach Willie McGinest was noticeably impressed by the ways Hicks performed and listened and learned but also by the way he led. That’s not a surprise to Buckeyes fans who have come to see him as a class leader in the 2022 group for Ohio State.

Hicks was vocal, he was violent and he was visible. He’s going to be the face of the Ohio State program over the next few seasons as a leader on and off the field. It’s hard not to sound hyperbolic when breaking him down but at 6-foot-3 and 230-pounds, Hicks ran a 4.58 on a very bad field and was in and out of breaks like a high-level defensive back. 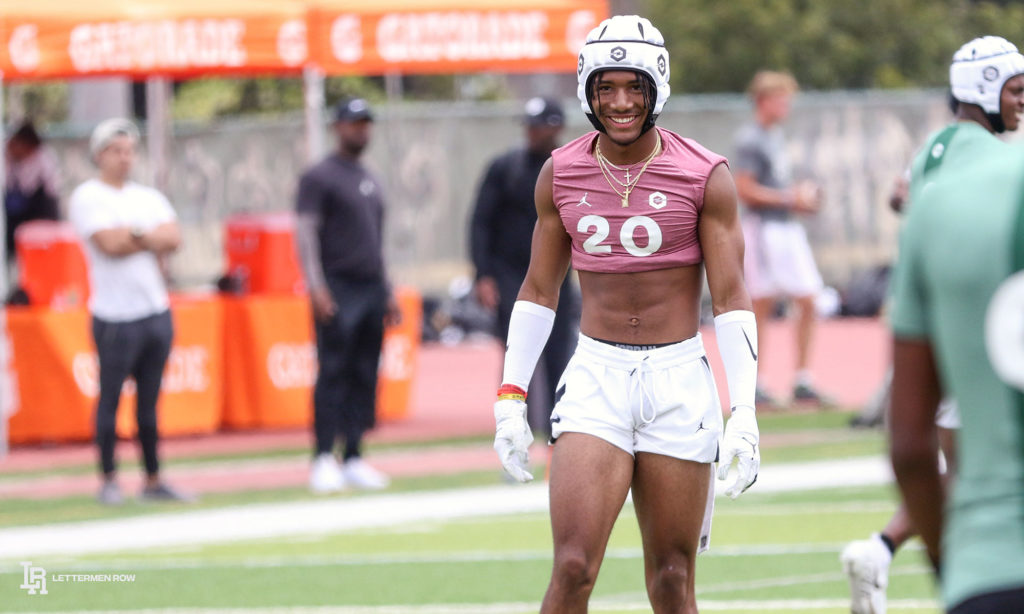 A.J. Harris is the top cornerback on the Buckeyes 2023 recruiting board. (Birm/Lettermen Row)

Thoughts on other Ohio State targets

Outside of the Buckeyes commitments, here are some of the other things that really caught my attention over the last few days.