The speculation, debate and conversations about Ohio State never end, and Lettermen Row is always ready to dive into the discussions. All week long, senior writer Austin Ward will field topics on Ryan Day and the Buckeyes submitted by readers and break down anything that’s on the minds of the Best Damn Fans in the Land. Have a question that needs to be tackled, like the one today about using the tight ends in the passing attack? Send it in right here — and check back daily for the answers.

Any reason to believe the tight end postion will see an uptick in offensive production?

If Ohio State wants more from its tight ends, it’s definitely reasonable to expect it this season with all three of the top options on the depth chart returning with more experience, confidence and strength. It’s also important to note that the Buckeyes had little reason to complain about that unit a year ago, even if a combined output of 30 receptions might seem a bit underwhelming.

Considering that Luke Farrell had never been a starter, Rashod Berry had bounced around to different positions before settling at tight end and Jeremy Ruckert was a true freshman, last season should really go down as a success for that group as it continues to develop. Certainly there is room to improve as threats in the passing game and they can also grow as blockers to provide a boost on the ground, but those guys were solid contributors for easily the best offense in the Big Ten.

That’s a fine place to start, of course. Because it’s really a foundation for the next step in the development process, and Ruckert in particular will be expected to play a much more prominent role as a target given his combination of size, speed and ball skills. There is always a learning curve at tight end for Ohio State since so much importance is placed on holding up physically as a blocker, and it shouldn’t have come as a huge surprise that Ruckert needed time in that department. And in the long run, it was really a benefit for the Buckeyes that Farrell was able to emerge as a steady performer and Berry’s versatility allowed him to lend a hand. 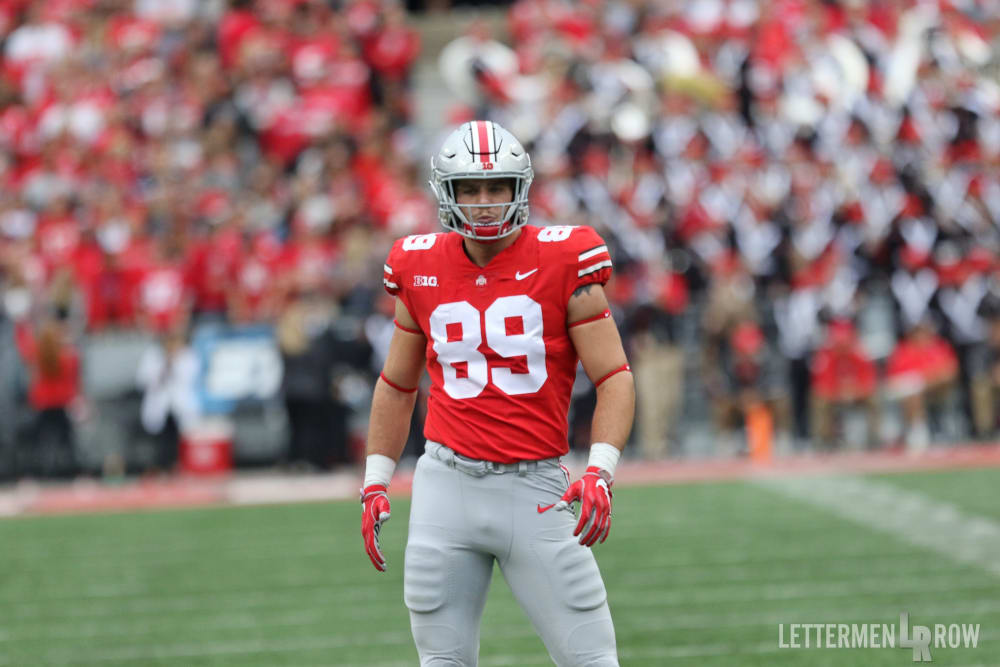 Spring ball will be key for those guys as Ohio State figures out the best way to spread out the workload. And it could get even more interesting if Ruckert really flashes and Berry’s social-media teases about playing on the defensive line again become a serious option. Really, the Buckeyes would probably be better off continuing to roll with all three of those guys at tight end since they each excel in different ways — and there are some whispers that more two-tight end packages could be in the works this season.

There should be more opportunities for those guys to catch the football more often than they did a year ago, especially as the passing attack tries to replace the production of Parris Campbell, Terry McLaurin and Johnnie Dixon. But as always with the Buckeyes, counting receptions isn’t going to be the true measure of success for the tight ends.

Either way, that unit should be in line to have an even greater impact for Ohio State with the top of the depth chart returning intact. It will just be up to the coaching staff now to figure out exactly how the tight ends do it.