Even the top-ranked recruit in the country at the position needed a couple years before he was ready to ascend as the nation’s best at the collegiate level, and Jeremy Ruckert knows better than anybody how much work is required.

He’s lived that process over the last three years. Now he needs to help bring along a sidekick or two — especially since the Buckeyes have no plans to stop featuring that unit as a critical part of the offense.

“Itâ€™s definitely going to be an interesting conversation this year,” Ruckert said during spring camp. “Weâ€™ve got a bunch of guys really coming on strong, developing with Cade [Stover], Joe [Royer] and Mitch [Rossi] really being those guys in there. They all can do all different things really well.

“The versatility of our position is going to be shown more than ever this year.” 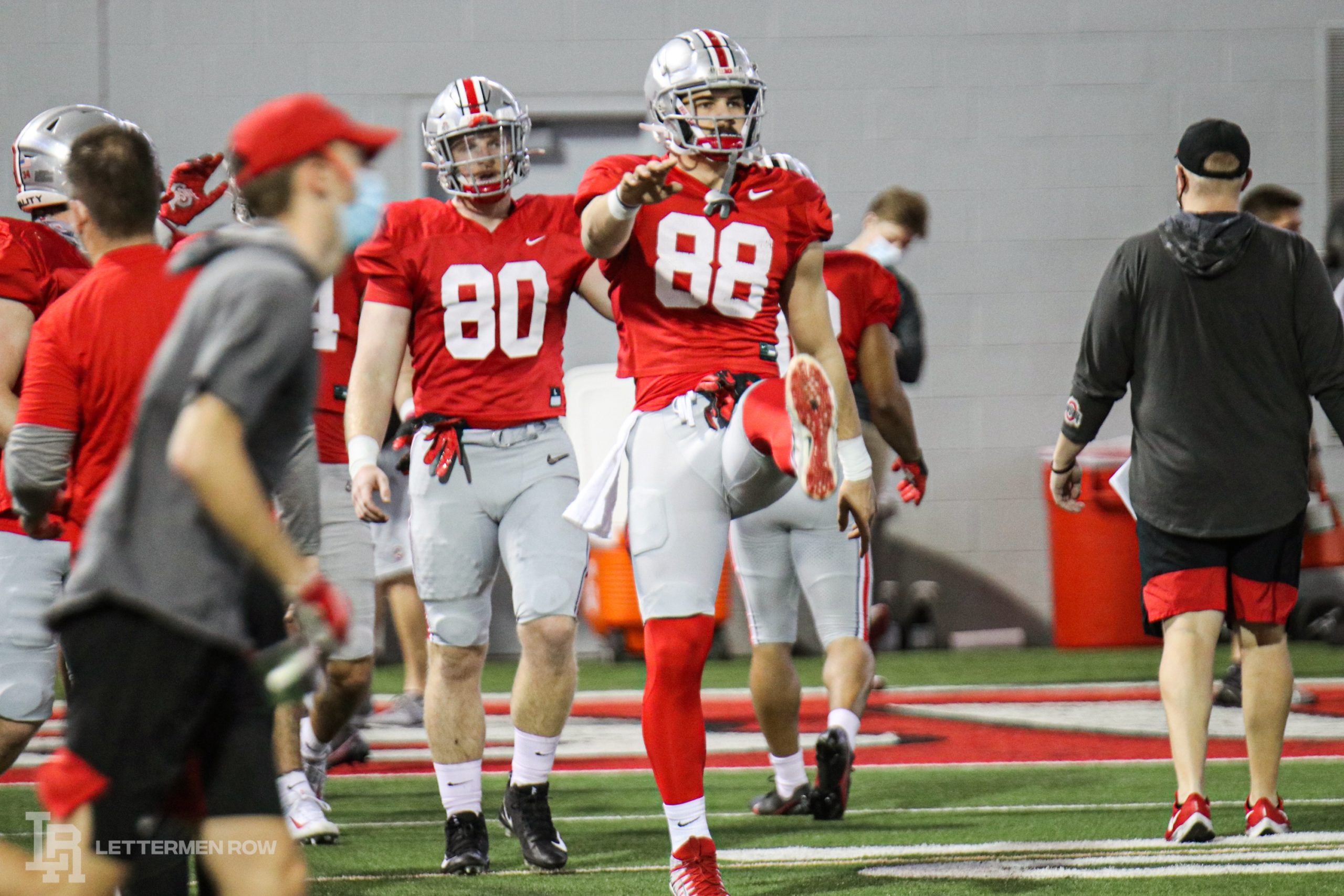 The Buckeyes have also added early enrollee Sam Hart and converted wide receiver Gee Scott to the mix, bolstering a group that lost a pair of seniors to the NFL in the offseason.

Luke Farrell, in particular, was perhaps the most underrated player on the Big Ten-championship roster last season, and his ability to do anything Ohio State needed at tight end leaves a void that won’t be easy for just one player to fill. The Buckeyes, though, have no shortage of athleticism and versatility ready to step up and try, setting the stage for what could be a fascinating training camp as it mixes and matches with the next wave of tight ends.

There’s really not much time to waste.

Who will emerge as a secondary option for Ohio State at tight end? How significant are the offseason losses in that unit for the Buckeyes? What challenges pop up for players trying to learn that tricky position? Former Ohio State tight end Jake Stoneburner was back in the Lettermen Row film lab answering those questions and more in the latest episode of BuckIQ.