The speculation, debate and conversations about Ohio State never end, and Lettermen Row is always ready to dive into the discussions. All week long, senior writer Austin Ward will field topics about the Buckeyes submitted by readers and break down anything that’s on the minds of the Best Damn Fans in the Land. Have a question that needs to be tackled, like the one today about the Ohio State and the expanding role for the tight ends? Send it in right here — and check back daily for the answers.

Will the use of the TE's continue to be a focus on offense?

This time it’s safe to believe it: Ohio State is really going to feature the tight ends in the offense.

After years of annual lip service in the offseason hyping up bigger roles for the position and then failing to deliver, the Buckeyes backed it up on Saturday in the season opener. And Ryan Day also offered plenty of hints about just how important that unit will be this season with his play-calling in Week One.

Jeremy Ruckert was one of the featured targets. Luke Farrell continued to offer a consistent, physical presence and was involved in several key plays running decoy routes. The Buckeyes even unveiled some three-tight end sets with Jake Hausmann adding even more bulk to the attack, which might wind up being a cure for some of the red-zone woes that bogged the program down at times last season.

Throw in Rashod Berry when he’s ready to return and Ohio State has four guys at the position with size, athleticism and the trust of the coaches to get the job done. So, there’s no reason to think what happened against Florida Atlantic was a mirage — particularly when it comes to Ruckert.

“I don’t think my role really changed a lot,” Ruckert said after the 45-21 win. “We’re a really deep unit. And we’re so deep and had such a good offseason that I think we’ll keep rotating a lot. I think it’s great for our unit, and I know I made a couple plays. I got lucky to make a couple big plays, but Luke and Jake also made plays out there to get me open. 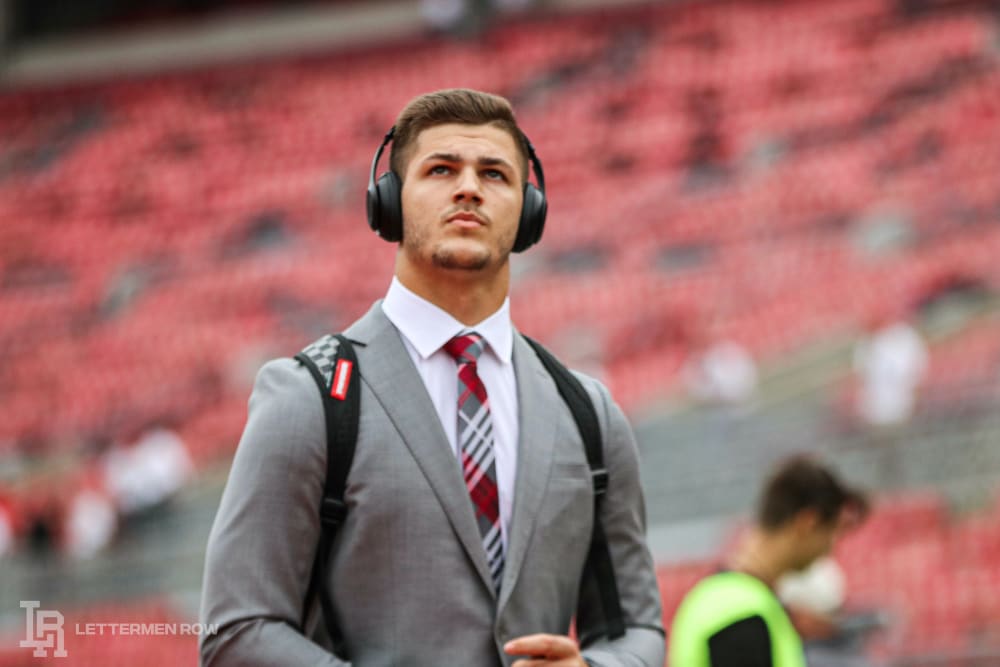 In fact, the pair of touchdowns Ruckert caught were directly influenced by Farrell, who was paired alongside him in both the formation and route concepts to draw the attention that left the sophomore wide open for easy catches. That early validation of the strength at that position will only encourage Ohio State to lean on the tight ends more. But it’s worth a reminder that nothing is ever truly guaranteed when it comes to receiving totals and usage in the passing game as a whole.

If the tight ends continue to be such a featured part of the offense, defenses are eventually going to find ways to try to slow them down. But that would still be just as valuable for the Buckeyes, since that will then open up options for a talented group of wideouts or create more space for Justin Fields and J.K. Dobbins to operate the ground attack.

It’s always important to keep in mind that receptions aren’t the only way the tight ends should be evaluated, especially at Ohio State where their blocking is so crucial. But it certainly looks like more catches are on the way for the Buckeyes, and clearly those four guys are going to be among the most important players Ryan Day puts on the field this season.