The summer offseason is in full swing, and Lettermen Row is trying to survive it with our annual Position Week breakdowns. By the time all nine units at Ohio State have been covered, training camp and media days will nearly have arrived â€” and the return of football in the Horseshoe will be just around the corner. Letâ€™s roll right along by turning the attention to the defensive backs for the Buckeyes.Â

That’s the nickname the Ohio State defensive backs unit has come to be known by. With all the talk in recent years about what school is trulyÂ DBU, the Buckeyes have proven to be above the best. They’re just BIA.

The numbers back up the talk, too. Former Ohio State cornerback Shaun Wade was selected in the fifth round of the NFL Draft in April, continuing an impressive streak of Buckeyes cornerbacks in the draft. Every starting Ohio State cornerback since 2013 has been drafted, and it will be up to Sevyn Banks to uphold the tradition.

This week at Lettermen Row is Defensive Backs Week. And with some many elite defensive backs in Ohio State history, we’re breaking down the top-five cornerbacks and safeties. Up first: cornerbacks. 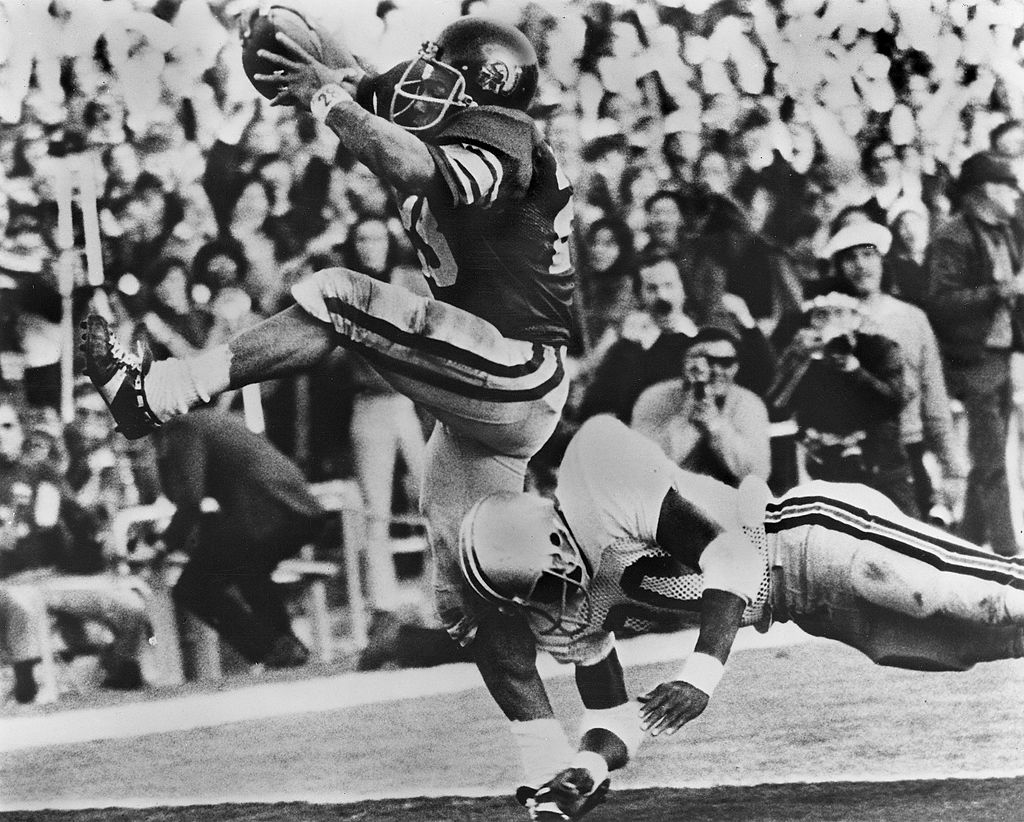 Neal Colzie is one of the most potent specialists in Ohio State history. (Sporting News/Getty Images)

One of the first Ohio State recruits out of Florida, Neal Colzie’s name is all over the record books. A strong cornerback, his punt returning skills made him a household name. His best season as a specialist came in 1973 when he returned 40 punts for 679 yards, and he returned eight punts for 170 yards against Michigan State. He did that all while still putting together an All-Big Ten season at cornerback. His senior season was when he really showed off his skills as a defensive back. Picked as a team captain in 1974 he tallied eight interceptions –Â still tied for the third-most in a single season — en route to being name a first-team All-American and Big Ten selection. Over the course of his three seasons as a starter, Colzie picked off 15 passes and returned two for touchdowns. His 14.3 punt return yards per attempt are the most in Ohio State history. Colzie was posthumouslyÂ inducted into the Ohio State Athletics Hall of Fame in 2009.

Antoine Winfield’s Ohio State career was filled with firsts, and it’s why he landed on this list. The cornerback came in the 1996 Citrus Bowl as a true freshman and made seven tackles, but his impact wasn’t really felt until his junior season in 1997. He tallied 100 tackles, 12 pass breakups and two interceptions on the season, becoming the first cornerback back in Ohio State recorded history to lead the Buckeyes in total tackles, which earned him All-American status. He led the Buckeyes in tackles five times that season, including a 10-tackle performance against Michigan and a career-high 13 against Missouri. Winfield’s senior year was his best in Columbus, as he was a consensus first-team All-American and became the first player in Ohio State history to win the Thorpe Award as the nationâ€™s outstanding defensive back. He finished his Ohio State career with 278 tackles, including 224 solo stops, 22 tackles for loss, 29 pass breakups and three interceptions in 50 games and 29 starts. His 200-plus tackles marked the first time a non-linebacker in Ohio State history had crossed the 200-tackle threshold.

Malcom Jenkins was not a highly-rated recruit coming out of high school. A three-star prospect, he was listed as the No. 61-overall cornerback in the 2005 class. That didnâ€™t make an impact on his performance at Ohio State, though. He finished the season with 37 tackles in 10 games, setting himself up to start 13 games as a sophomore. Jenkins finished his second year with 55 tackles and four interceptions, garnering first-team All-Big Ten status. He became a two-time All-Big Ten selection the following season with a 47 tackles and four interceptions. In a solid draft position, Jenkins surprised many by returning to Ohio State for a final season and putting his professional career on hold. The result was the second Jim Thorpe Award in school history as Jenkins recorded 57 tackles and three interceptions.Â 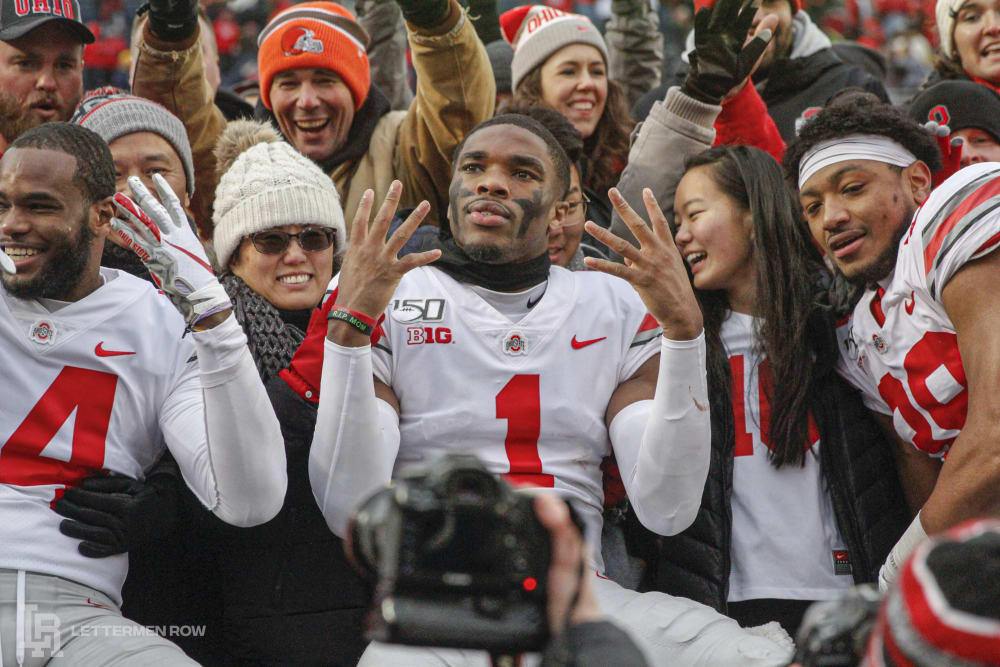 Jeff Okudah is the latest product of DBU. (Birm/Lettermen Row)

Jeff Okudah could just completely take wide receivers out of games. He played every game in his freshman and sophomore seasons, but the cornerback was at his best in his junior year when Ryan Day brought Jeff Hafley on to run the Ohio State secondary. The duo just clicked immediately, and Okudah transformed into the best cornerback in college football. He had two interceptions against Nebraska early in the season, and teams started to gameplan around not throwing the ball near Okudah. He was a first-team All-Big Ten and unanimous All-American selection, and he should have won the Thorpe Award. He finished with three interceptions and a forced fumble and helped the Buckeyes reach the College Football Playoff semifinals for the first time since 2016.

The son of former Ohio State running back Ron Springs, Shawn Springs was an elite shutdown cornerback. After redshirting as a freshman, he immediately began to contribute. A two-time All-Big Ten selection, the 1996 season established Springs as one of the top defensive backs in college football without recording an interception. Teams simply chose not to test him. Michigan knocked off Ohio State’s national championship hopes in the final game of the regular season, but the Buckeyes still made the Rose Bowl. Springs led Ohio State to a win over Arizona State, holding star receiver Keith Pool to just one catch; He broke up four passes and recorded five tackles in the game. The win ruined the Sun Devils’ chances of a national title and delivered the Buckeyes their first Rose Bowl victory since 1974. He finished the season with 39 tackles and a team-high 15 pass breakups and was the winner of the 1996 Big Ten Defensive Player of the Year.