COLUMBUS — Ohio State has produced some of the greatest defensive lineman in college football history.

Arguably one of the best to ever play for the Buckeyes is somewhat forgotten. Jim Stillwagon set the bar for all defensive tackles to come after him at Ohio State. He is the only Ohio State defensive lineman to ever win the Outland Trophy, given to the top interior lineman in all of college football. In his three seasons as a starter, the Buckeyes went 27-2 and won a pair of championships.

Elite defensive tackles can change the entire trajectory of a game by shutting down the running game. And the great ones put the focus on them, opening up one-on-one matchups for players coming off the edge.

So in honor of Defensive Line Week at Lettermen Row, weâ€™re breaking down the top five defensive tackles in Ohio State history. 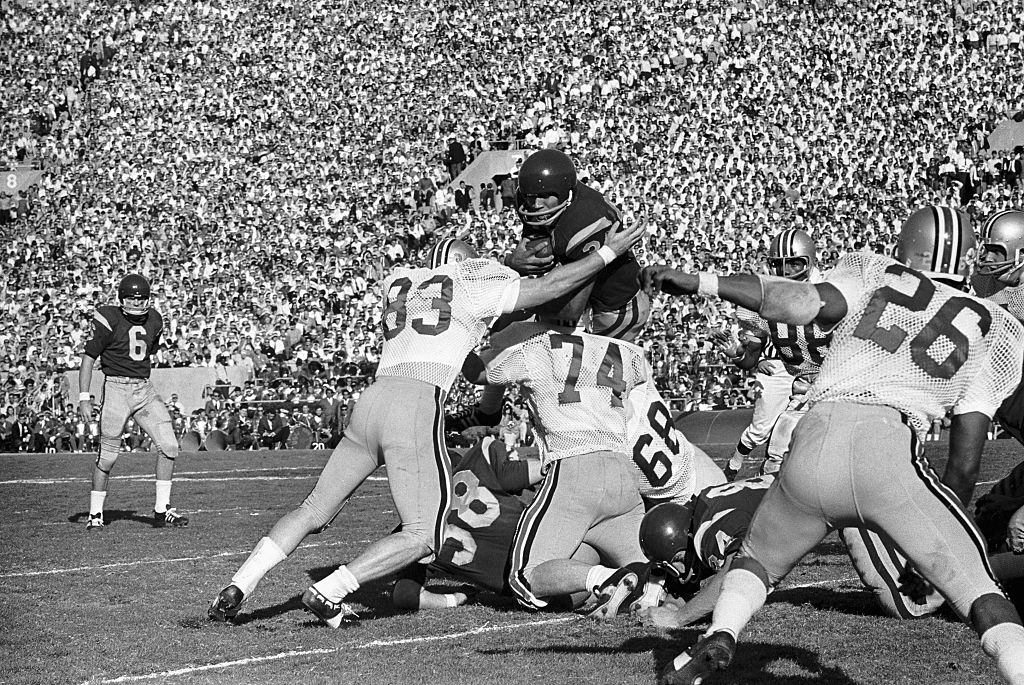 A three-year starter, simply put Jim Stillwagon shut down offenses. His ability to clog up the middle of the line of scrimmage was unmatched as the Buckeyes posted a 27-2 record, won three Big Ten championships, played in two Rose Bowls and won a pair of national championships with the defensive tackle’s help. In 1969, the Buckeyes gave up just 93 total points thanks to Stillwagon’s aggressiveness.Â His best season came in 1970, and while he wasn’t crashing into backfields he piloted a defense that only allowed two opponents to score more than 13 points. Strong and relentless, he won the Outland and Lombardi trophies in his final year with the Buckeyes. Stillwagon was a unanimous All-American as a junior and senior, and is a member of the College Football Hall of Fame.

Dan Wilkinson was given the nickname Big Daddy for a reason. The defensive tackle had the rare combination strength, size and speed paired with a 6-foot-5, 300-pound frame. He only played two seasons at Ohio State — redshirting his freshman season — but made a significant impact. In his rookie season as a sophomore, Wilkinson recordedÂ 46 tackles, including 10.5 tackles-for-loss and 6.5 sacks along with winning All-Big Ten honors. Arguably the best defensive lineman in college football in 1993, he put his talent on full display. Lined up at tackle next to nose guard Luke Fickell, Wilkinson was recognized as a consensus first-team All-American and was named co-Big Ten Defensive Player of the Year. With no offensive lineman able to stop him one-on-one, he finished his final season at Ohio State with 44 tackles, including 13 tackles for loss. 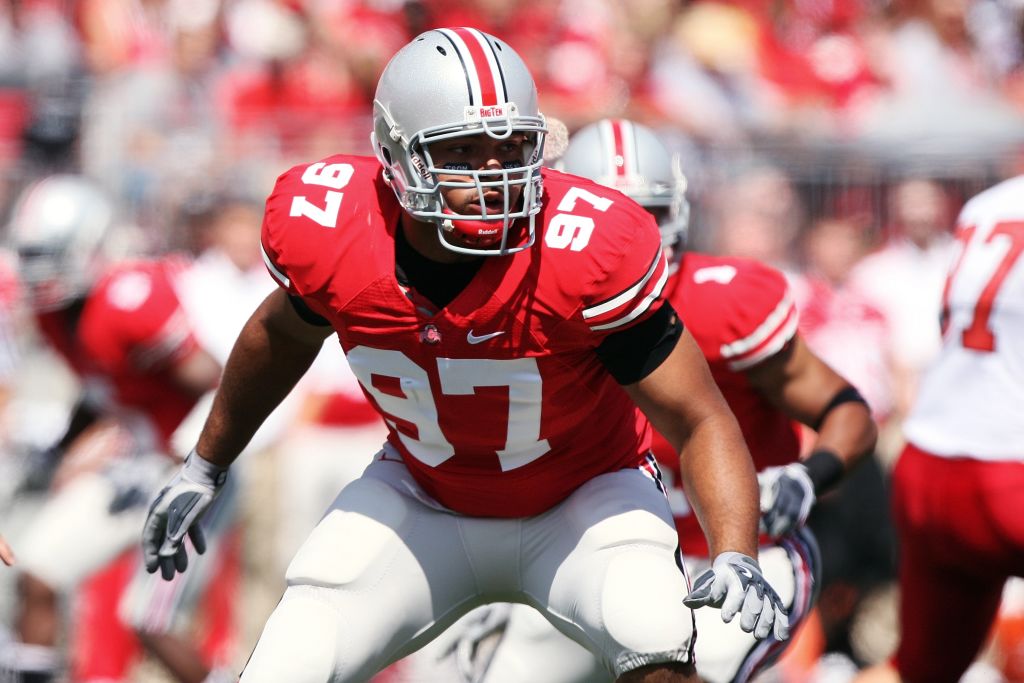 Cameron Heyward was a consensus All-American in 2007. (Jamie Sabau/Getty Images)

The son of former NFL fullbackÂ Craig Heyward, Cameron arrived at Ohio State with high expectations. He delivered immediately. The defensive tackle was named a consensus All-American in his freshman year, helping the Buckeyes reach the 2007 BCS National Championship game with his 30 tackles, nine tackles for loss, two sacks and two pass breakups. Heyward had the versatility to break into backfields and stuff the middle of the line of scrimmage, and he delivered in big-time games. In his sophomore and junior seasons he combined for 9.5 sacks. He shocked many by returning for a final season in 2010, deciding to hold off on his NFL aspirations for another year at Ohio State. The result was arguably his best season as he was a first-team All-Big Ten selection and totaled 48 total tackles, 13 tackles for loss and 3.5 sacks. Heyward also had his highlight-worthy play against Miami that season, an 80-yard interception return. He finished his Buckeyes career ranked in the top 20 in tackles for loss (37.5) and quarterback sacks (15.5).

Ryan Pickett’s name didn’t dot box scores — he just wasn’t that type of defensive tackle. But what he did best was use his quickness and agility to make the entire defensive line better. With a 6-foot-2, 340-pound frame Pickett had the athleticism to track down skill position players on the outside while also forcing offensive lines to double-team or scheme against him. With the ability to do that, he was able to open up one-on-one matchups for players coming off the edge. He was named an All-Big Ten honorable mention for his sophomore season when he notched 48 tackles and three sacks. Pickett continued to be a force in his junior season, too, forcing two fumbles and recording three sacks. If he wasn’t at Ohio State at the end of the John Cooper era, maybe he would’ve won a few more awards on a successful team. But the defensive tackle made a significant impact on the game in the trenches. 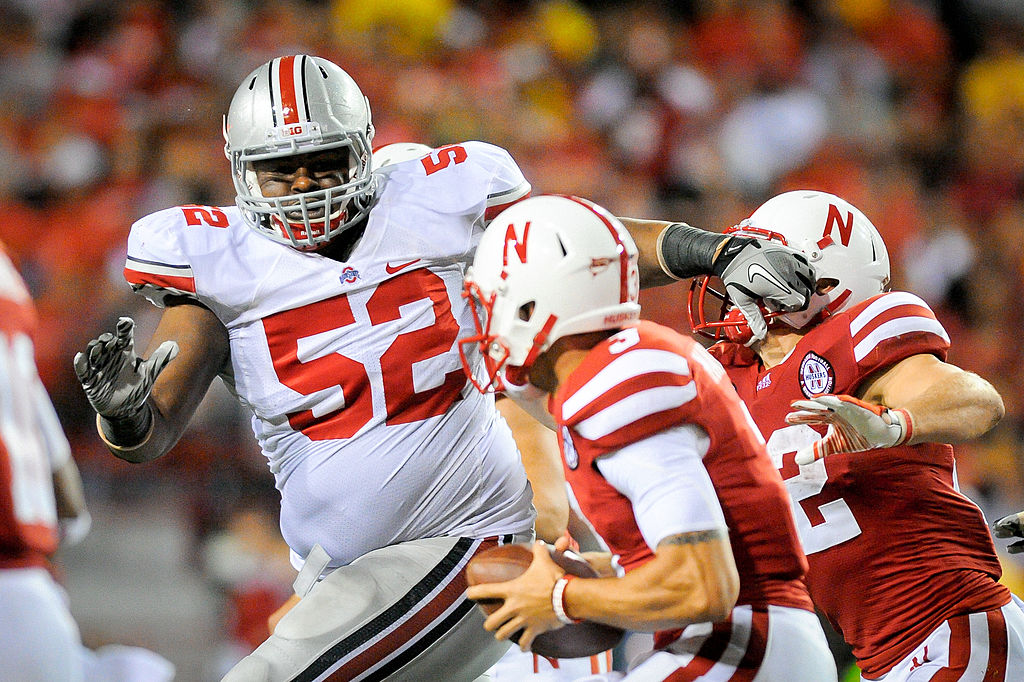 Johnathan Hankins developed into a versatile defensive lineman during his time with the Buckeyes. (Eric Francis/Getty Images)

Johnathan Hankins cracked the starting rotation as a true freshman and never left it. He arrived at Ohio State with a 6-foot-2 frame and pushing 350-pounds, great size for a run-stopper. But over the course of his career, he cut down his weight to 320 pounds, allowing him to show off his quickness at the line of scrimmage. In his last two years with the Buckeyes he bumped around between tackle, end and a nose tackle. His top statistical season came in 2011 when he registered 67 tackles, 11 tackles for loss and three sacks. Hankins overall play improved throughout his three years in Columbus, however, culminated by a first-team All-Big Ten selection in 2012 and earning first-team All-American honors.