The summer offseason is in full swing, and Lettermen Row is trying to survive it with our annual Position Week breakdowns. By the time all nine units at Ohio State have been covered, training camp and media days will nearly have arrived â€” and the return of football in the Horseshoe will be just around the corner. Letâ€™s roll right along by turning the attention to the defensive backs for the Buckeyes.Â

COLUMBUS — Safeties in Ohio State history have always been game-changers.

Jack Tatum set the bar sky-high. The Assassin was part of the group of Super Sophs and helped the Buckeyes capture the 1968 national championships. Tatum was a fierce, hard hitter who constantly made plays whenever he made contact.

The bar that Tatum set has been the standard for safeties in Columbus ever since.Â Since then Gary Berry to Kelvin Bell to Malik Hooker have continued to uphold the tradition.

It is Defensive Backs Week at Lettermen Row.Â Earlier this week we broke down the top cornerbacks at Ohio State history, and today we’re diving into the top-five safeties to ever play for the Buckeyes. 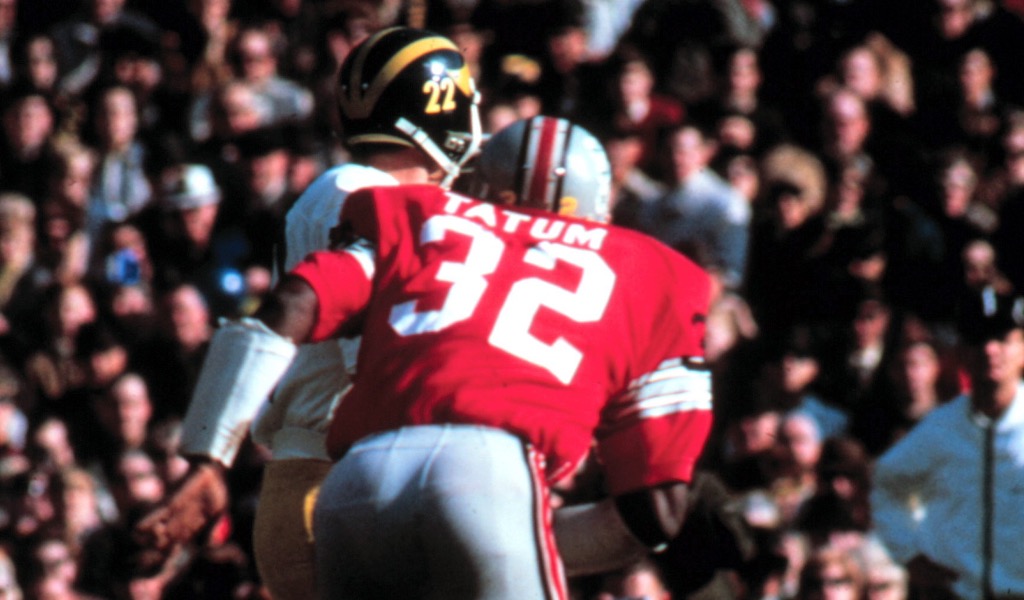 Jack Tatum arrived at Ohio State as a running back. But when he joined the varsity team as a sophomore, he was moved over to defensive back. Tatum didn’t seem to need much of a learning curve. Intimidating, fierce and a violent hitter, in his first full season he helped the Buckeyes capture the 1968 national title. In a secondary next toÂ Ted Provost, Mike Sensibaugh and Tim Anderson, Tatum showed off his skills against Purdue when he kept Heisman favorite Leroy Keyes to 19 receiving yards and helped Ohio State earn the upset win. He was a cornerstone of the defense across his three seasons in Columbus as Ohio State pieced together a 27-2 record and won two Big Ten titles and played in two Rose Bowls. AÂ two-time All-American and the National Defensive Player of the Year as a senior, Tatum also received votes for the Heisman Trophy.

Mike Doss started the last two games of his freshman year and never left his spot in Ohio State’s secondary. A Canton native, the next three seasons he was a first-team All-America honors and became just the seventh three-time All-American in Buckeyes history.Â In Ohio Stateâ€™s double-overtime national championship victory over Miami in 2002, Mike Doss had an 35-yard interception return on a deflected pass off Miami quarterback Ken Dorsey and was named defensive MVP. The 2002 Big Ten Defensive Player of the Year, Doss led the Buckeyes in tackles as a sophomore and junior and was constantly in the running for the Thorpe Award. Doss played in 50 games across his career, starting 40 and collecting 331 total tackles, which puts him first among all Buckeyes defensive backs.

Part of the famous class of Super Sophomores, Mike Sensibaugh helped Ohio State win the 1968 national championship. In his first season as a starter in his sophomore year, he intercepted nine passes — which more than 50 years laters is still the single-season record at Ohio State. The following season he nearly tied the record with eight picks while helping the Buckeyes hold opponents to 10.3 points per game. A Cincinnati native, he was in a defensive backfield that also included Jack Tatum and Ted Provost that helped the Buckeyes go 27-2 from 1968 to 1970. A two-time All-Big Ten selection and an All-American in 1970, his 22 career interceptions are the most in program history and rank eighth in FBS history. His 248 career interception return yards also ranked first in the Ohio State record books. 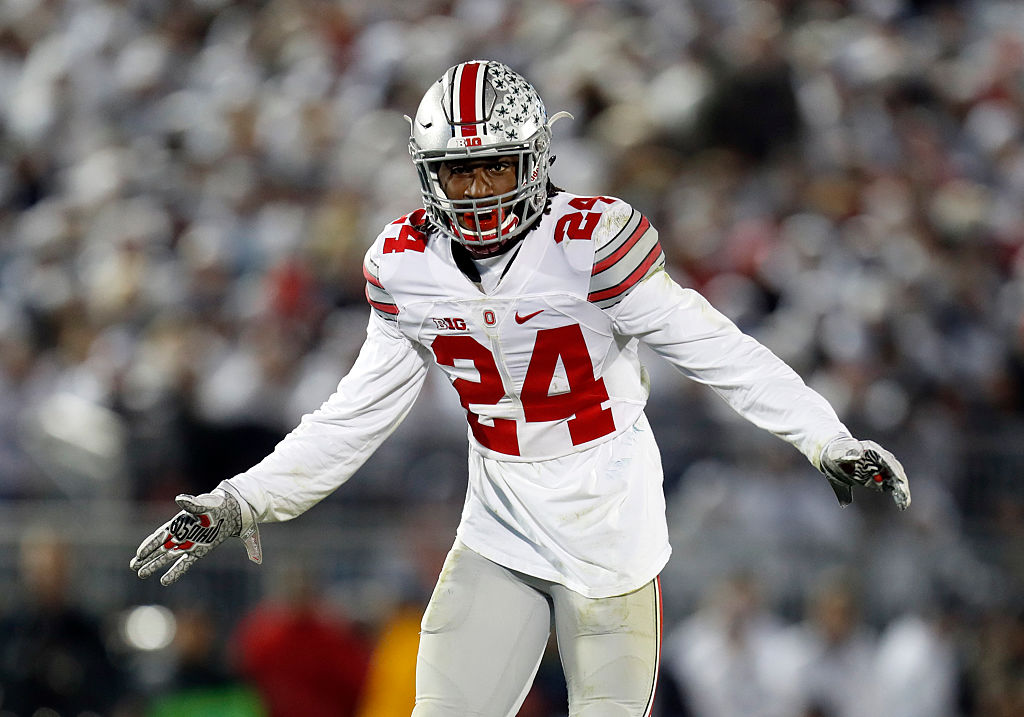 Malik Hooker’s 2016 season is arguably the best ever put together by an Ohio State safety. (Justin K. Aller/Getty Images)

After redshirting his freshman year, Malik Hooker played in all 13 games in his first season of action. The safety spent most of the season on special teams, recording just 10 tackles. But Hookerâ€™s remembered in Columbus for his remarkable redshirt sophomore year. Promoted to the starting free safety position, he tallied 74 total tackles and seven interceptions, returning three for touchdowns. HeÂ was a consensus All-American and first-team All-Big Ten selection for his performance. The seven picks in 2016 places him fifth in single-season interceptions.Â A member of the Big Tenâ€™s All-Decade team at safety, Hooker’s three interceptions returned for touchdowns is the most in a single season and career by any player in Ohio State history.

On a loaded defense in 1996 that featuredÂ Andy Katzenmoyer, Mike Vrabel and Shawn Springs, Damon Moore led the team in total tackles with 89, becoming the first non-linebacker in Ohio State history to lead the team in tackles. Against Wisconsin that season he notched 19 tackles, marking the most in school history in a game at the time. His three interceptions at Iowa later in the season are still tied for the most in a single game for the Buckeyes. His team-high 12 tackles in the Rose Bowl helped Ohio State capture its first victory in the game since 1974. Moore continued to improve as a junior, earning All-Big Ten honors and racking up five tackles for loss and three interceptions. His final season with the Buckeyes was his best as he earned All-American honors and led his team in tackles again with 81 total tackles and 62 solo stops. Moore’s 12 career interceptions place him ninth on the all-time list.