COLUMBUS â€” Ohio State has undergone its fair share of change this offseason.

A new head coach. A new defensive staff. The addition of a couple true freshman who are aiming to play right away.

The Buckeyes have talent across the board, including the backups. As training camp looms, there are plenty of position battles incoming. Several Ohio State players have a chance to bust out and climb the two-deep over the course of the next month.

The wait is over, and the Buckeyes will finally be back on the football field Friday. Here are five Buckeyes who Lettermen Row thinks are perfect candidates for breakout camps.

After living in the shadows of Nick Bosa and Chase Young last season, Smith appears ready to take the next step and become a force on the defensive edge for the Buckeyes. Throughout the spring, defensive players and coaches were continually asked about Smith and how improved he is since last year.

â€œHe can be real good,â€ Young said. â€œEvery great year that defensive ends had their sophomore year, Tyreke Smith can have that year. I say to watch out for Tyreke Smith.”

Although he likely won’t start ahead of Jonathon Cooper or Young, Smith will have plenty of opportunities to live in opposing backfields.

Wilson has a knack for making acrobatic catches, and he showed that when the media attended an Ohio State practice in the spring. Now, Wilson enters fall camp with massive expectations, even as a true freshman. He’ll be tasked with living up to the standard in Zone 6, with the first step being to crack the loaded receivers rotation.

That shouldn’t be a problem for the young Texas native. He could work his way into the mix right away with an impressive next month.

After the season Ohio State had defensively last year, it needs some young talent to step in and have an impact. That’s where Proctor comes into the equation, a guy who has proved on the practice field that he can hold his own alongside captain and All-American candidate Jordan Fuller.

As the Ohio State defense shifts to a new philosophy under a new coaching staff, Proctor will fight for playing time as a safety while Brendan White and Fuller maintain the Bullet position and the other safety slot.Â A starting spot might just beÂ Proctor’s to lose. He just needs to shine at fall camp to make sure he doesn’t give his opportunity away. 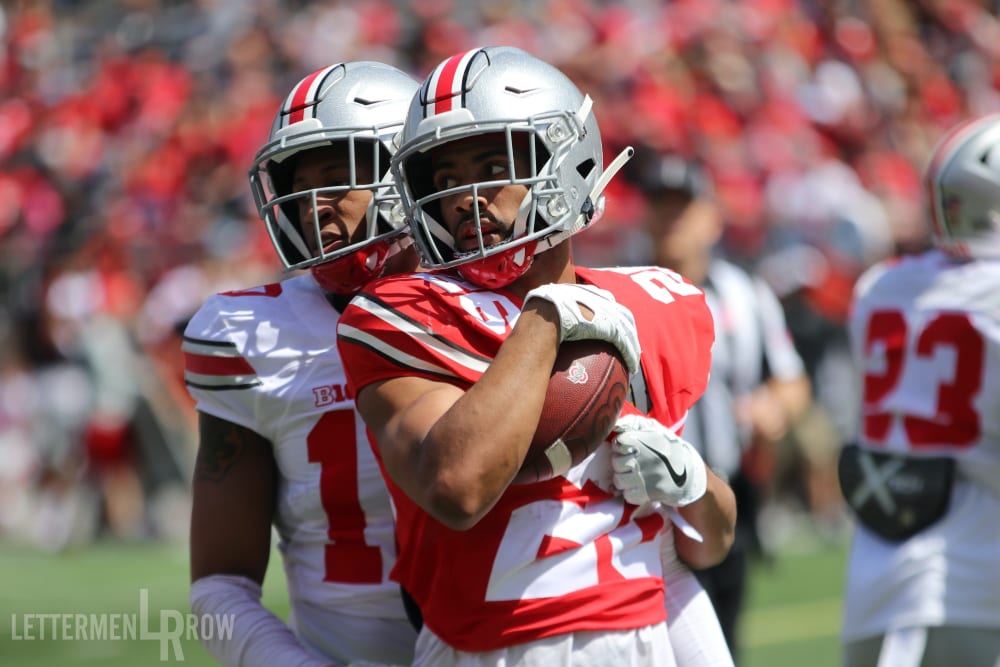 Last season, Parris Campbell had one of the most productive season for a receiver or H-back in the Urban Meyer Era, topping the 1,000-receiving yard marker. But he’s now with the Indianapolis Colts, and his spot needs filled.

Enter Jaelen Gill, who had a good spring and has an opportunity to fill his expectations as a recruit with results this season. Gill worked in the backfield, as a receiver and any way he could in the offseason, showing his versatility in the process. With a good month of August, he could make himself known come September.

The incoming battle for the starting middle linebacker job has been and will be talked about at nauseam throughout the summer and into fall camp. But that’s too be expected. The returning starter, Tuf Borland, struggled last season, and Mitchell is a talented youngster who showed the Ohio State coaching staff what he is capable of if he’s selected to start.

It’ll be tough for Mitchell to unseat the veteran Borland as a starter, but with a good showing in the next few weeks, Al Washington and the defensive staff will have a decision to make. If Mitchell impresses like he did in the spring, Washington’s decision might be easy.