Welcome to the Transfer Portal.

It seemed impossible that any term might usurp â€œR.P.O.â€ in the 2018-19 college football thesaurus.

And yet here we are, three weeks removed from Clemsonâ€™s pasting of Alabama in the College Football Playoff Championship and thereâ€™s a usurper: The famed portal full of transfer options.

Since the NCAA adopted measures to grant more power to student-athletes in control of their playing careers, and since specifically college football is seeing more and more players gain immediately eligibility with a new school rather than sitting out the oft-mandated one-year term, the transfer portal has become ubiquitous in discussing college football.

For example, many folks know that Penn State has a trio of four-star pass-catchers â€œin the portal,â€ but it goes beyond that; presently, 19 Nittany Lions are listed there, per sources with direct access, since its arrival online in October.

Ohio Stateâ€™s portal entrants are known and donâ€™t project any great losses for the Buckeyes, as they transition from Urban Meyer into the Ryan Day Era.

Still, the Buckeyes — who return loads of talent in several key positions, plus are anxiously awaiting a ruling that could allow former five-star quarterback and Georgia transfer Justin Fields to gain immediately eligibility in Columbus — potentially can bolster their roster with the steady stream of players entering the portal, either as transfers seeking a new home or graduates looking to cap their collegiate careers in a new setting.

Ohio Stateâ€™s needs seem mostly to exist around an experienced, older quarterback, depth for the offensive line and potentially something similar at the tight end position.

Fortunately, there are candidates available who could help the Buckeyes at all three position groups.

Citing sources with direct access to the database, Lettermen Row is diving into the portal to look at a few possibilities for Ohio State. 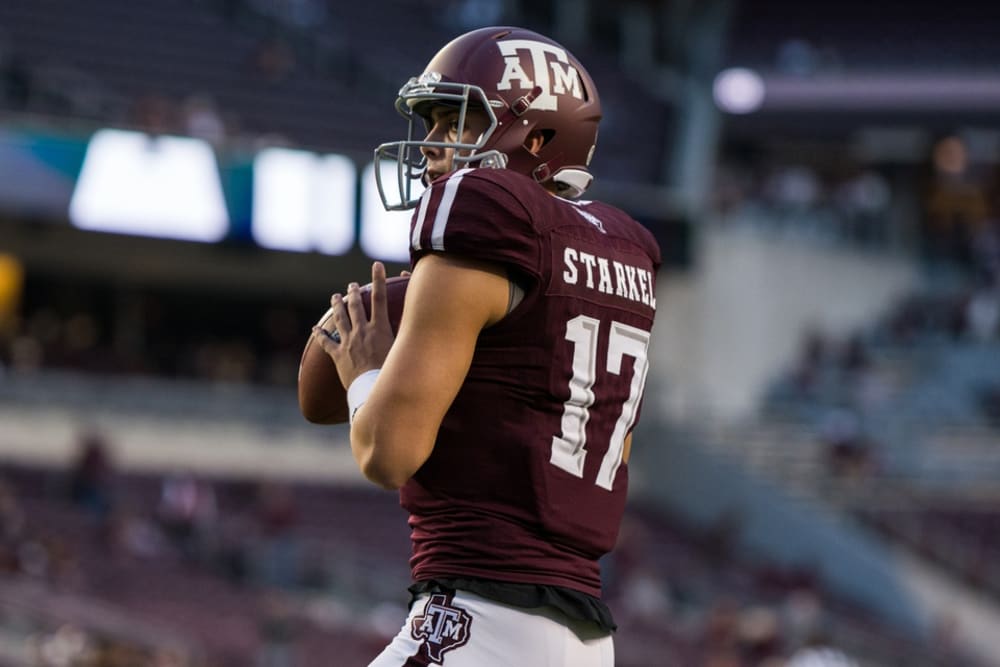 Shane Buechele, Texas, graduate transfer, dual-threat: Playing under former Buckeyes assistant Tom Herman, Buechele might present the easiest transition into the Ohio State offensive system. The 6-foot-1, 205-pound Buechele started double-digit games for the Longhorns before he was fully supplanted by Sam Ehlinger as the Longhors capped a surprising season with a Sugar Bowl win against favored Georgia. 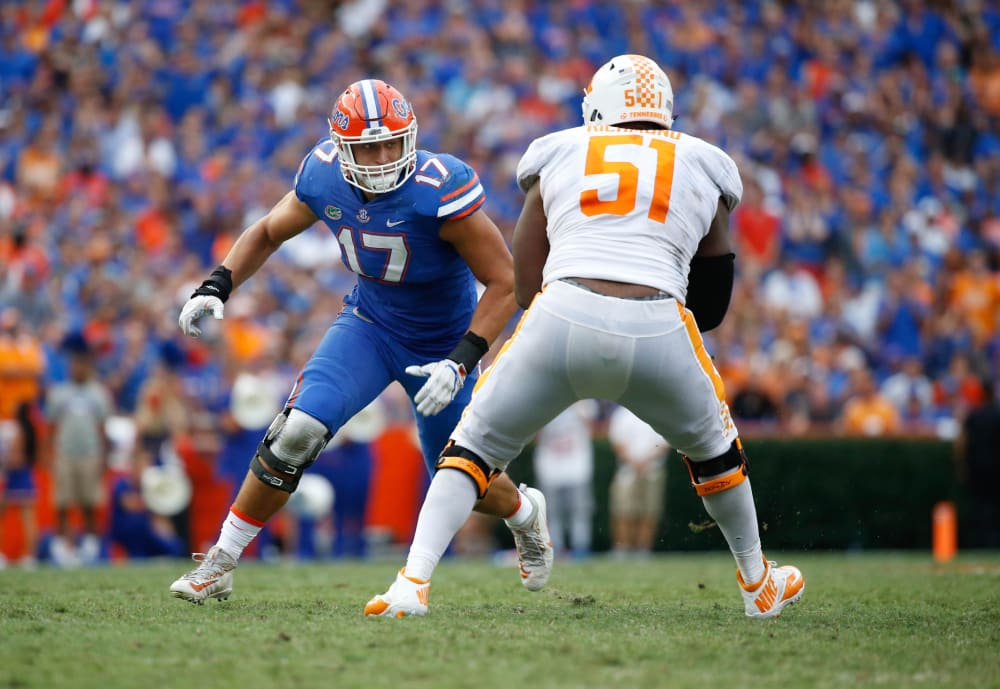 Drew Richmond, Tennessee: The former Rivals.com five-star prospect and consensus top-100 recruit, Richmond has started most of the past three seasons for the Volunteers. He had been committed to Ole Miss before a signing day flip to Tennessee, but Richmond has not remotely met his prep hype. A change of scenery could benefit the Memphis, Tenn., native, who also has drawn interest from Manny Diaz and the Miami Hurricanes since â€œentering the portalâ€ two weeks ago.

Josh Wariboko-Alali, UCLA: A former four-star offensive guard who held an offer from Ohio State coming out of Oklahoma City, Wariboko-Alali was a former honor roll recipient for the Bruins who has one year of eligibility remaining. Standing 6-foot-2 and nearly 300 pounds, he has experience in 20 career games but committed, signed and played the early portion of his Bruins career prior to the arrival of Chip Kelly.

Alex Gellerstedt, Penn State: A former three-star prospect with limited experience for the Nittany Lions, Gellerstedt can be in position to graduate with two years of eligibility remaining. The 6-foot-6, 311-pound tackle is a native of Dublin, Ohio.

Eli Wolf, Tennessee: An adept pass-catcher who turned down an Eastern Michigan offer to walk on and join his brother Ethan at Tennessee, Eli Wolf was embraced by the new Vols coaching staff headed by Jeremy Pruitt in 2018. Wolf even attended SEC Media Days. But he was not much of a factor for Tennessee. Heâ€™s 6-foot-4, 225-pounds and owns two more years of eligibility. Wolf does his best work in the slot against linebackers and has drawn praise from his coaches for improved physicality in the blocking game. Like Gellerstedt, Wolf is an Ohio native. 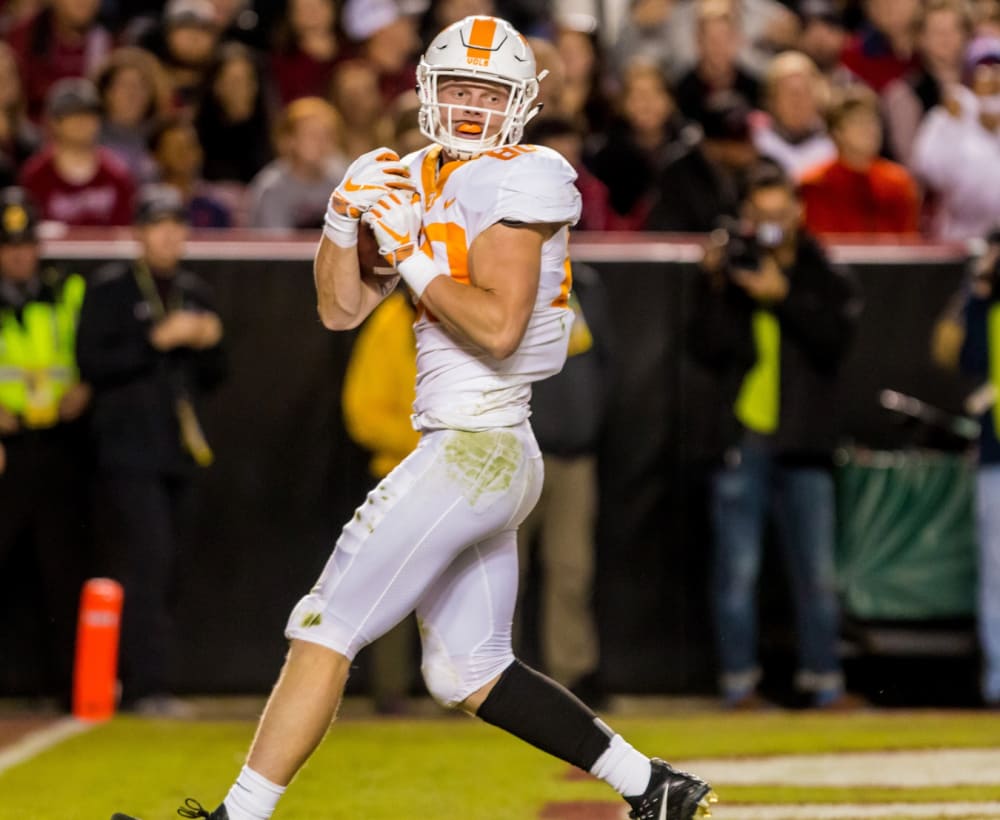