The speculation, debate and conversations about Ohio State never end, and Lettermen Row is always ready to dive into the discussions. All week long, senior writer Austin Ward will field topics about the Buckeyes submitted by readers and break down anything that’s on the minds of the Best Damn Fans in the Land. Have a question that needs to be tackled, like the one today about Ohio State and the transfer portal? Send it in right here — and check back daily for the answers.

At the first sign of trouble, teams are reaching into the Transfer Portal. I worry about the impact of future top recruits. It's probably good for the team but is it good for the long term health of the program as a whole?

Nobody in the country appears to have mastered the use of the transfer portal quite like Ohio State.

Why is the success rate so high for the Buckeyes? Primarily because they aren’t using it unless they truly need to find veteran help on the market. They also know what they want, don’t turn there at the expense of recruiting and developing their own talent — and have a lot to sell to the elite players they target.

That’s a winning formula for the long-term health of the program, and Ryan Day has used it to perfection over the last two years. Justin Fields is the headliner, of course, though he’s at least a bit of an exception to the approach because he had multiple seasons of eligibility left and wasn’t a certainty to get immediate eligibility. Jonah Jackson fits the ideal blueprint the Buckeyes will continue to use in this new era of player movement. He was a proven, veteran player with a degree in hand, and Ohio State needed somebody to plug in at guard who would be ready to help right away. That worked perfectly last season, and it also didn’t block the path to playing time for a young guy waiting in the wings like Harry Miller, allowing the program to keep building from within.

Trey Sermon fits right into that mold, and his arrival from Oklahoma tracks with the way Ohio State is handling its roster management. The Buckeyes were thin and inexperienced in the backfield, Sermon has proven himself at the highest level and represented a one-year solution that would still allow Day to recruit two of the best recruits at the position in the country. It remains to be seen if Sermon will have the same impact on the Ohio State offense as Jackson did, but the odds of that happening seem pretty solid. 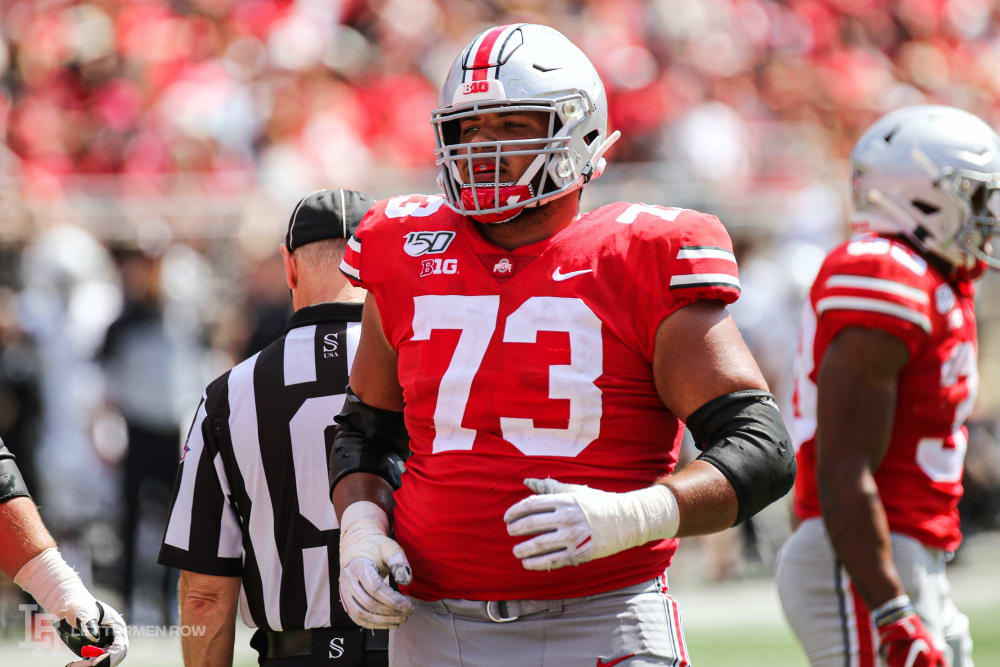 But beyond those handful of circumstances, Ohio State isn’t blindly charging after every player who enters his name into the database.Â There are plenty of teams who will jump into a second recruitment with seemingly no plan and no regard for the future, which then leaves them constantly chasing short-term help and trapped in a transfer cycle. But that doesn’t apply to the Buckeyes, who only use it when they have to and clearly prefer to rely on their own recruiting and developing to build an annual contender.

“You always have to look at it and be a part of it,” Day said. “I think that it’s changed. I think probably even three to four years ago it was almost like taboo to talk about something like that.

“But that’s the way things are going. So you always have to keep an eye on it.”

Sometimes there are factors beyond their control that require an outside solution. The Buckeyes weren’t expecting Dwayne Haskins to only be the starting quarterback for one season before bolting to the NFL, for example. And having the projected top-two running backs on the roster injured this spring left the program with an obvious hole that needed to be filled as soon as possible.

So, Ohio State will always monitor the portal in case those situations arise. But the key to its success is that doesn’t have to rely on it to fill out the entire depth chart.