The speculation, debate and conversations about Ohio State never end, and Lettermen Row is always ready to dive into the discussions. All week long, senior writer Austin Ward will field topics on Urban Meyer and the Buckeyes submitted by readers and break down anything that’s on the minds of the Best Damn Fans in the Land. Have a question that needs to be tackled, like the one today about the Ohio State wide receivers? Send it in right here — and check back daily for the answers.

There wasn’t as much drama this time around, but the stakes were every bit as high for the future of the wide receiver unit at Ohio State.

One guy was injured and looking forward to reclaiming his spot as the best all-around target on the roster. Another had just scratched the surface of his tremendous potential and was expected all along to return. And then there was one of the team’s most valuable weapons, a guy who had spent four years in the program, contributed at a high level and couldn’t have been blamed for moving on to the NFL.

But the Buckeyes are getting all three back. Just like they did a year ago with Johnnie Dixon, Parris Campbell and Terry McLaurin opting for senior seasons, there’s a new leadership trio poised to take the torch.

So, get ready to hear plenty about Austin Mack, Binjimen Victor and K.J. Hill this offseason as they protect and work to enhance the culture of a unit that has become the heartbeat for Ohio State. With Mack getting healthy coming off a broken foot, Victor confirming his plans to stick around and Hill surprisingly spurning the NFL, position coach Brian Hartline once again will has more than veteran experience and talent to build a game-breaking unit. 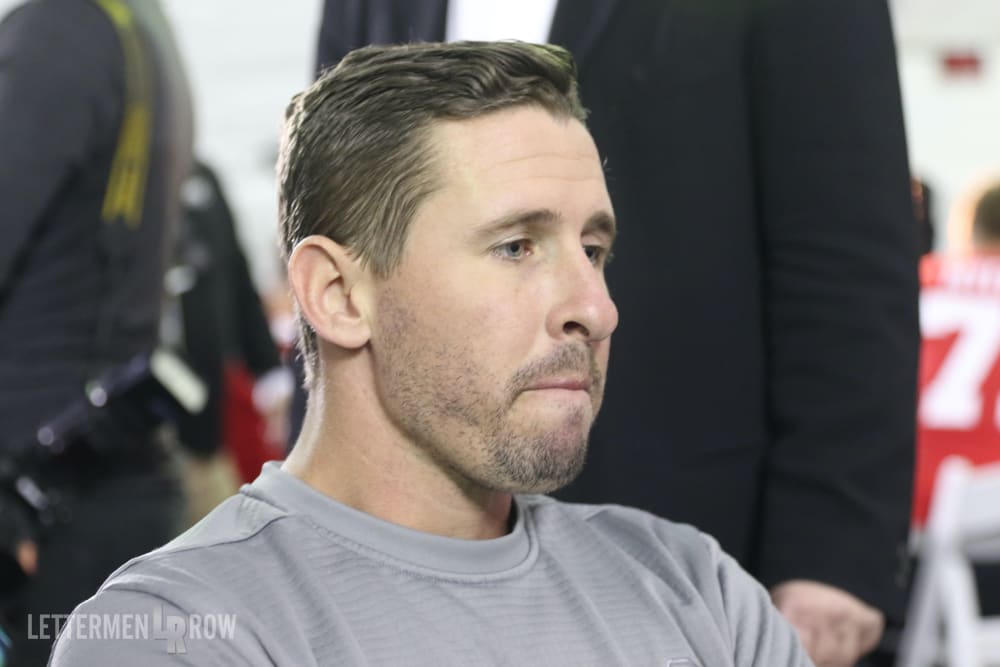 “I’m really excited for these guys to step into those roles — and earn those roles,” Hartline said before the Rose Bowl. “Austin will be a guy who can carry that torch. I think Ben Victor is really coming into his own, and his development over the last two months has been phenomenal. I think C.J. Saunders is going to emerge as a real leader in our room, the guys respect him and he’s earned that.

“The shape of 2018 became something [special]. The standard for 2019 will only be elevated, and it will be interesting to see how that group shapes itself moving forward.”

Those upperclassmen won’t have to do it by themselves, of course. But it will be up to them to demand the same kind of accountability that the previous captains did in elevating the performance of the wide receivers.

Chris Olave clearly has the makings of a star. Saunders does lots of thankless work, but he could wind up being a more frequent contributor in the slot. Dynamic athlete Jaelen Gill could be the next in line to explode at H-back. Coming off injury, there are high expectations for Kamryn Babb. And then there are newcomers Jameson Williams and five-star Garrett Wilson, with both looking capable of providing a jolt for the Buckeyes right away.

No matter what, the heaviest load will be on the Ohio State seniors to set the tone. And for the second year in a row, the Buckeyes are going to have a few sticking around to handle the job.